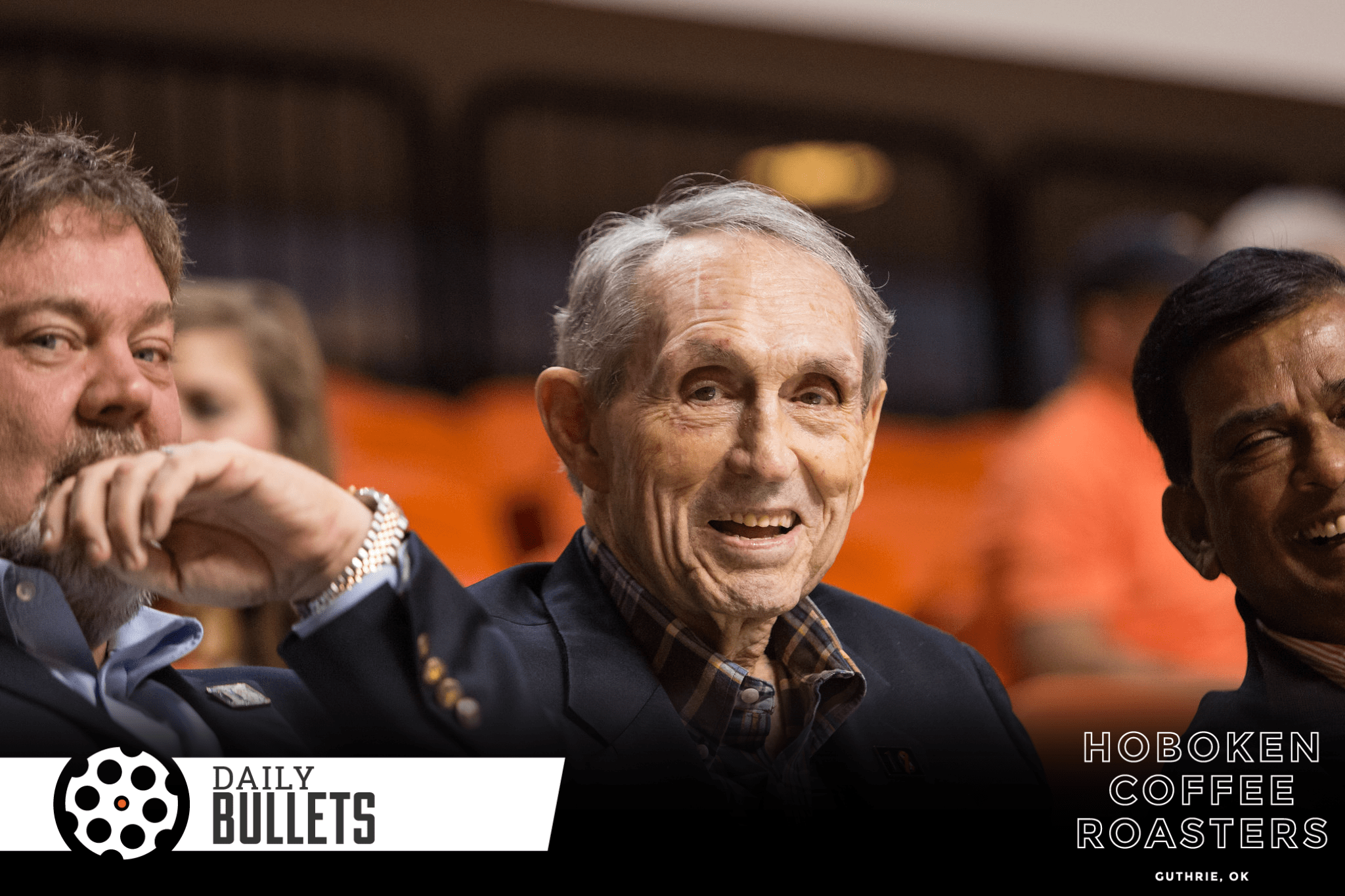 • Fran Fraschilla calls it “almost criminal” that Eddie Sutton isn’t in the Hall of Fame. He went further than that, too.

“If anyone votes against Eddie because he had an NCAA issue when he was at Kentucky, then more than a handful of coaches should be removed from the Hall of Fame,” Fraschilla said Friday. [Tulsa World]

• OSU’s offense is historically bad so far this year in the Big 12. Like “difficult to look at it’s so bad” bad. Here are the gory details.

• Kyle Cox says they need to involve Yor more in the offense. Concur!

• Does this headline sound familiar?

#okstate basketball is broken & there’s no excuse for this team to be non-competitive.

• If you do the math, it sure seems like Kasey Dunn is going to be the next offensive coordinator at Oklahoma State. If you’re not interested in math — or you just want to speculate with the rest of us — come join our thread on the topic (+).

• Berry Tramel predicts that OSU will make it to two Big 12 titles in the 20s but not win another Big 12 title.

• No real surprises on the OSU all-decade football team either.

• Loved this on Charles Howell III and his son.

When Howell was a standout at Oklahoma State, his coach (and now the Cowboys’ athletic director), Mike Holder, told him, “If you love the game as much when you leave here as you did when you’re coming in, then I’ve done my job.” [Golf Channel]

pro golfers sharing their trackman numbers on social media like suburban dads comparing their firewood stacks out back.

• Reminder that Derrick Henry is a giant.

• I finished Gladwell’s latest last night. I loved it. We’re actually having a discussion on it on our forum at the end of the month for anyone who wants to participate.

• Have you read a book yet this year?