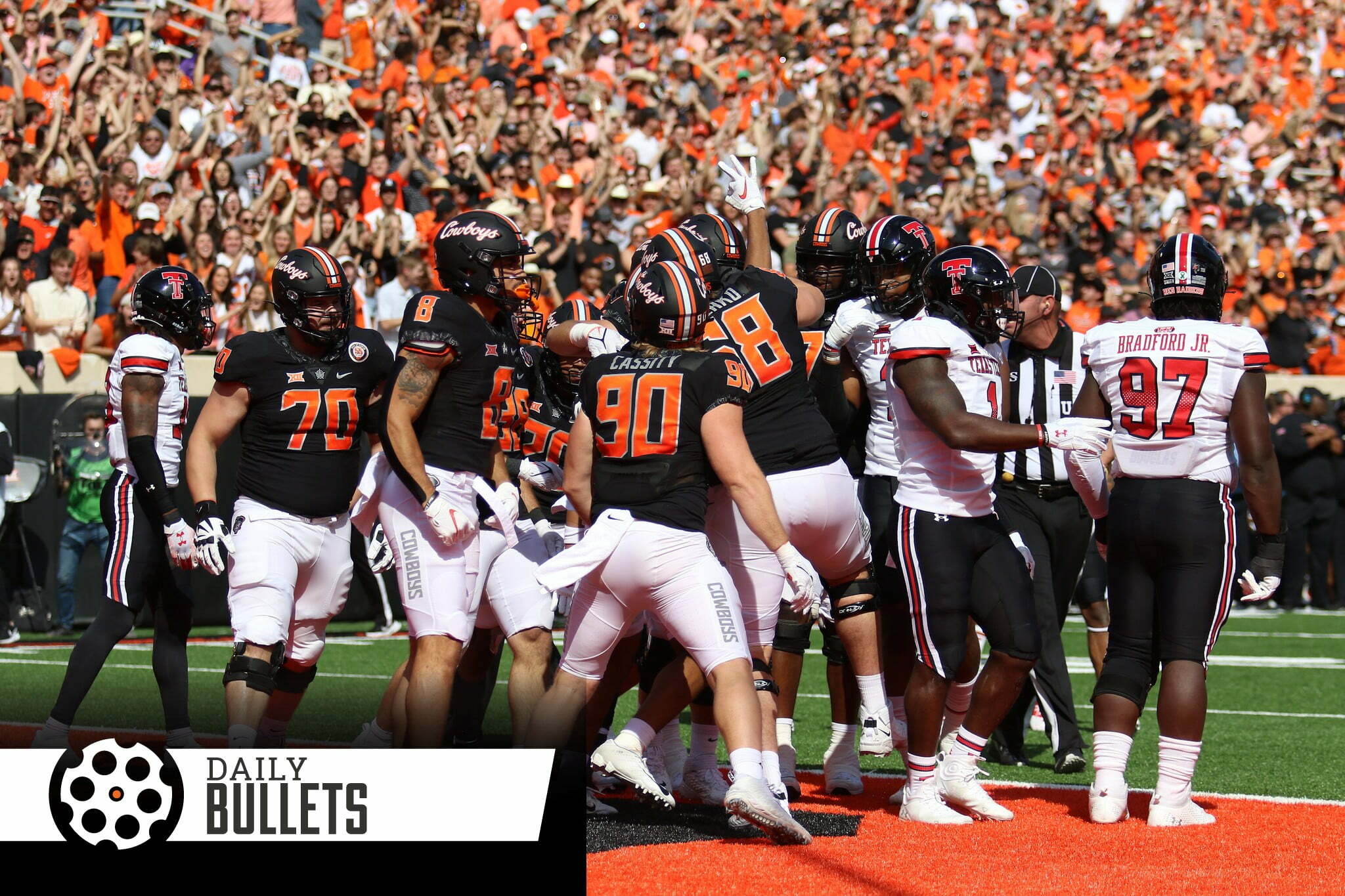 • This comparison of Spencer Sanders and new Cowboy Alan Bowman is helpful in drawing out what to expect from the likely new QB1:

If there is a trade off, Bowman is likely a better passer in the pocket. He has twice as many games with at least 400 yards passing, as well as double the number of games with at least 50 pass attempts. And Bowman did that in fewer than half as many starts as Sanders.

• The Pokes head to Waco for a matchup with the Baylor Bears tomorrow at 5 p.m. – Mike Boynton previews it here