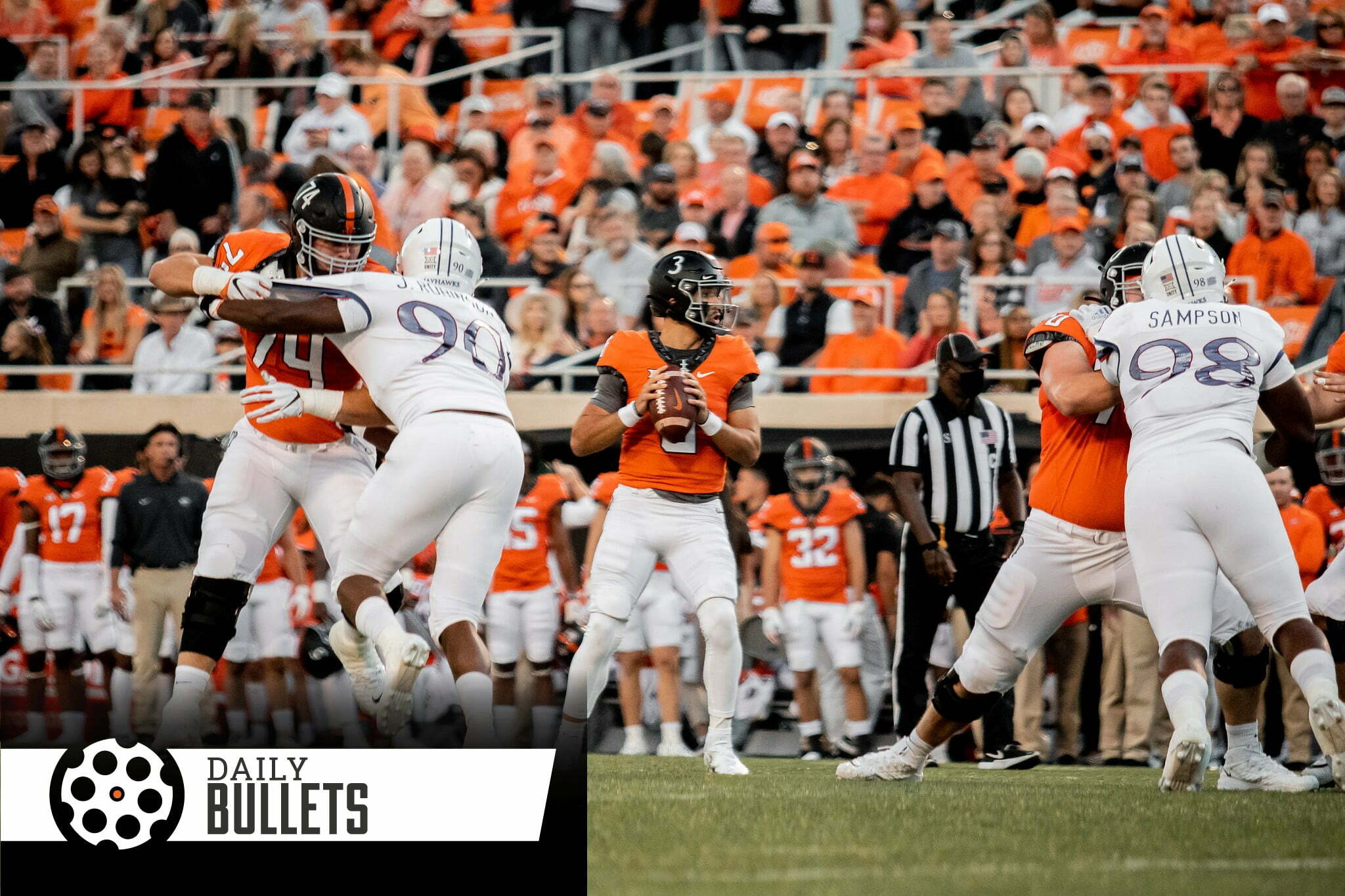 • That second-half run where the Pokes ran the Sooners out of the building was a pretty epic one for the Sooners’ season:

The early second-half run formed the beginnings of a fourth-straight Sooners defeat at OSU, the start of OU’s worst second-half defensive performance in Big 12 play, the impetus to its largest defeat in 2022-23 and the principal blows of a disastrous trip to the arena 87 miles north of Lloyd Noble Center.

• OSU is spreading out its lead a bit in the Bedlam series:

• I’ll be using this list to convince Mrs. Bullets we need to go skiing