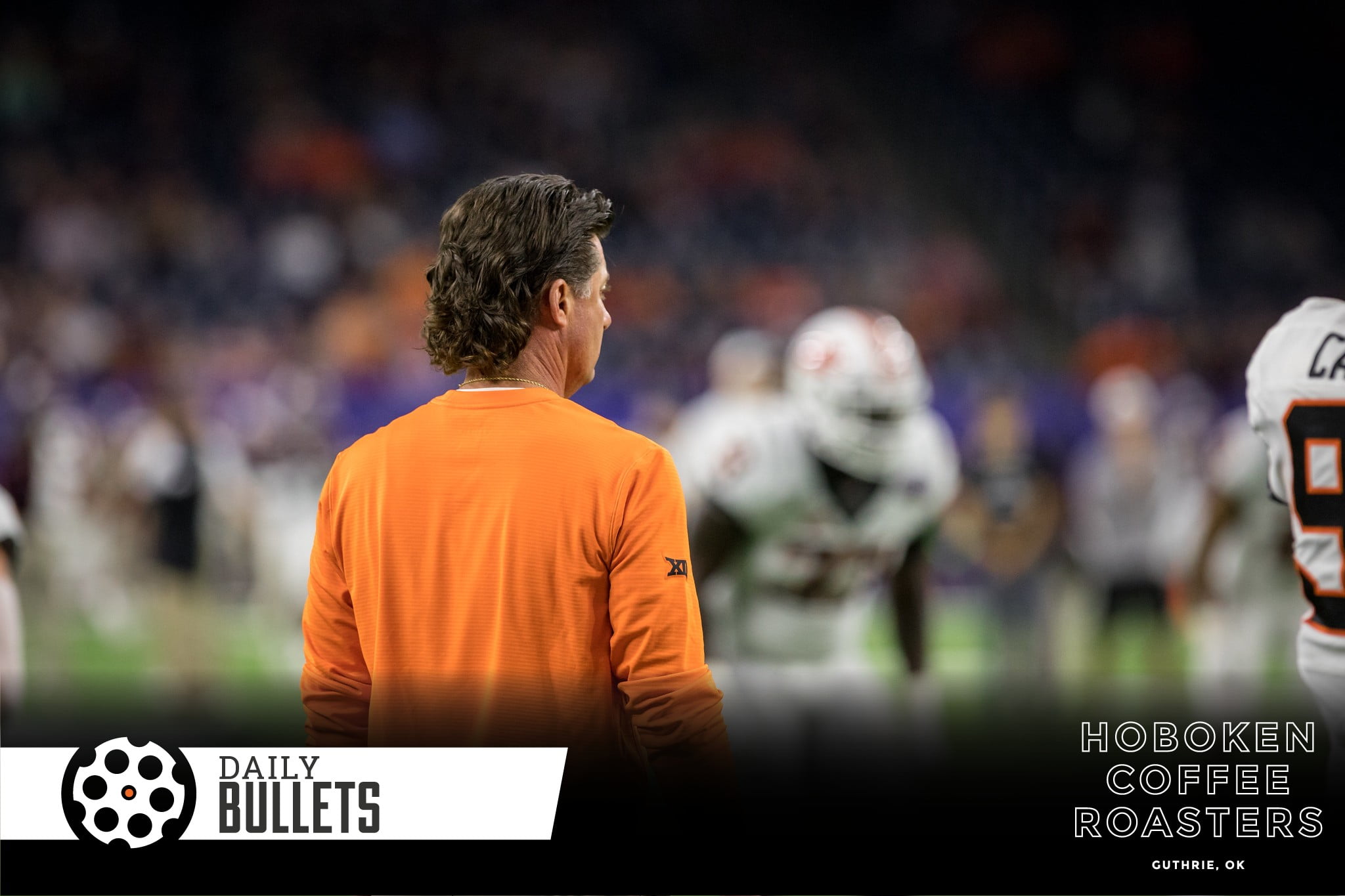 Enjoy the pep rally today at noon if you’re around Stillwater.

• While there are fair criticisms about Mike Gundy, there’s one undeniable quality about his program that is apparently terrific for those involved.

But you can’t control wins and losses. Not even someone as supremely talented as Hubbard can do that.

What can be more controlled is the kind of atmosphere surrounding the program. The vibe in the locker room. The relationship between players and coaches. The expectations for everyone.

Gundy has worked hard for years to develop all of that. He calls it The Cowboy Culture, and while it’s a bit ethereal – you can define it but not quantify it – it isn’t a bunch of touchy-feely mumbo jumbo either. [NewsOK]

When you see the third wave of stars return to play together, you can’t deny that there’s something that made it appealing. It’ shard to imagine players returning to a toxic environment.

Thank goodness for a culture that encourages guys capable of this to come back.

Four more than any other RB. pic.twitter.com/sApigpiObf

• Gosh, Cade Cunningham sounds like he’ll be a great time. Like a more accurate version of Jawun Evans/Byron Eaton with a better shot and easier time finishing around the hoop.

• In a hard-to-read article surveying Cowboy Basketball history, this coaching fact stuck out.

How ugly is this? Since OSU joined the Big 8 in the 1958-59 season, the coach with second best conference winning percentage is Travis Ford.

I was too young but with the players that I hear Leonard Hamilton had, it’s surprising they weren’t better in conference play.

• Gundy landed his first commit for the 2021 class yesterday

• This SGA article from The Ringer was a lot of fun
• This article was on reading was great and I loved this quote:

Successful people converge on three ways to learn: lots of reading time, some exercises and projects, and some conversations with people who are slightly ahead of them. [Medium]

I like this MLK quote in honor of yesterday’s holiday:

“I have decided to stick with love. Hate is too great a burden to bear.”