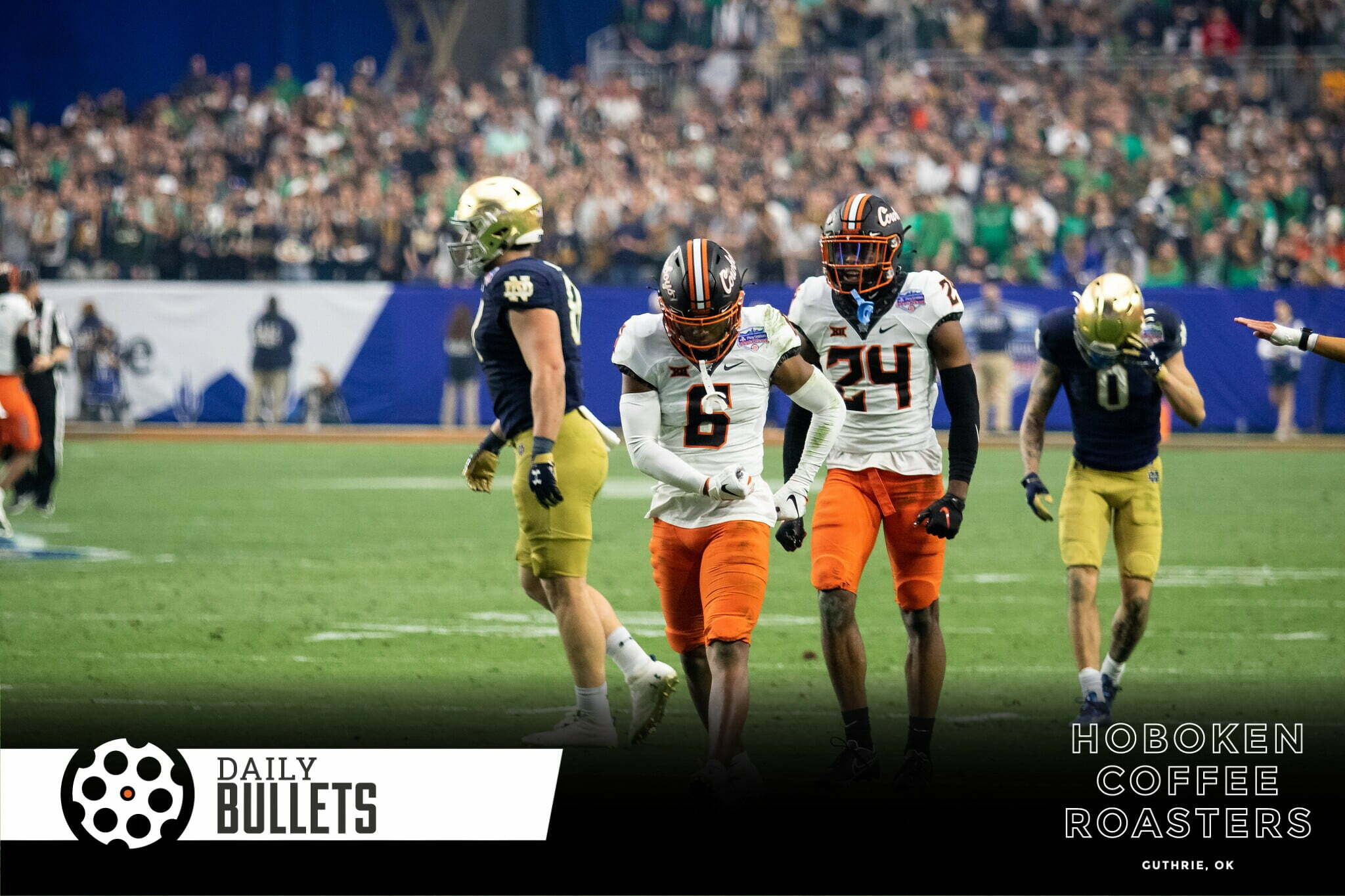 (Allen) did hear that (Bernard-Converse) is not set on leaving. One person close to the situation said that Jarrick was told by another player that went into the portal that he should do it just to see what his options are. There is always the speculation out there that some schools are offering lucrative NIL deals.

• Dueling reports: Derek Mason is “poised to be named (defensive coordinator)” at Oklahoma State while Robert Allen’s site is pushing back on that notion and saying he’s one of five candidates and no terms are being negotiated yet ($$$)

• What a legacy for this team to be the first OSU squad to beat a No. 1 team on the road:

The Bears made it close at the end, but the Cowboys made enough plays to hold on and beat a No. 1-ranked team on the road for the first time in school history.

It’s not like Baylor caught the Cowboys on a hot day. Bryce Thompson led OSU with 19 points, but no other Cowboy scored in double digits. OSU made just five of 16 3-point shots.

• Cade is having a wonderful rookie season – hard to overstate how much he’s taken to the game.

• Seeing this team show spunk and fight is wonderful – all for each other and pride.