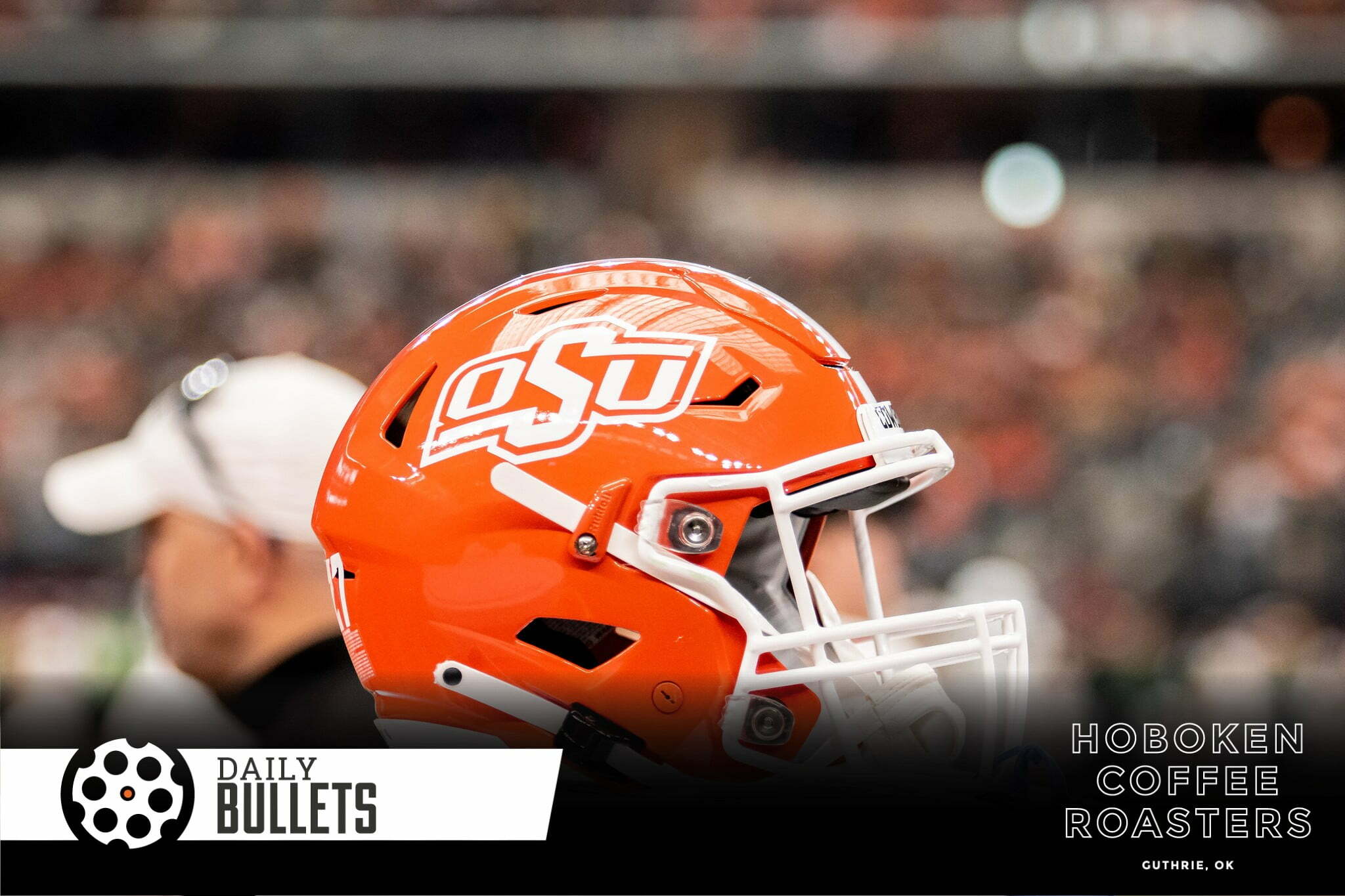 Can the Pokes make it three-in-a-row today?

• It sure seems like this Derek Mason-to-OSU concept is gaining momentum – this seems like a massive coup for Mike Gundy if true. To rob the kings of college football (SEC) of a higher-end coordinator feels big.

• As an OSU fan, watching Caleb Williams play for LSU or USC would make me smile. Assuming OU leaves after next football season (up in the air), I would pay to see junior Caleb Williams torch the Sooners in Baton Rogue or Norman.

• Things have trended differently for the Pokes and Longhorns over the last week:

Since the Oklahoma State’s 64-51 victory against Texas on Jan. 8, the Cowboys had a woeful two road games before knocking off the No. 1 team and scrapping out a win against TCU.

Meanwhile, the Longhorns enter Saturday’s rematch with OSU on a two-game skid, following losses to Iowa State and Kansas State, the two teams at the bottom of the Big 12 preseason poll.

• This quote on Jim Littell’s coaching roots in small town Kansas and the impact he had on girls is awesome:

“One of the first things that comes to mind right now is like ‘Oh my gosh, this guy actually believes that we can actually do something, that we can be good,’” (Point guard Lois) Neisis said.

• This podcast has been great – worth adding to the queue. Secondary and Derek Mason seem to be an interconnected thing as his background is in DBs. Carson and Colby on Rondell are great too.

• Would you rather have Derek Mason or the Mike Yurcich-of-D3 Defenses?

• No. 1 Five Thoughts from the Baylor win

• No. 3 Daily Bullets from Monday

• No. 4 Big 12 looking at splitting into two seven-team divisions

• No. 5 Auburn DC emerging as a candidate at OSU

“People often think it’s weird to get hyped about reading one page or meditating for one minute or making one sales call. But the point is not to do one thing. The point is to master the habit of showing up.

The truth is, a habit must be established before it can be improved. If you can’t learn the basic skill of showing up, then you have little hope of mastering the finer details. Instead of trying to engineer a perfect habit from the start, do the easy thing on a more consistent basis.

You have to standardize before you can optimize.”