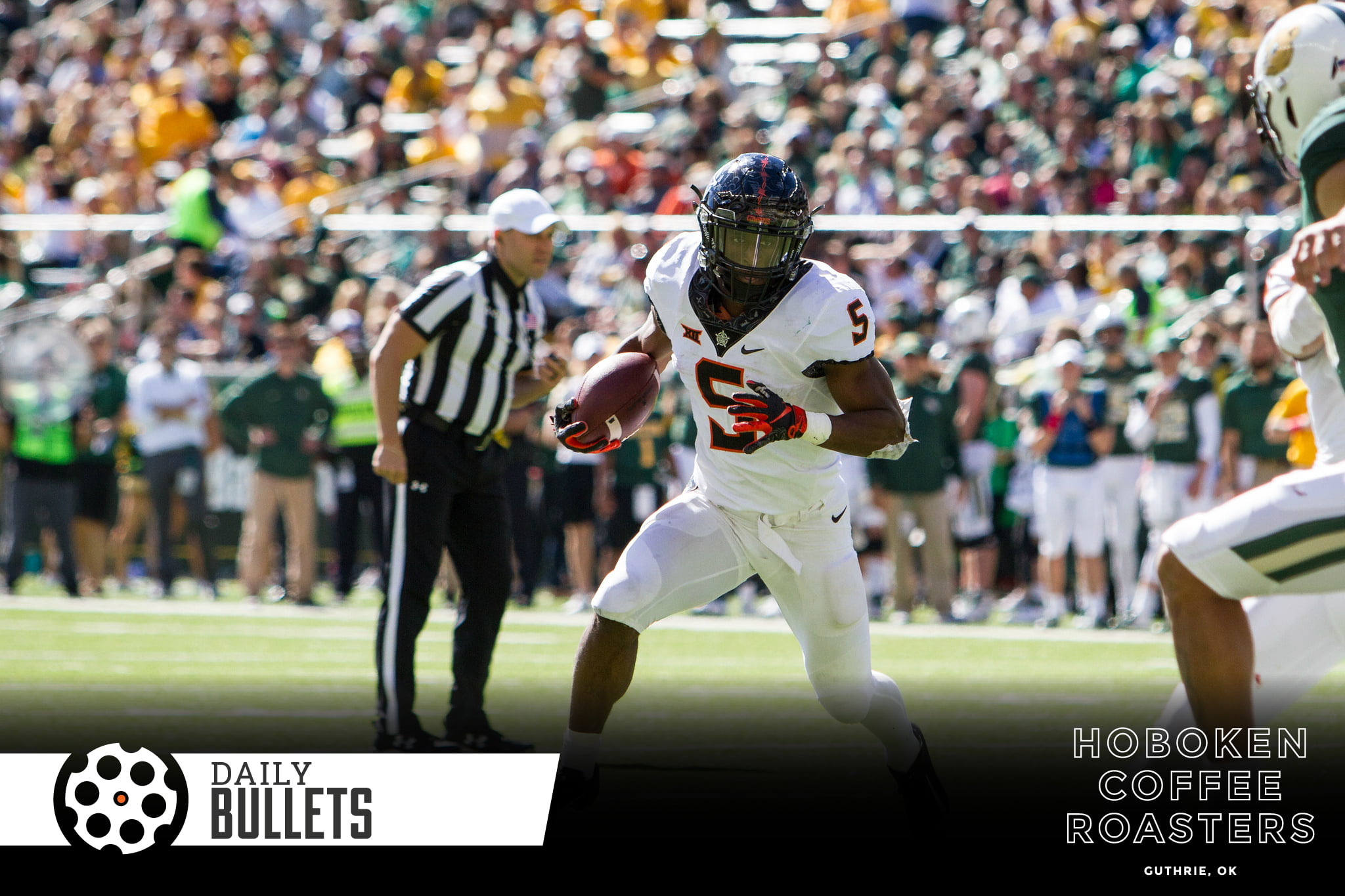 • Another unfortunate side effect of a short bench is the change in style of play for the Cowboys.

In about a four-minute span, OU big man Jamuni McNeace scored seven of his 13 points.

That stretch came when Yor Anei had two fouls and was forced to stand near the restricted area with his hands as high as possible and hope McNeace missed. The 6-foot-10 McNeace was an efficient 5-for-6, and the Sooners scored 38 points in the paint to OSU’s 16.

It’s another unfortunate situation because Boynton can’t afford Anei to not be out there for too long a stretch, as at plus-3, Anei was the only Cowboy positive in plus-minus. But, Anei also (and the rest of the Cowboys) can’t be as aggressive as they’d probably like because they can’t afford any ticky-tacky fouls. [PFB]

It’s so telling that Yor Anei is the only player with a positive plus-minus – when there’s a valid rim protector in, the game takes a turn for the better. Just imagine how good it could be when you’ve got a tandem of a Boone twin and Anei working the frontcourt.

• Ragusa is onto a solid landing spot for Justice Hill in the NFL.

The (Baltimore) Ravens really need some help on offense to take the pressure of their new franchise quarterback Lamar Jackson. Whether it be at receiver or running back, Baltimore needs to add some talent around Jackson. The Ravens ran Jackson too much and too often during this past season, and he needs a running back who can take some of the load off and reduce the amount of hits he takes. [PFB]

While Justice doesn’t seem to have the Chris Carson-workhorse back look to him but he could be a dynamic player teamed with someone like Heisman-winner Lamar Jackson.

• If you notice the Cowboys seem to be hitting shots at a higher clip, it could very well have to do with the new ShotTracker system they’ve enlisted.

The system, which cost $45,000 but was paid for by a private donor, informs players of their “hot spots,” the areas where they are the most effective shooters, while also providing rebounding information and assist-to-turnover ratios.

Coaches are also able to use the data to evaluate the team’s most effective lineups. [NewsOK]

• A Cowboy Football “what-if” to consider is if Nick Starkel hadn’t flipped to Texas A&M (and Keondre Wudtee hadn’t filled his spot).

It all makes you wonder if things would have been different had Starkel stuck with his commitment to OSU. Would he have taken over for Rudolph in 2018, with three years eligibility remaining and lots of offensive weapons? [NewsOK]

The other end of that equation could be if Nick Starkel was in Stillwater in 2019, would he be surpassed by blue chip Mr. Texas Spencer Sanders.

• Boynton’s onto a program strength – fan support. If he builds it, they’ll come.

? "When you walk out there and see the crowd you see the reason why Oklahoma State basketball has a chance. Always." pic.twitter.com/RBYmMJiOjB

• These kicks are filthy (in a great way).

I couldn’t help myself. pic.twitter.com/HeYrpc6ZWV

• This gal’s experience on being a first-generation immigrant is eye-opening.

• Considering how your unique situation impacts your experiences/life perspective

• This faith-based read on cultivating self-control with the horticulture analogy was fantastic.