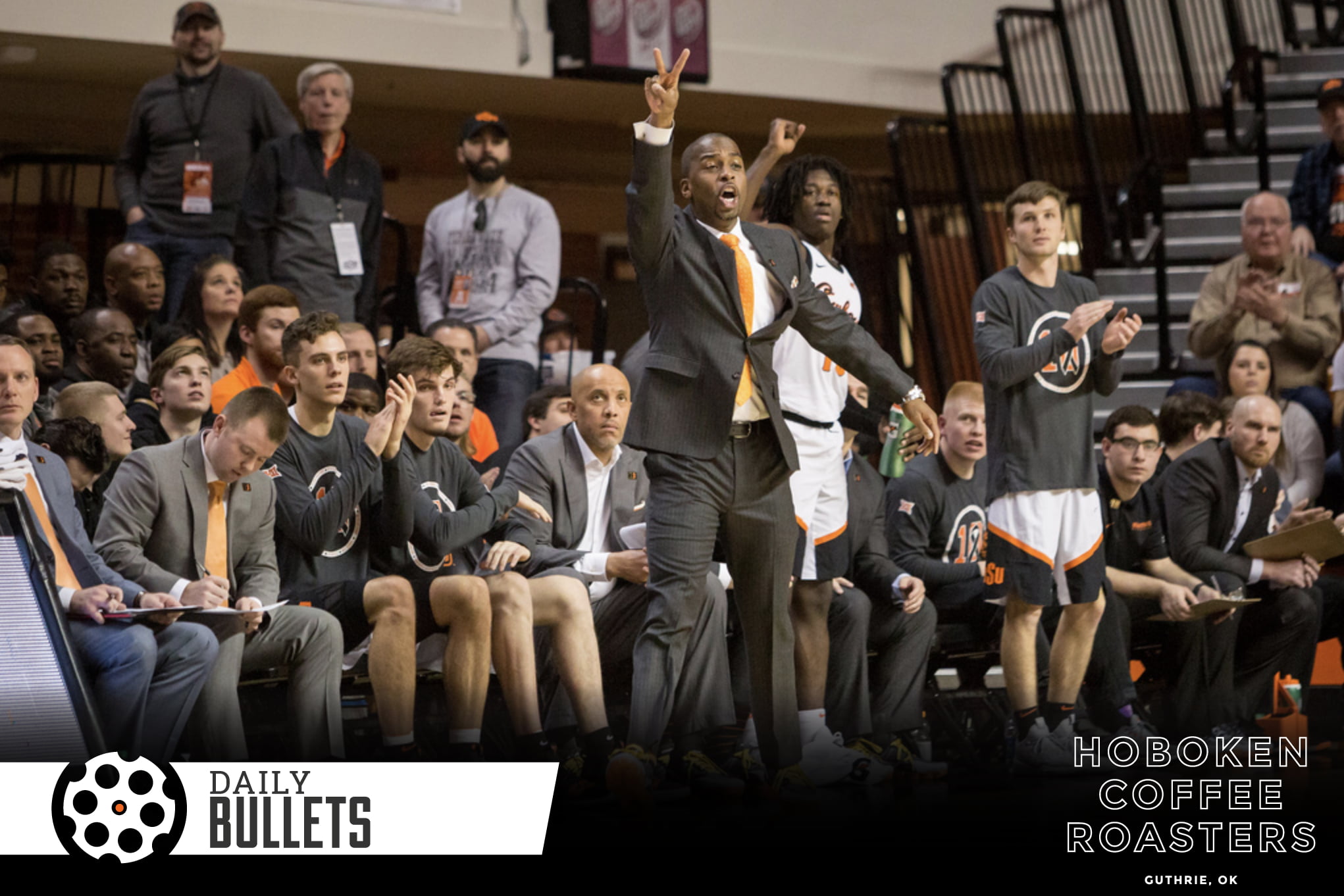 Good morning. Today is the 18th anniversary of January 27, 2001. Here are some great things OSU did this year to remember the 10.

• OC search continues (or just hasn’t been announced yet?). Scott Wright has five interesting names here (that probably don’t have a shot). One of them you should be quite familiar with by now.

Bodie Reeder: Yeah, him again. Even without the OSU connections detailed above, he’d be a perfect fit for this list, based on what Eastern Washington’s offense has done under his leadership. And while a potential quarterback coaching position is probably a more likely path for his return to OSU, Reeder is still regarded as a gifted offensive mind and a young, up-and-coming talent in the coaching world. [NewsOK]

• Great stuff here from Marshall Scott on a new defense OSU used on Saturday against S. Carolina that had Crime Dog at the top.

The Cowboys have struggled forcing turnovers in recent games because of fear of foul trouble. Iowa State and Oklahoma turned the ball over only six times each in the Cowboys’ past two games. OSU forced South Carolina into 11 turnovers Saturday.

Teams will obviously put a lot more prep into going against a 1-3-1 before playing OSU moving forward, so it will be interesting to see if the defense continues to work when teams are more ready for it. [PFB]

I don’t want to overstate Mike Boynton as a college coach, but when people look at his recruiting and think “Travis Ford 2.0,” this is the kind of stuff I point to as a rebuttal.

• Mike Boynton on what he learned from Frank Martin is very good.

And he learned a lot from Martin even from a bit of a distance, and Boynton says that the chief thing he took from Carolina’s current head coach is how to balance being demanding on the court with building a great relationship on and off of the court.

“Frank is one of the nicest people I’ve ever been around and you try to square that with the persona he has publicly that he’s mean, demeaning, or a bully but he’s the exact opposite,” Boynton said.

“He’s demanding, he can be challenging, but that’s a good thing. You can do that, but you have to do the other, and he’s the best I’ve been around in terms of finding that balance between really challenging guys in between the lines and making them understand it’s not personal. Off the court, you have a total ally.” [Go Pokes]

Big 12 commish Bob Bowlsby: “The extension of this preeminent basketball series assures our teams and fans high quality intersectional match-ups for years to come. We are pleased to continue our partnership with the SEC and ESPN to deliver these games for the next six years.” [Big 12]

• On raising (not lowering) expectations.

• On cutting out the big five companies from your life. Sounds like a lot of work!