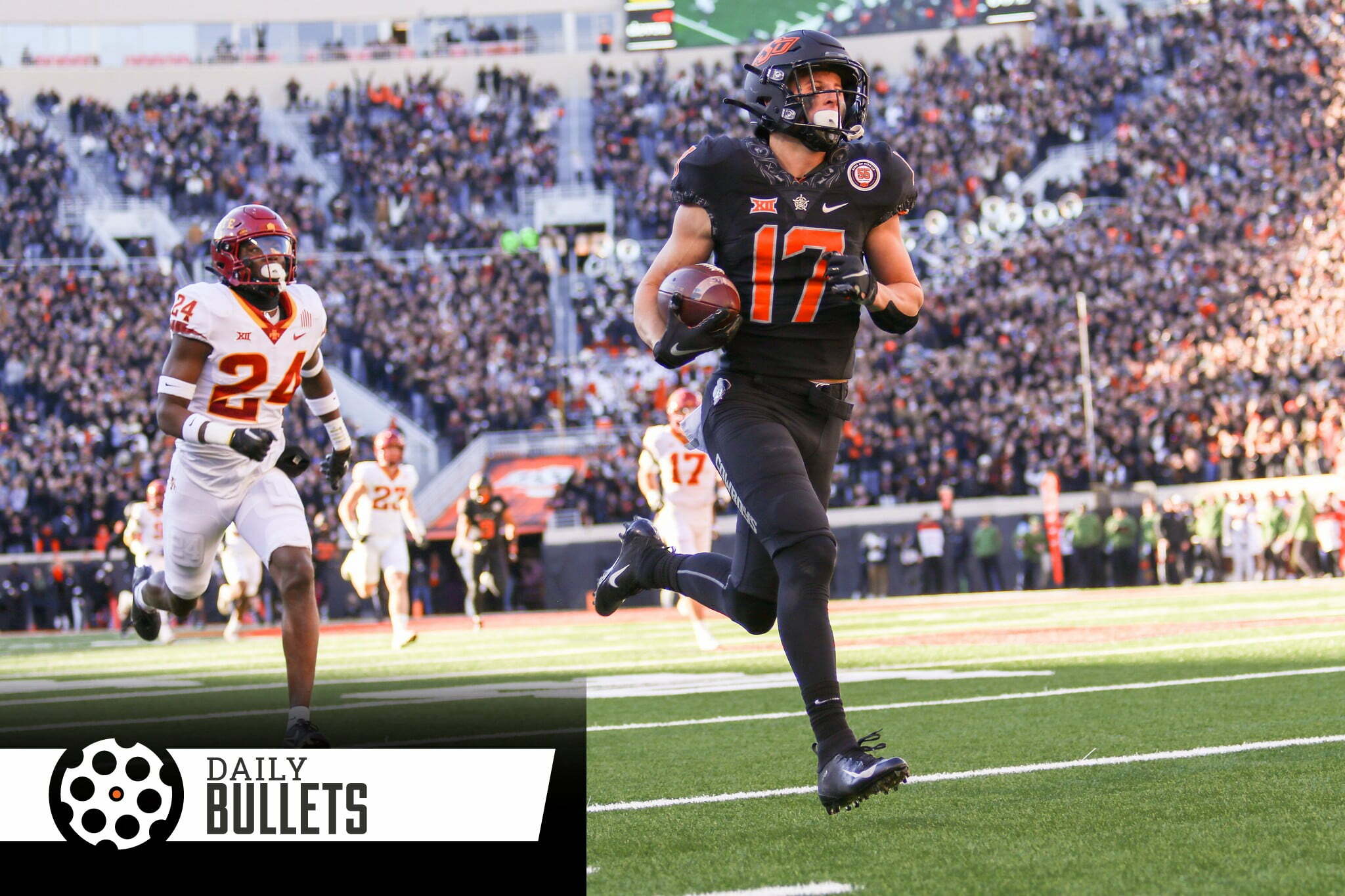 • Outside of TCU making the title game, it’s been a tough bowl season for the Big 12

• Berry Tramel had a great point about Mike Gundy’s harsh response to being asked about him making any potential staff moves:

If anyone thought the staff might stay status quo, those hopes were squashed by Gundy. He responded exactly like a coach who knows an announcement is coming.

If sleepless nights (for OSU coaches) resulted from the (Marshall) Scott/Gundy exchange, it wasn’t caused by the question, it was caused by the answer.

• Commentary from John Smith after the Southern Scuffle win

• Nice for the Pokes to get their first league win. If you can win as many as you lose in league play, that’s a team in the Big Dance.

• Could you imagine an NCAA Tournament with 90 teams?
• It was truly an epic set of CFP games last weekend

The biggest generator of long-term results is learning to do things when you don’t feel like doing them.