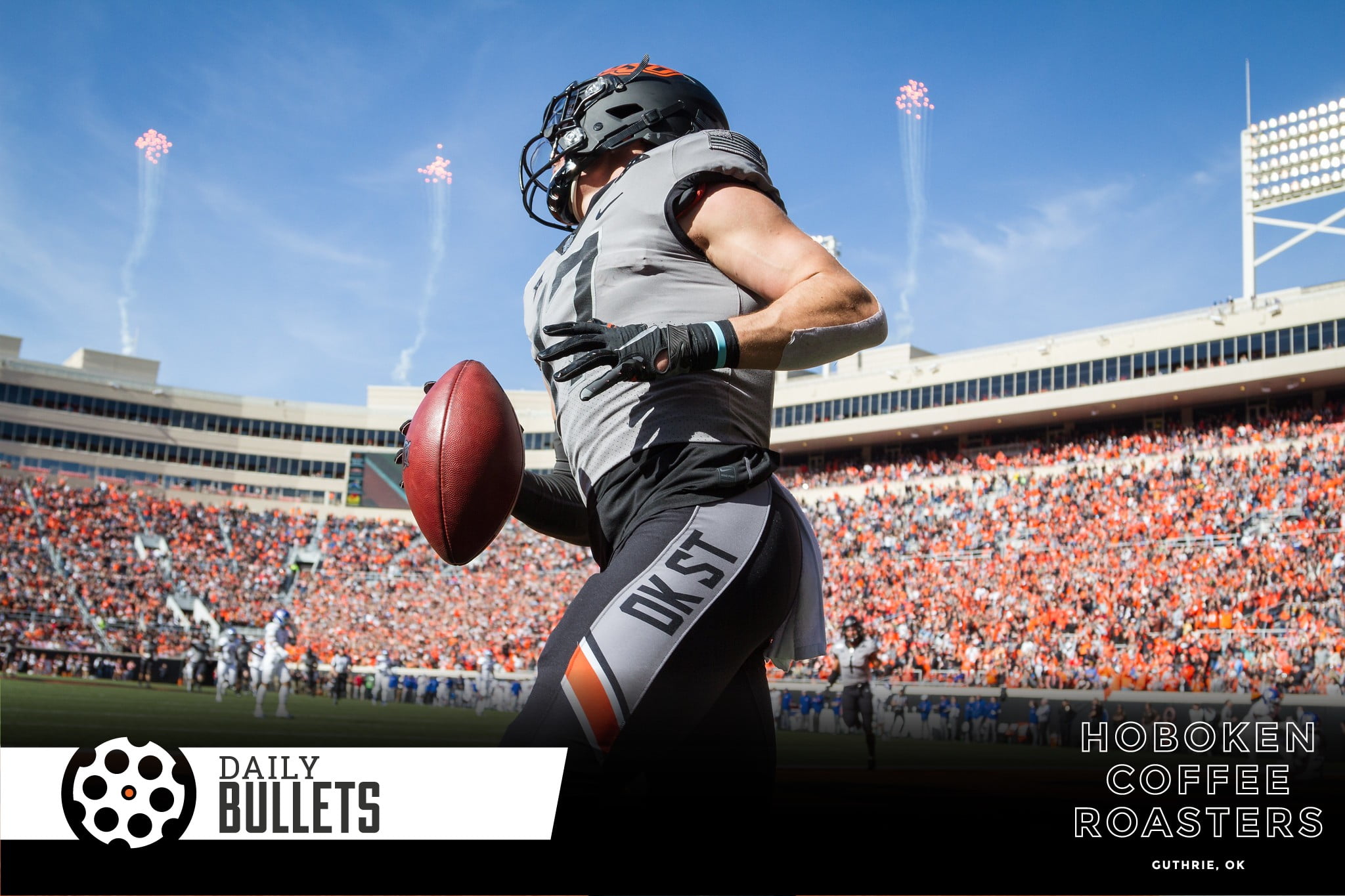 • When you think about what incoming recruits could make an impact, there’s a clear role in Mike Gundy’s offense for one guy: Bixby’s Brennan Presley.

I think his size is definitely a concern, but speed kills. Whether it’s at receiver or in the kickoff game, I wouldn’t be surprised to see him fill a role as a Jalen McCleskey-like playmaker. [PFB]

• It’s sort of a moot point in the Big 12 but I could get behind a ten-conference game schedule across CFB.

• He was a freshman but it was a fun year watching Spencer Sanders:

This was just year 1️⃣ for @SpenceSanders …

• Marcus Smart continues to be helpful to his team in numerous ways:

.@smart_MS3's been getting it done at both ends of the court this season. Check out his highlight reel so far.#MarcusMonday pic.twitter.com/kKOt89tNHN