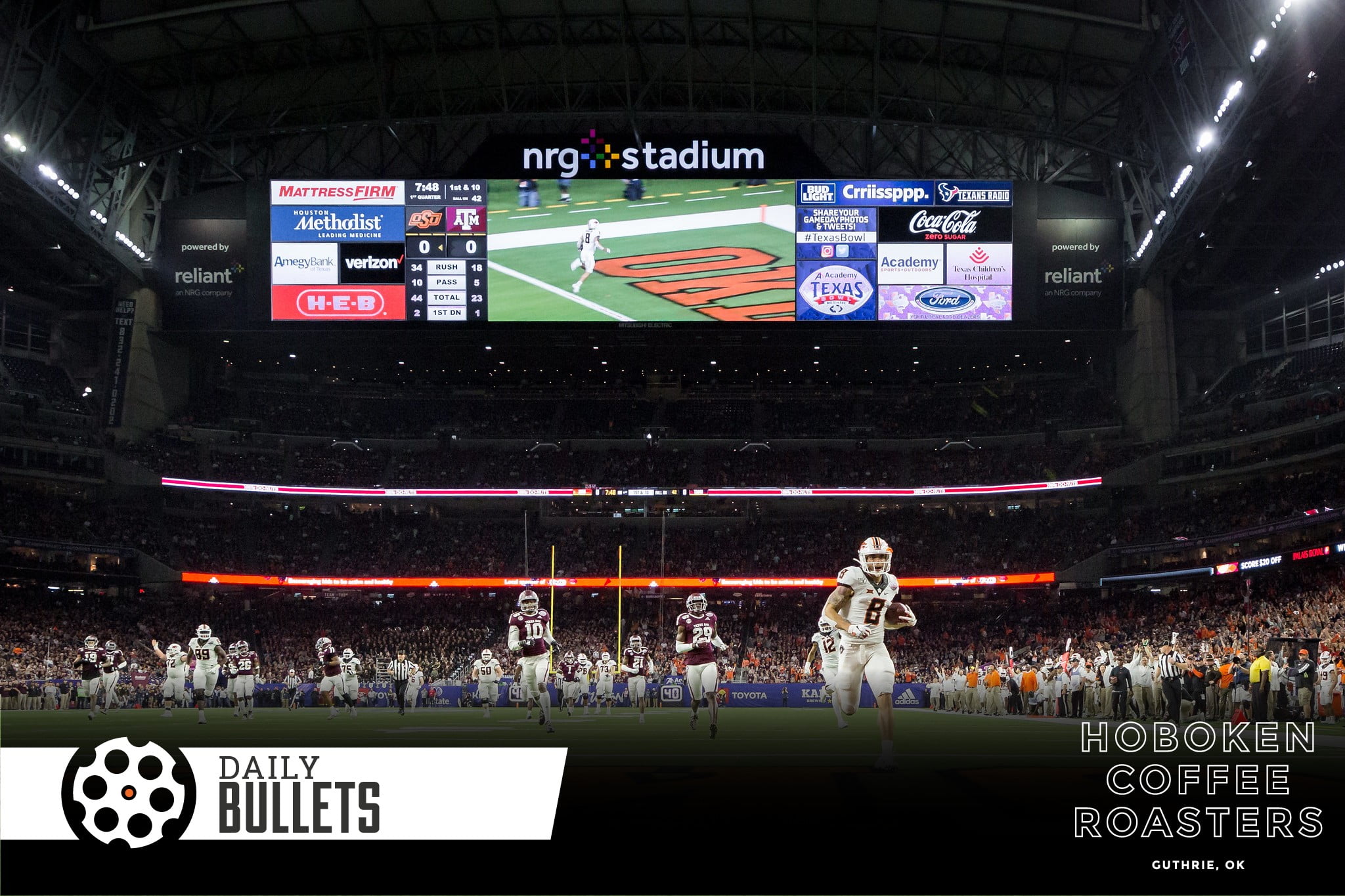 • The Big 12 announced yesterday that they’re postponing the media days that were to be coming up next week 🙁 The SEC news that broke that day combined with the ACC news before that probably had something to do with it:

So here’s where we stand right now.

If we’re going career, you go David Thompson. But if you’re looking at the most prolific seasons (in the same vein as Barry’s ’88 season), you go Chuba Hubbard. Kendall Hunter being top five all-time surprised me!

The teams on campus that are engaged in practicing include football with 20-hours of work a week and walk thrus; basketball with eight hours of work, four on the court and four in the weight room; and soccer, which has an exhibition match coming up two weeks from Friday on Aug. 13 against TCU at 10 a.m. in Fort Worth. [PokesReport]

• If you’re curious what college football insider Phil Steele thinks about the Pokes, look no further:

Phil Steele’s Take: “The defense was young (last year) but has 10 [returning starters] and they jump to #11 on my (experience) Chart. They host Texas in the season finale and that game could determine who gets to the Big 12 title game.” [GoPokes]

• Pokes offered a handful of recruits yesterday: a 2022 offensive lineman prospect, a 2022 cornerback, and a junior college tight end for 2021

• Amen Ogbongbemiga may be the most underrated player on the team. The dude. is. everywhere.

• OSU “close” to having a basketball schedule released.

More moving parts this year than normal, but we are working diligently on it everyday. We are close although I don't have a specific date for release.

• Love is inconvenient (faith-based)
• Finished this short-story collection by one of my favorite writers – incredible reads when you consider when she wrote them (1960s), where she wrote it (Deep South), and what the content is about (prejudice)

“Take a simple idea and take it seriously.”
—Charlie Munger