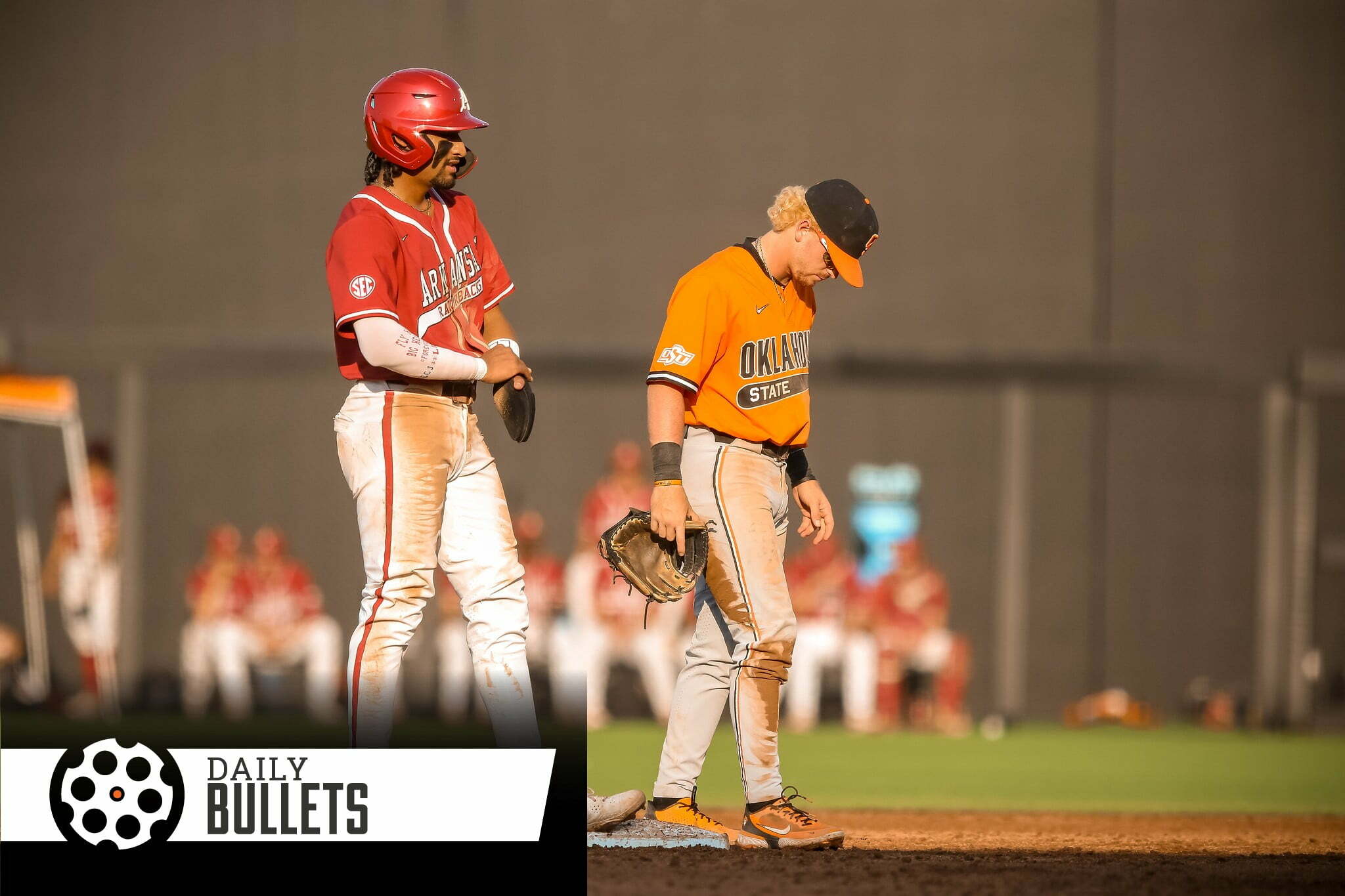 • Pray for weak Pac-12 TV numbers if you want OSU to add some legitimate brands to the Big 12:

The Pac-12 has basically convinced the four schools being courted to slow down and see what the numbers look like on a potential ACC partnership before they make any decision. “Everyone is kind of waiting,” an industry source said.

If that proposed deal is as financially flimsy as expected, the Big 12 conversations with those four schools could heat back up. If one of those schools breaks away from the Pac-12 and commits to the Big 12, a domino effect could soon follow. And that domino of four schools could end up being six, with Oregon and Washington following for safe ground.

• The O’Colly looked at OSU recruiting busts since 2000 – the perks of not following the herd on recruiting is you don’t have a lot of these. One is Tyreek Hill which is highly debatable.

• Looking at the options for the 18-teams who could join the Big 12, it’s a fun group when you stop and look at it.

Here’s another solution I’m not opposed to:

San Jose Mercury News reporter Jon Wilner, who first broke the new of the Trojans and Bruins leaving the Pac-12, offered an outside-of-the-box conjecture Thursday that would ultimately impact three conferences included in what is currently the Power Five. That is, send the remaining Pac-12 schools from the former South Division — Arizona, Arizona State, Colorado and Utah — to the Big 12 Conference, while four of the schools from the former North Division — Stanford, Cal, Oregon and Washington — merge with ACC.

The cultural fits of Stanford, Cal, Oregon, and Washington with the Big 12 is tenuous at best. Oregon and Washington would be great financially if the Big 12 could land them but it doesn’t feel like an intermediate term solution.

One idea thrown around is to give Oregon and Washington an option in the next grant-of-rights to leave for the Big Ten if they so choose at no penalty. Maybe throw one in there for the Cowboys to the SEC too 🙂

• Some real comments here from Trace Ford as he recovered from ACL surgery:

“My mom had the conversation with me numerous times where she was like ‘Maybe it’s time to retire. Maybe it’s time to hang up the cleats. Go play baseball. Go do this in business. It’s ok.’ There has been times I have sat in bed really considering it. Maybe she’s right.

• Realignment theme continues… Would you rather OSU play long-term in a Big 12/Pac-12 superconference or join the Sooners in the SEC?