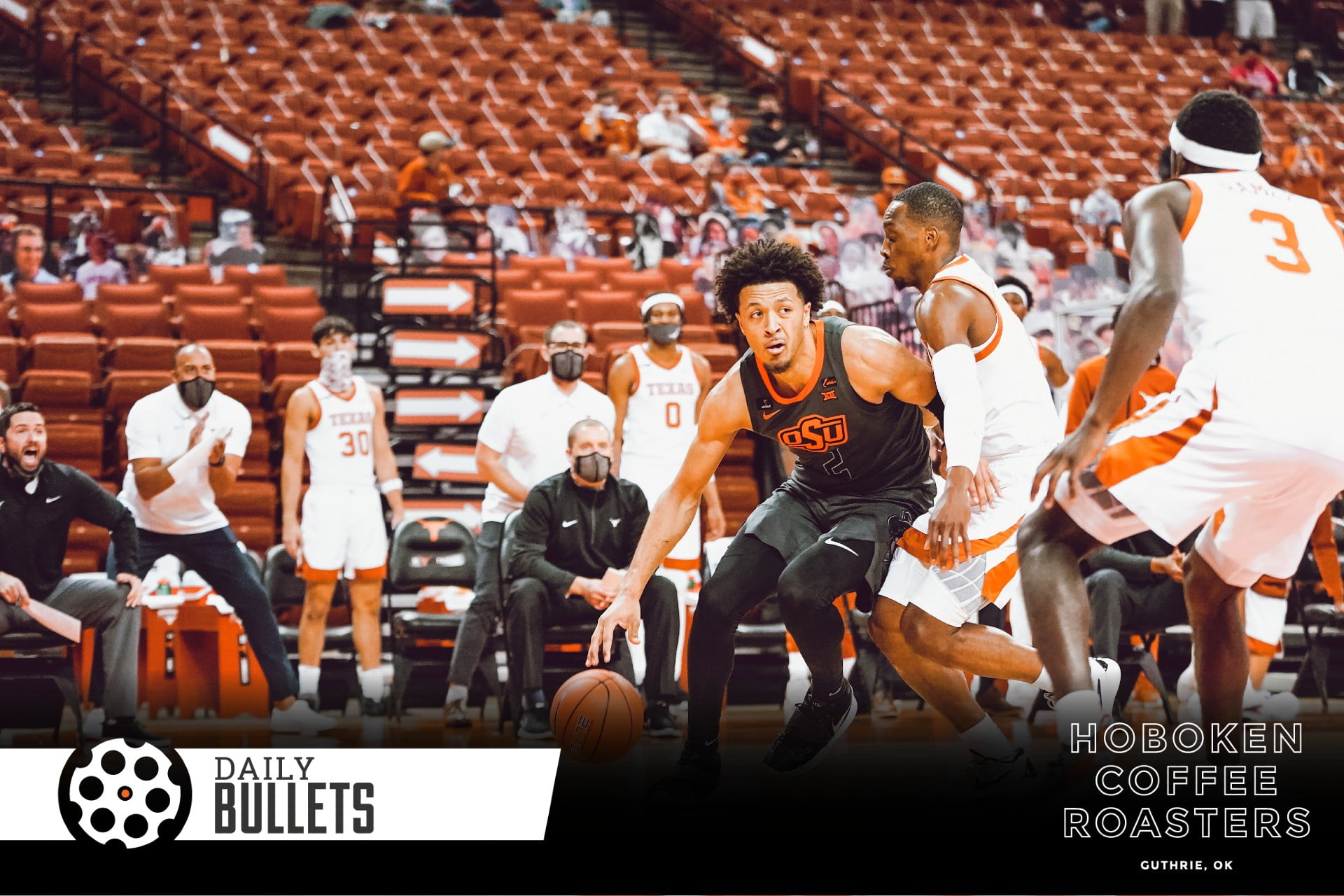 Thanks to his ability to play on or off the ball (40% from 3), his floor is a Khris Middleton type, while on the high end, Cunningham has shades of Tatum and Luka Doncic, thanks to his stellar court vision. Simply put, Cunningham is capable in a wide range of roles, and thanks to his calm demeanor, late-game heroics and clutch gene, he still has quite a bit of upside to tap into.

• This conversation on Twitter unearthed a nugget: Barry had more TDs in 1988 than Reggie Bush did in his entire career!

• Pretty spectacular to think about being in a full GIA again:

• What does it say about OSU’s spring sport success that a top-four in men’s golf, a national runner up in women’s golf, a CWS appearance for the softball team and a Big 12 tourney runner up feels a bit anticlimactic?

• No. 1 Mike Boynton shakes up his staff

• No. 3 Catch up on some Cowboy Hoops recruiting

• No. 4 …and on Cowboy Football recruiting

• No. 5 OSU announces home and home with Alabama