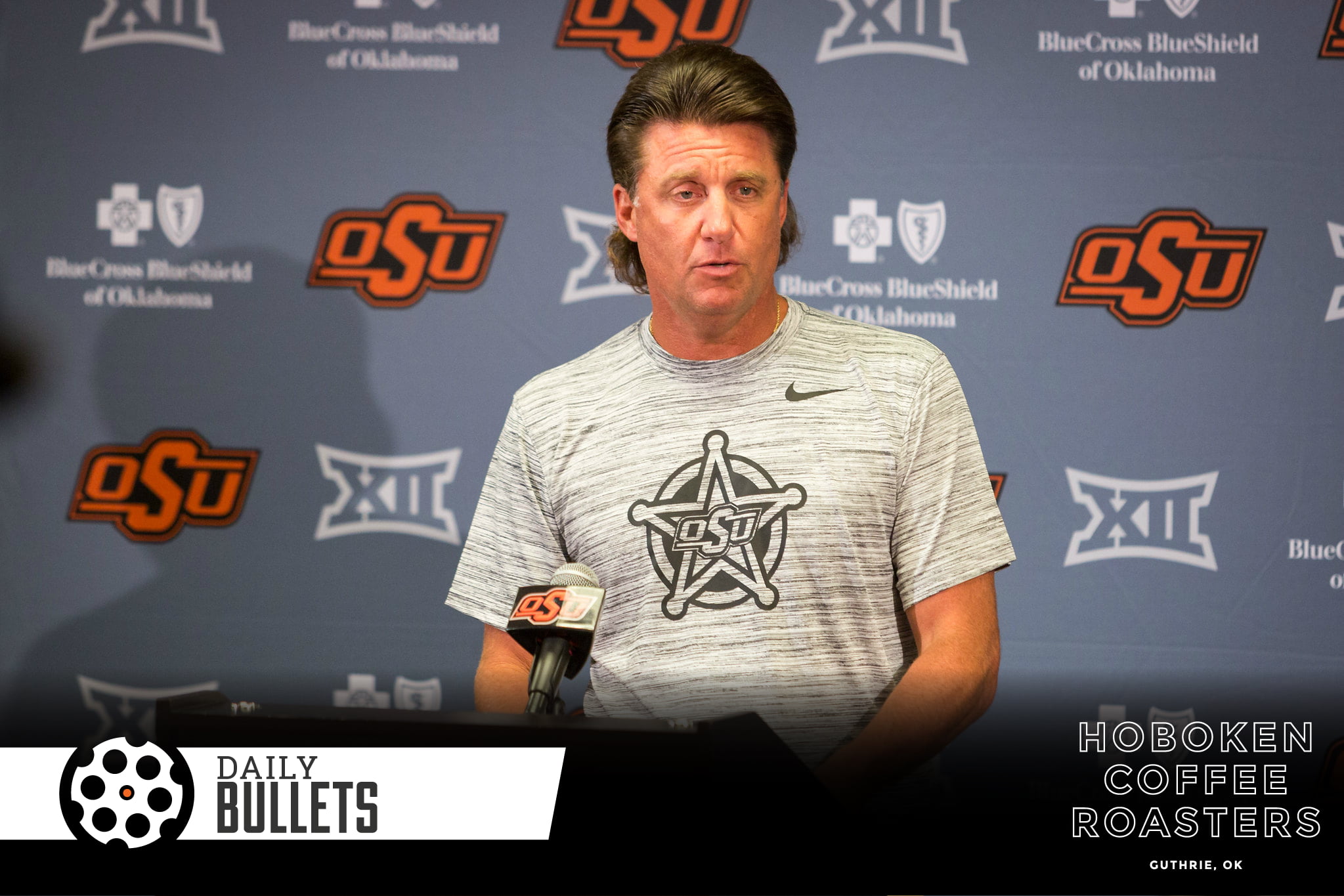 • Say it with me “Bring home, Zac!” This of course pertains to who should succeed Mike Gundy as the Cowboys head coach.

The other is 32-year-old Zac Robinson, who was Gundy’s quarterback in 2007-09 and became OSU’s career leader in total offense. After having become a renowned QB instructor in the Dallas area, Robinson this year was hired by the Los Angeles Rams as an assistant quarterbacks coach.

If Robinson performs well with the Rams, he could be fast-tracked to more prominent employment in the NFL. Whether it’s sooner or later, his track might lead back to Stillwater. [TulsaWorld]

If Robinson goes ahead and has himself a career as a coach, this would be super intriguing.

• It’s pretty crazy to think about what one rugby club is doing – stocking college football with punters.

Tom Hutton, a punter from Newborough, Australia, is one of the latest in a line of Aussie punters coming stateside through Prokick Australia. The Prokick Academy takes former Aussie rules and rugby players and teaches them the intricacies of American football in hopes of getting them a scholarship.

At signing day this year, OSU coach Mike Gundy said his new punter worked at a paper mill before coming to the states for spring ball. Now he’ll punt in front of 60,000 people in Boone Pickens Stadium this fall despite not having played in an actual American football game before. [PFB]

It’s almost the reverse of what happened with Mason Cox – talented athlete miscast in another sport but goes ahead and excels at more than one sport.

• This is a good question: what can Mike Boynton do with a (nearly) full roster?

The wait for a complete team is nearly done. Every expected newcomer has arrived except for graduate transfer Jonathan Laurent, who will join the Cowboys later in the summer.

“Now, we’re getting ourselves back where we’re gonna be able to create a competitive environment and give these kids a chance to grow and develop,” Boynton said. “And then go out and have some success as a group.” [NewsOK]

It can only help if the team can scrimmage scholarship players against each other in practice, right?

• I’m comfortable making that purchase but I get it.

I just paid $2 extra to get trashbags that had blue drawstrings and not red drawstring because it’s too close to ou colors. I’m 36 years old.

• This clip has shades of when Lindy went off in Lubbock this winter.

I mean, what is this?

Carsen Edwards is 6'0". De'Andre Hunter is 6'8" and he had Edwards the entire second half. And Edwards just did this. pic.twitter.com/sQy8xPuNjV

• This on the Malaysian airliner was a wild (long) read

If Steven Adams is traded, it may crush me.

Oklahoma City has increased its efforts this afternoon to shed salary along with the No. 21 pick en route to dodging luxury tax, league sources say. Steven Adams, Andre Roberson, Dennis Schroeder all very available at the moment.