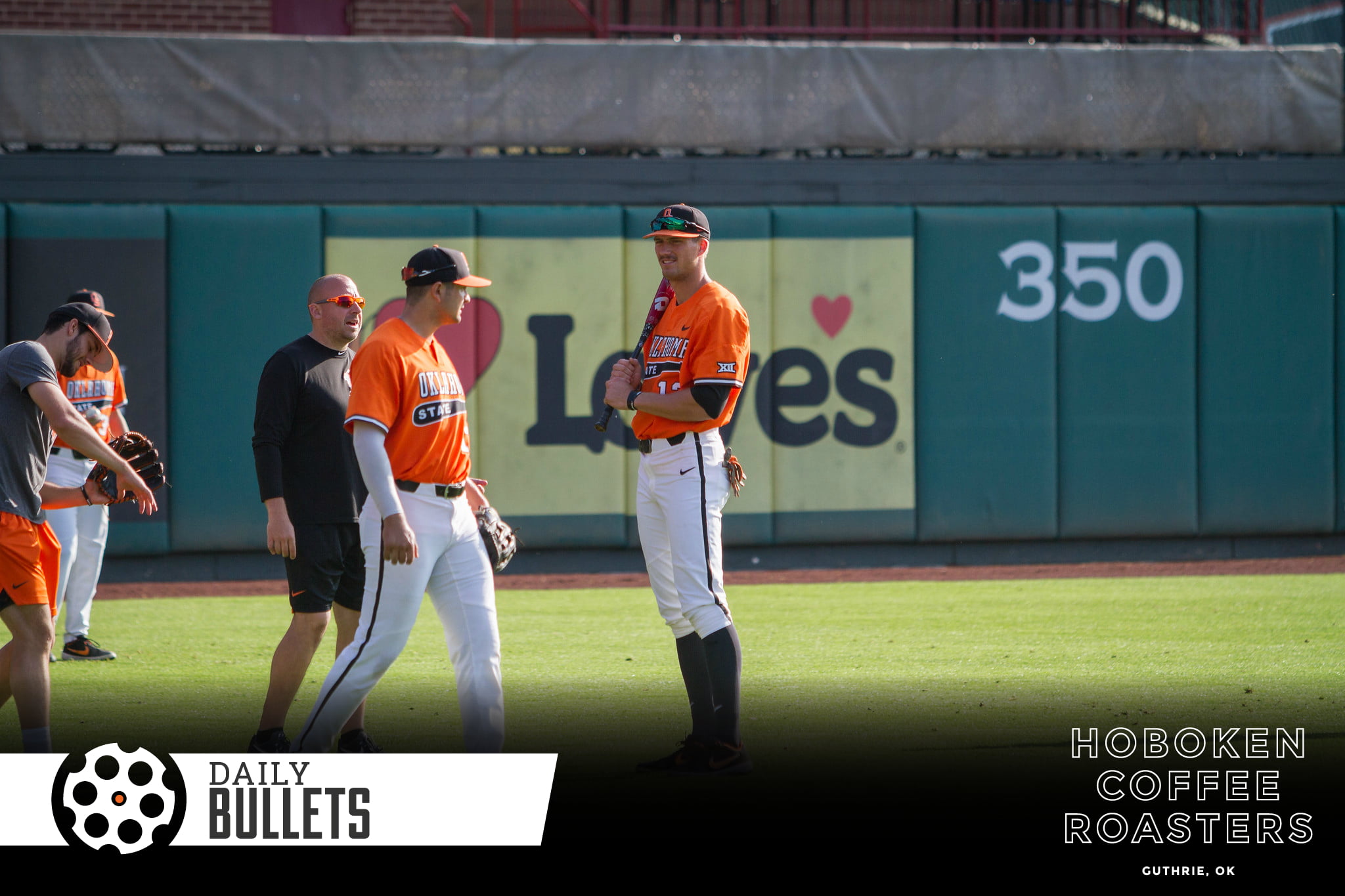 First pitch at 2 p.m. in Lubbock today – enjoy some playoff baseball this afternoon.

• Matthew Wolff is taking his highly recognizable swing and heading for the professional version of the game he’s clearly mastered.

Wolff is perhaps golf’s biggest rising star. He took home the NCAA individual title this year, which was icing on the cake for his season in which he won six times and also took home the Jack Nicklaus and Fred Haskins awards. In addition to his winning ways, he has one of the more recognizable — and quirky — golf swings. That can only help his #brand, especially if he continues winning at the pro level.

Before announcing his decision Thursday, Wolff ranked No. 2 in the amateur golf rankings behind only teammate Viktor Hovland. [PFB]

Wolff will open his career at the Travelers Open in just a couple of weeks –  the financial details of his sponsorships will be unreal.

• Cowboys are currently hosting a couple of football recruits – one’s a stud linebacker from the SEC.

Oklahoma State has actively been seeking some depth help at linebacker and (Richard) McBryde, a former four-star signee out of Henderson High School in Troy, Ala. was the Alabama USA Today Defensive Player of the Year and an Under Armour All-American. He red-shirted his first season at Auburn, played back-up and special teams his red-shirt freshman season, played more with eight tackles including two in the SEC Championship Game as a sophomore.

Last season he was injured (neck) in fall camp and missed the entire season. He graduated this spring and is eligible immediately. He is 6-1 and around 230 pounds and listed as an outside linebacker. [GoPokes]

The Pokes could use an experienced linebacker on the roster.

• Cowboy outfielder Carson McCusker made some plays in the regional tournament that carried the Pokes. Go ahead and learn about his unusually high shoulders.

Tall players are nothing new in baseball. The Cowboys alone have seven players who are 6-5 or taller, but with the exception of McCusker, all of them are pitchers. Players with his height are usually pitching or playing first base. Few are playing left field and leading the team in hitting — but heading into this weekend’s NCAA Super Regional at Texas Tech, that’s exactly what McCusker is doing.

“He’s a rare breed of cat, that’s for sure,” Cowboy coach Josh Holliday said as OSU prepared to depart for Lubbock. “Not many guys that tall can maintain that athletic ability that he has to play the outfield.

• The checklist for an explosive Big 12 offense.