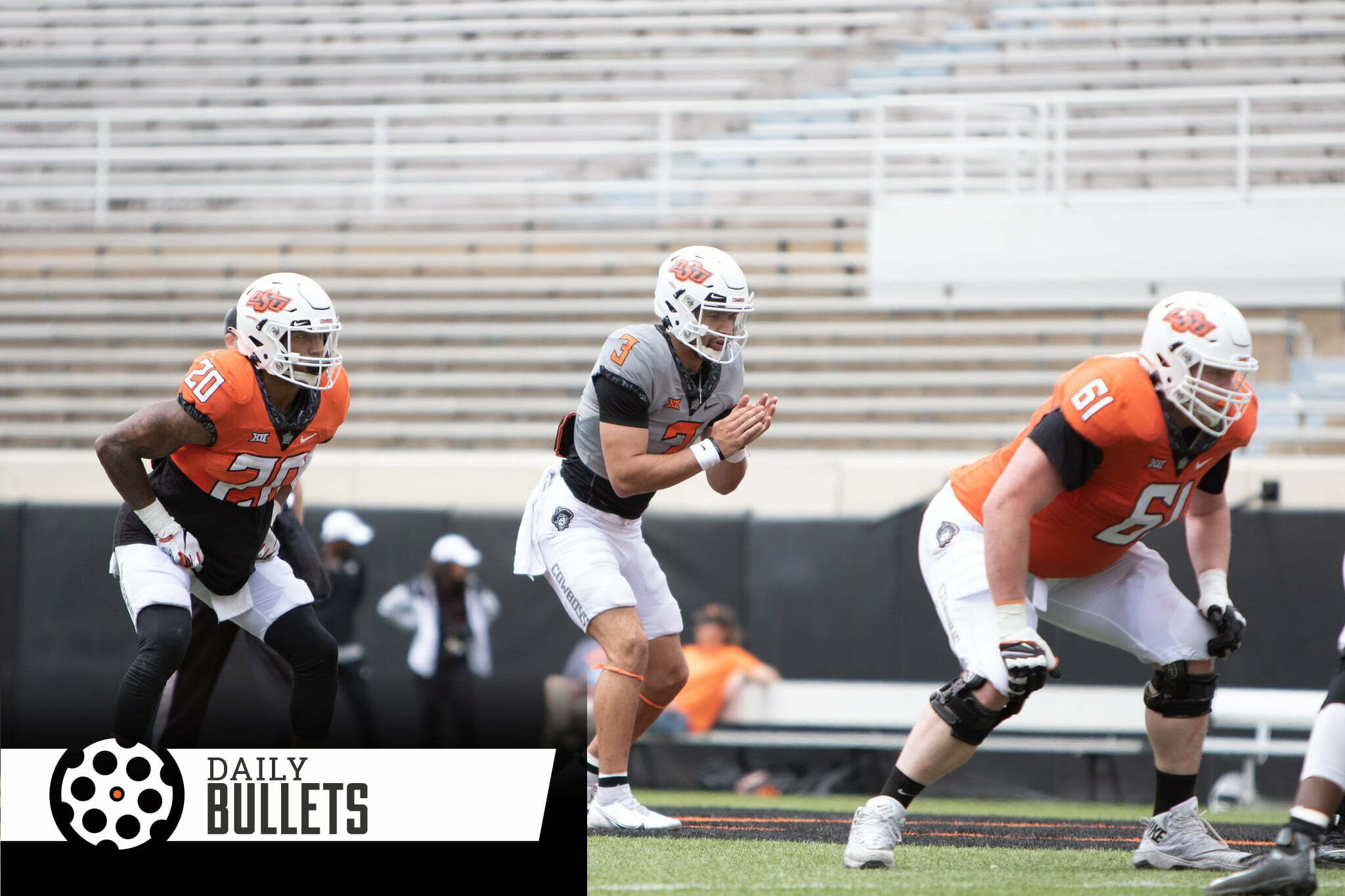 • Pretty great – OSU is the No. 8 team in the country against ranked opponents (since 2010). The Pokes are one spot ahead of Georgia!

• SportingNews has Mike Gundy as the No. 12 coach in college football – and here’s why:

There have been ups and downs through the BCS and CFP eras, but Gundy has strung together 16 straight winning seasons with the Cowboys, and with Lincoln Riley gone, that makes him the top coach in the Big 12 for now. Gundy broke the six-game losing streak to Oklahoma last season, but he missed the opportunity to win a second Big 12 championship.

• Take a look at who the Cowboys have offered lately

• Felt too painful to share at the time but the disappointment from Monday night felt like 65 percent of a Bedlam football loss:

6) Dads want to remember some athletes
How old is the Dad you’re talking to? Okay, here’s what you do. Figure out what sport he likes best. (There should be some indication on his hat, sweatshirt, or car.)

Look up a player who played in that sport the year he was 15. Doesn’t even have to be a good one. Just any player.

Walk up behind him and say the player’s name.

Now you’re listening to an extended monologue about how good Chuck Knoblauch was before he got the yips, or how no one messed with Charles Oakley.

He’s probably a little confused, but he’s too happy to notice.

• Loved this take from JT – the ability to love a person while disagreeing with their decision/opinions could be the single most lacking skill in our culture (and in my life):