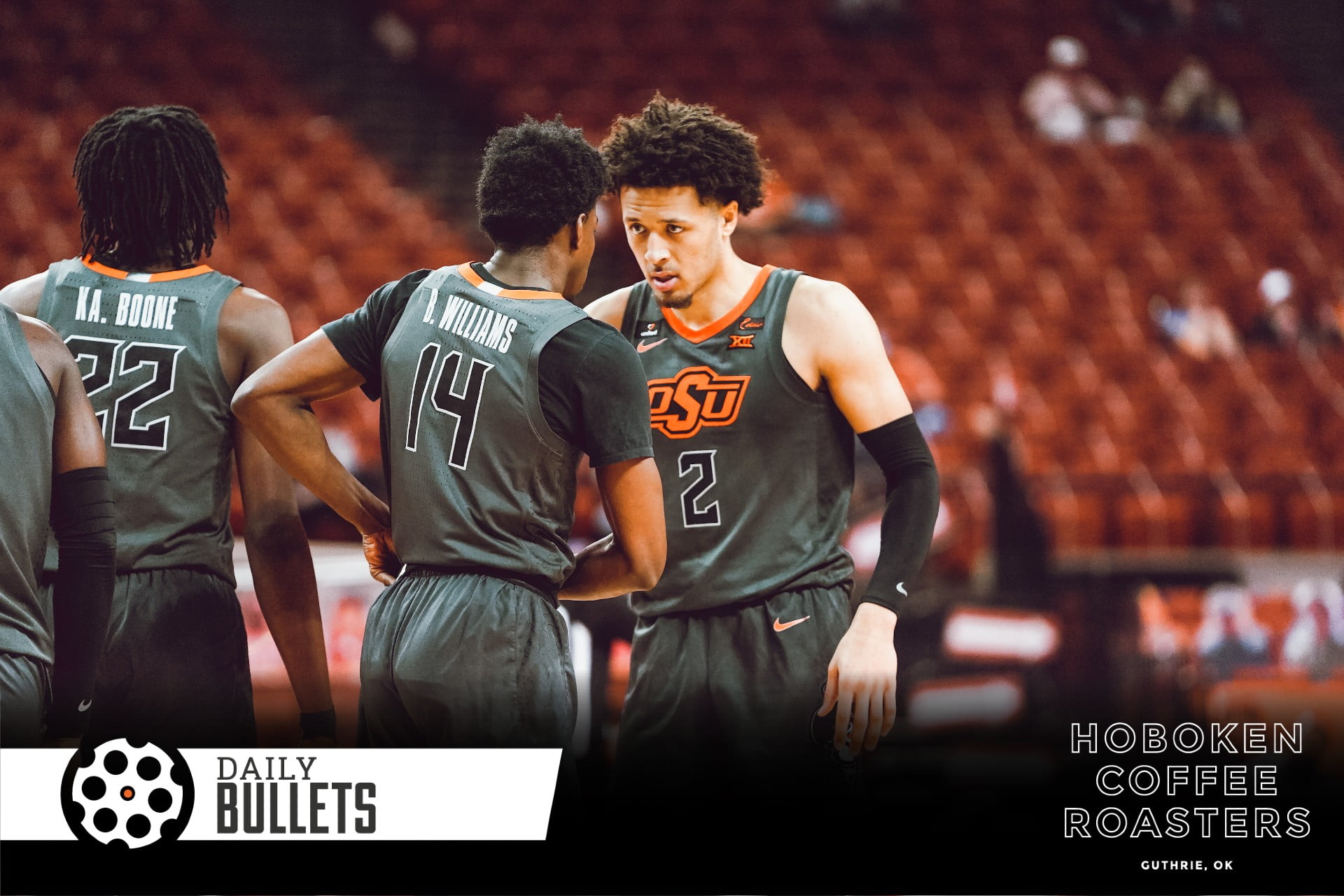 • I don’t know a Cowboy fan (well) that didn’t enjoy watching Brad Underwood lose in the second round yesterday:

• Commenting vs. Making
• Joys/difficulties of making friends in adulthood

…(I)f someone’s much better than you at something, they probably try much harder. You probably underestimate how much harder they try. I’m not saying that talent isn’t a meaningful differentiator, because it certainly is, but I think people generally underestimate how effort needs to be poured into talent in order to develop it. So much of getting good at anything is just pure labor: figuring out how to try and then offering up the hours.

This block from Lu Dort was spectacular: