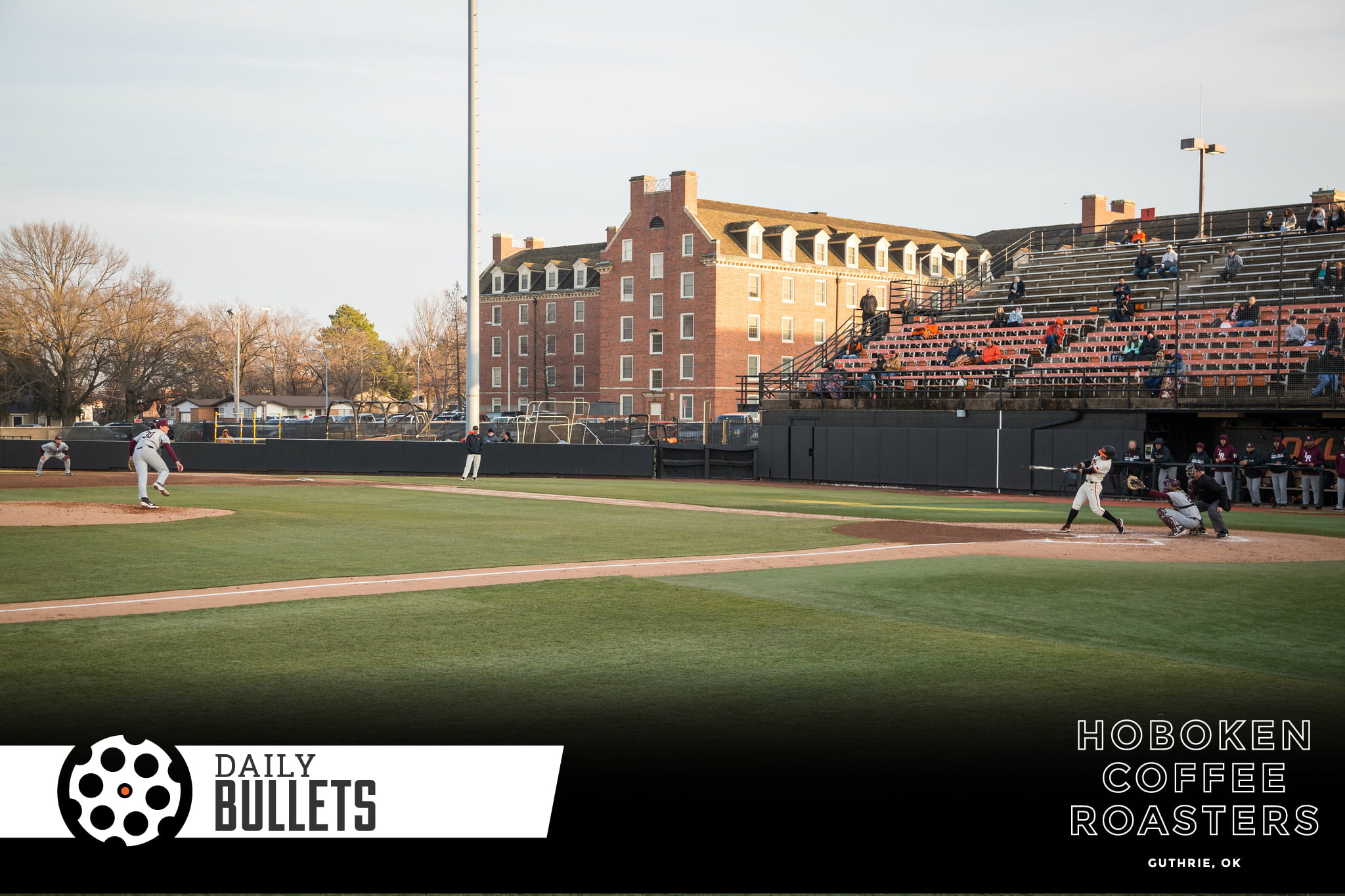 That walk-off by Max Hewitt was a fun OSU moment last night – over their biggest rival, no less.

• Boynton’s got another target on the radar – a potential transfer from the west coast.

Sophomore shooting guard Darius McNeill announced this week he will transfer away from the program and seek a better fit, and among the schools who have reached out already, according to Rivals reporter Corey Evans, is Oklahoma State.

McNeill would have to sit out the entire 2019-2020 season but would have two seasons of eligibility remaining beginning in 2020-2021. [GoPokes]

It sounds like Curtis Jones part 2 – if he’s capable of averaging double digits on the wing, McNeill would be a value add to this roster.

As nice as that would be, adding this 20 point per night scorer would microwave the offense immediately.

• Fun moment here at Allie P. last night as the Max Hewitt saved the Pokes with a walk-off against the Sooners.

A three-error eighth inning undid the lead Oklahoma State held for most of Tuesday’s game and shifted the momentum to the opposing dugout in the final Bedlam game at Allie P. Reynolds Stadium.

One inning later, Max Hewitt showcased the resolve that OSU coach Josh Holliday would call the story of the night. [TulsaWorld]

• Look for OSU to make a late-add to the roster on the defensive side of the ball.

I told the Cowboy fan that I wasn’t really concerned about defensive tackle, but more defensive end. That also comes from my conversation with Knowles, who voiced more need for more bodies at defensive end and looking around in the NCAA Transfer Portal and inquiring with junior college programs about late developing graduates that could make it to a campus in the summer or by fall camp. [GoPokes]

While it seems like adding a tackle would be just as prudent (especially if Israel Antwine doesn’t end up eligible), having plenty of talented fresh edge rushers to throw out is a major plus.

• A permanent Tyler Trent memorial at Purdue is a really cool thing.

• Godin nailed it here on priorities

• A solid look at short, medium, and long-term plans for the OKC Thunder

• This may be the only part-time job I’d consider leaving PFB for: Marvel movie watcher