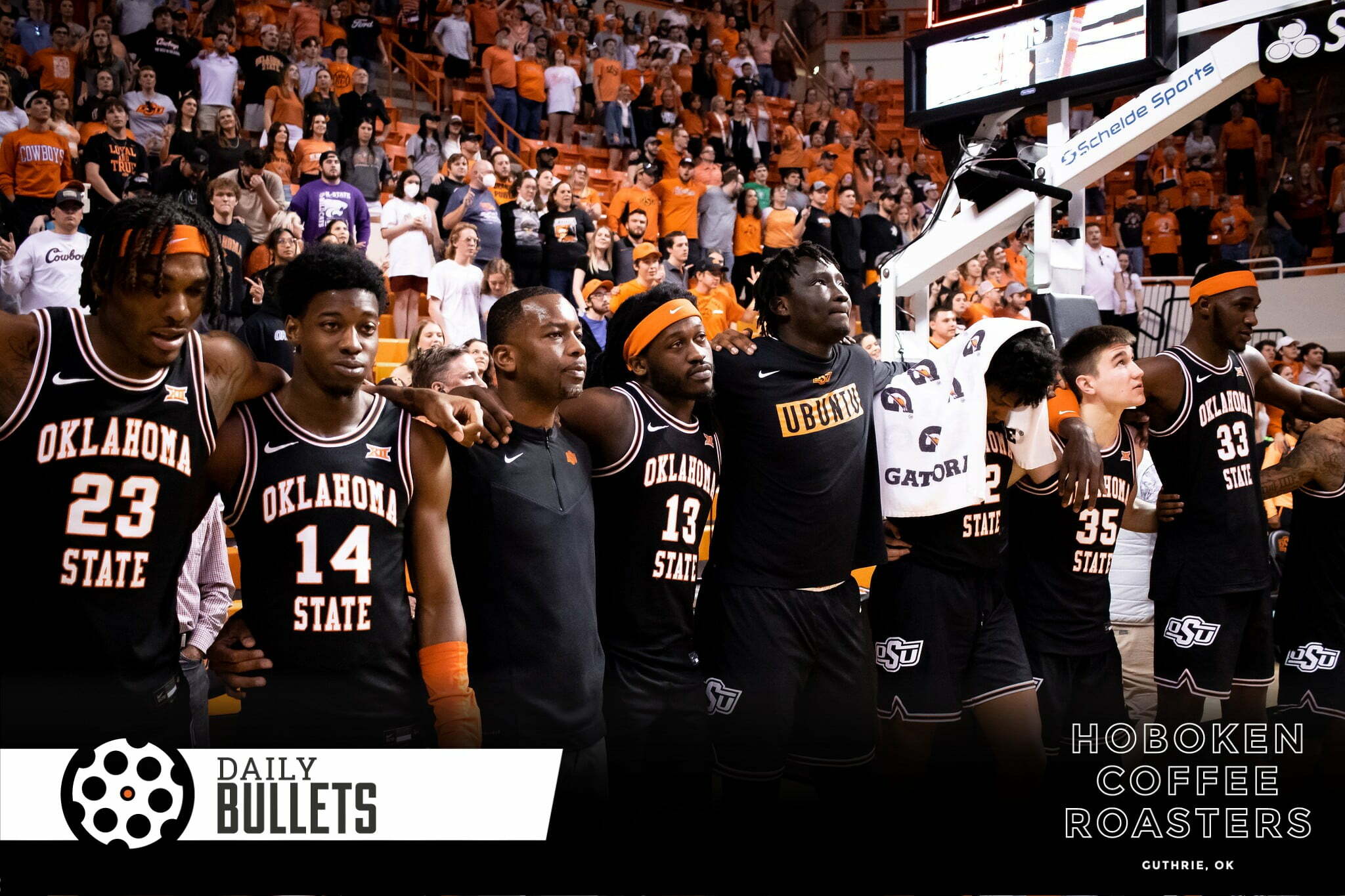 • Despite so much about the year that was out of their control, the Cowboys finished the season on their own terms. [PFB]

• Check out Marshall’s Five Thoughts on the comeback win. [PFB]

• He’s not yet announced his intentions for next year, but Isaac Likekele knows what he wants to do after basketball. [Tulsa World]

• And Malcolm Rodriguez raised the bar on Saturday. [PFB]

• The Cowboys enter Sunday in third place at the Big 12 Wrestling Tournament. [PFB]

• Let’s stop worrying about the best ever and enjoy greatness.

• The game may never be the same.