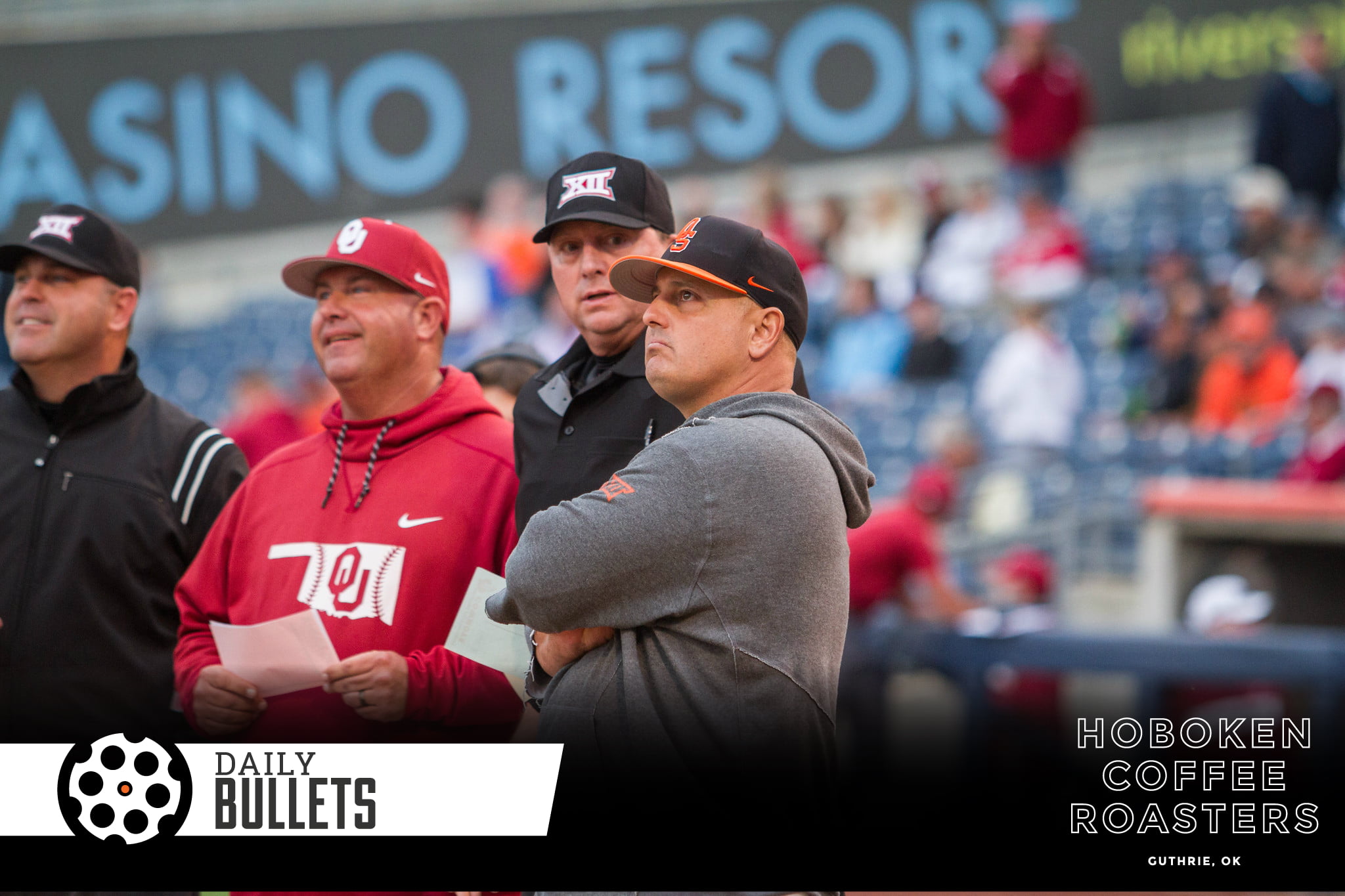 I’ll be swimming into the office this morning – I hope everyone stayed safe last night.

• The Oklahoman thought highly enough of head Cowboy Josh Holliday to name him their 2019 Big 12 coach of the year.

Going into Big 12 play, Oklahoma State was still searching for its identity.

The Cowboys were 12-7 with uneven pitching and an offense that was still working to find its footing.

But in the final 30 games of the regular season, Oklahoma State went 20-10 to go from a team working to secure a spot in the NCAA Tournament to one that looks almost certain to be one of 16 regional hosts when the pairings are announced next week. [NewsOK]

You could give it to Texas Tech’s Tim Tadlock or Baylor’s Steve Rodriguez who finished ahead of Holliday in the standings but if you look at expectations, those teams were expected to finish where they did and the rosters were chocked full with players expected to be there.

Holliday’s Pokes were projected to finish fifth (out of nine teams) and Holliday brought them to the brink of a title – very impressive.

• When OSU and OU play in football (specifically in Stillwater), be prepared for fireworks. It’s nationally expected.

• Viktor Hovland is living pretty high on the hog, you could say.

An Oklahoma State junior golfer, Hovland has: won a national championship, won the U.S. Amateur, been the low-am at the Masters, sat next to Tiger Woods in Butler Cabin and is now the Ben Hogan winner. [PFB]

• What it’s like being the biggest guy in college football

Gundy looks like the guy the local news ALWAYS interviews after the twister comes through town… pic.twitter.com/NRaDqqvITb

• Some solid life advice circulating in this piece