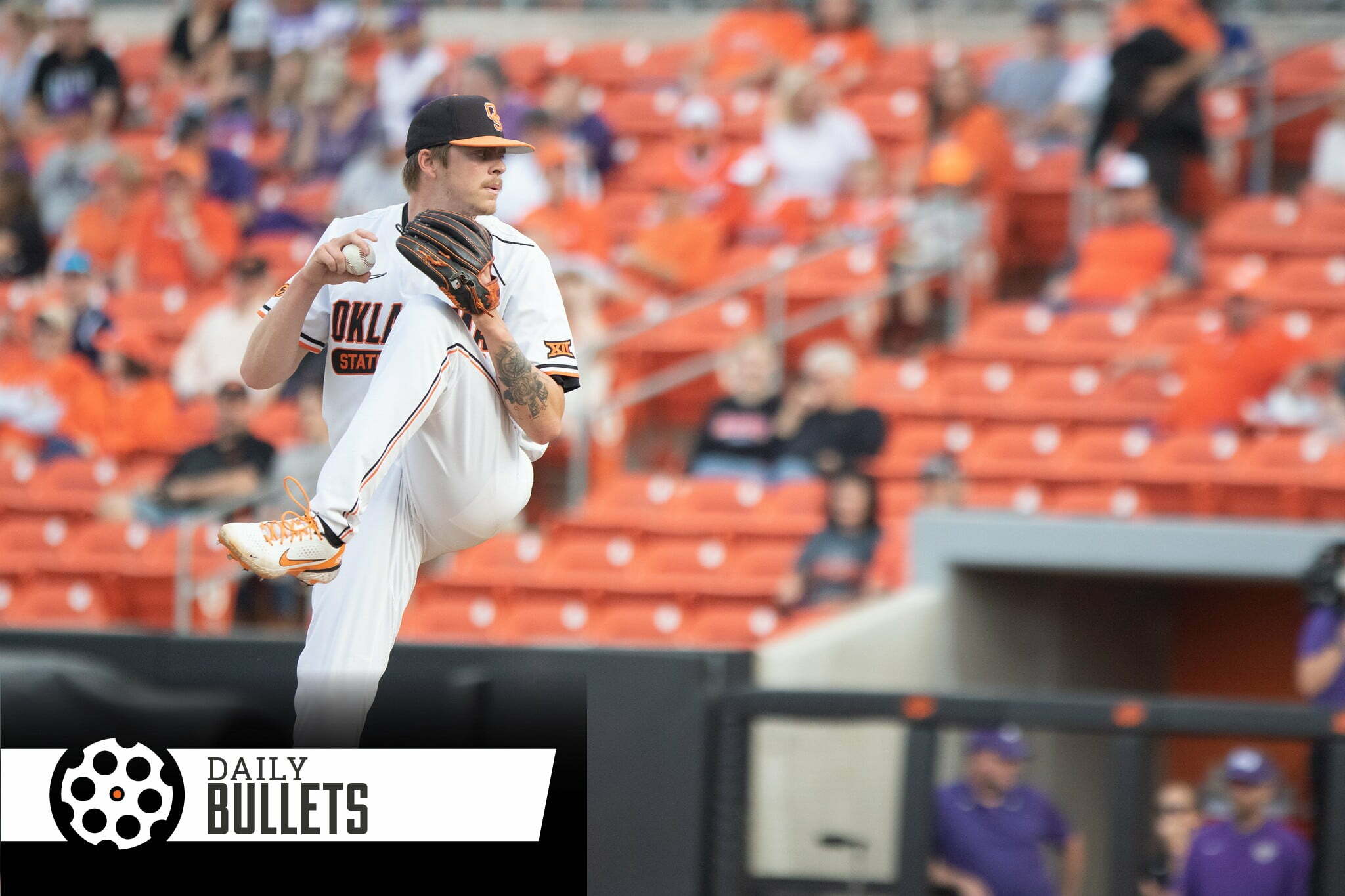 • A conference-best five (!) Cowboys made the first team for All-Big 12 in baseball

• Previewing this weekend’s super regional series when the Cowgirls take on No. 10 Clemson

• The Pokes open their Big 12 tournament run today facing Texas – they head into the tournament in a different place than they thought a month ago:

OSU took a three-game sweep from Texas in Austin in the previous meeting between the programs this spring. The winner will advance to face either top-seed TCU or No. 8-seed Baylor at 4 p.m. Thursday with the Cowboys now chasing the momentum that dwindled over the last four weeks.

Now comes the hard part (for the Cowboys): winning two in a row for the first time in 20 years. The Cowboys are set on offense but the defense loses coordinator Jim Knowles to Ohio State after he coached the Pokes’ best defense in 30-plus years.

• Judging by the way folks are talking about Kenny Pickett with the Pittsburgh Steelers and Mitch Trubisky as his primary competition, you really start to assume Mason Rudolph is on his way out or headed for the third quarterback spot

I’m ok with this but don’t love it – Team Jabari.