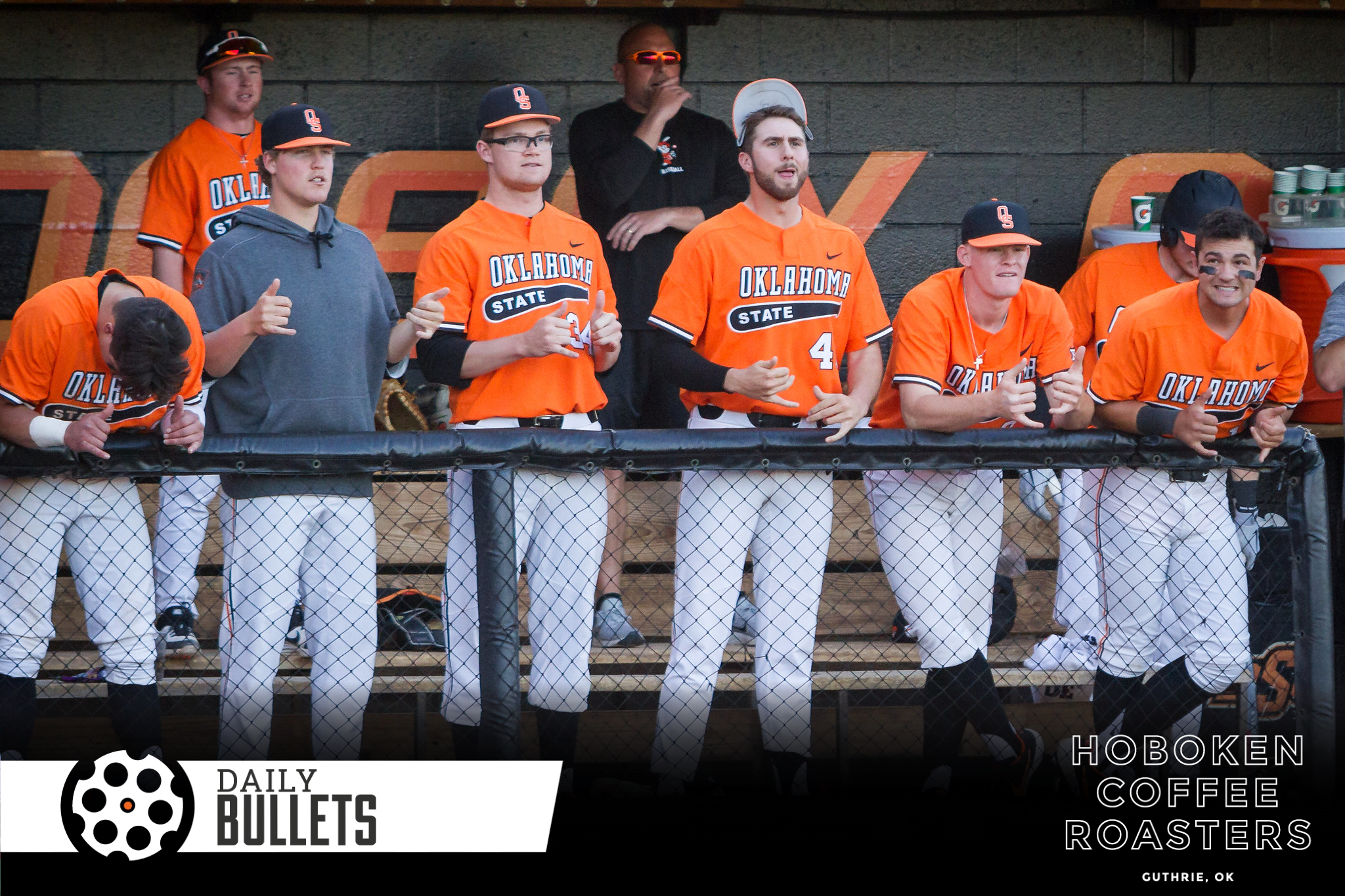 • There are three finalists for the Hogan Award this year, and Oklahoma State sports two of them in Viktor Hovland and Matthew Wolff.

Hovland and Wolff are each attempting to become the fourth winner from Oklahoma State, joining Hunter Mahan (2003), Fowler (2008) and Peter Uihlein (2011). Previous finalist teammates were Stanford’s Rodgers and Cameron Wilson in 2014 and Oklahoma State’s Uihlein and Kevin Tway in 2011.

OSU now has seven finalists since 2005, surpassing Stanford (6) for the most by any school. [Big 12]

Hovland is almost certainly going to win this one because it takes into account non-college events like, uh, the Masters and last year’s U.S. Amateur. Wolff has a better chance at winning the Haskins (golf’s Heisman) which only takes into account college tournaments (where he’s been slightly better than Hova).

• OSU won the battle for the interlocking OS logo this weekend in Corvallis, which I hope is a harbinger for what’s to come at the end of August.

After a disappointing three games against Texas Tech last weekend, it’s safe to say the Cowboys have bounced back.

The Oklahoma State baseball team defeated Oregon State 5-2 on Saturday in Corvallis. The win gives the No. 21 Cowboys a series victory against the defending national champions. [PFB]

The Pokes look like the best team in the country in this highlight video. Also: Please get out of here with this all-turf field. Totally unsubscribed.

Middleton closes well on the ball and flashes encouraging pop when he arrives at his target. He possesses naturally low pad level, which aids in his technique and overall efficiency as a tackler. He can provide the big hit when the opportunity arises, more so than you might expect for a player of his size. He patrols the middle of the field in the short-to-intermediate passing game with a willing and determined approach.

While he shows some territory-eating ballhawking ability in coverage (as evidenced by 11 PBU’s), Middleton will need to hone his man coverage ability, particularly his twitchiness laterally. His shuttle time is encouraging in that department, but you can never be too good laterally when covering Big 12-caliber receivers, especially as a safety who could often be tasked to cover backs and slots in the intermediate game. Middleton is on the frame-limited end of the spectrum physically, but will need to add more mass to maximize his strength, another key for competing against Power Five competition. [Go Pokes]

• It’s not sexy or super fun to talk about the consequences of scheduling when it comes to college football, but it’s something we should probably discuss more often. Good work by Berry Tramel here on why the Pac-12’s future schedule isn’t smart even if it’s good.

• Bedlam doubleheader going down in softball on Sunday.

• What it takes to put your phone away

• How Slack is ruining work

• The Celtics, my father and me

If you can’t tell, I did a lot of non-OSU reading this week. Books I’m currently reading include Defending Jacob, Digital Minimalism and The Reason for God. Also, I have a golf podcast and you should subscribe if you’re interested in golf.