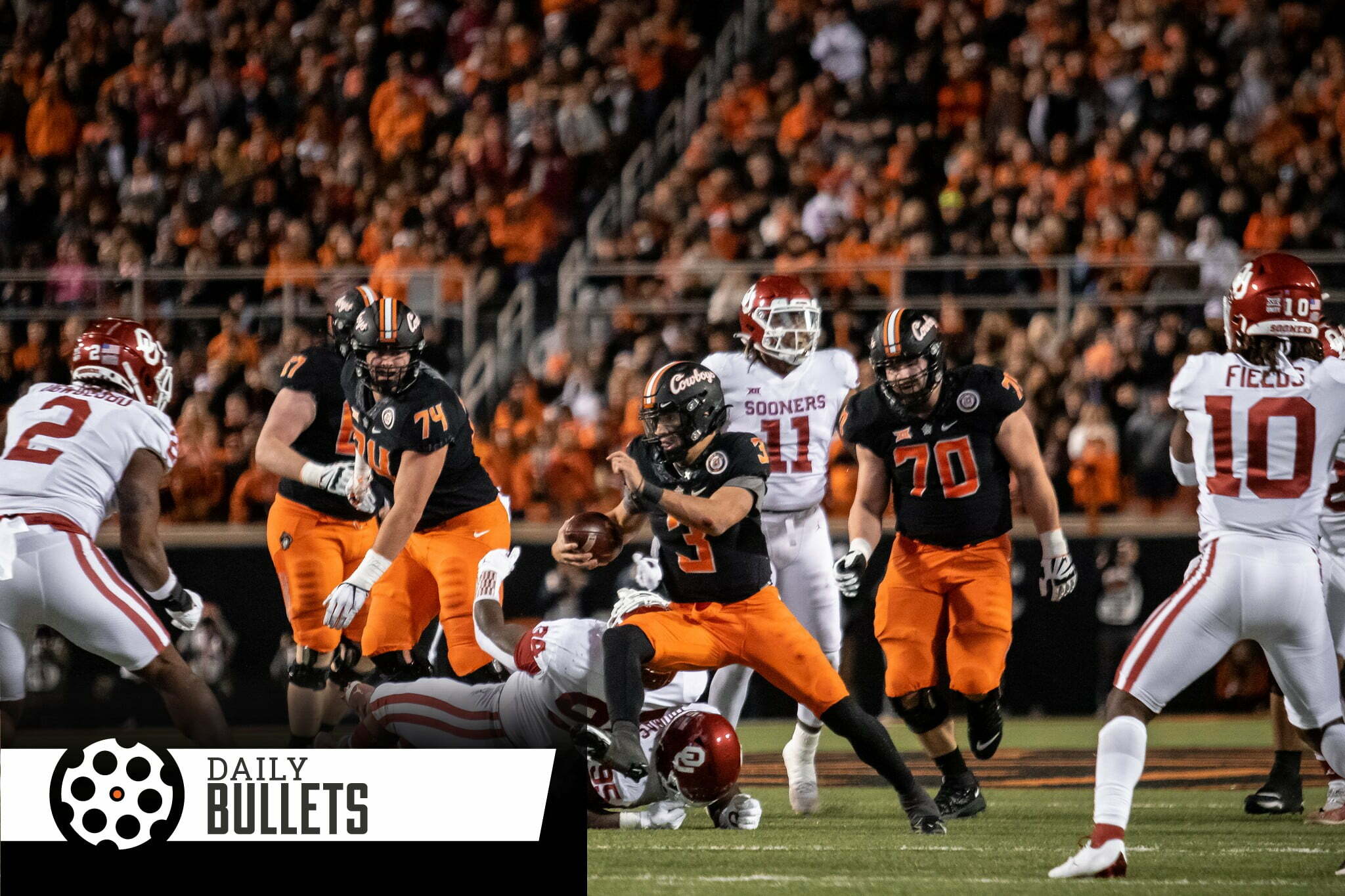 • The Cowboys made a run back into the College Football Playoff rankings – landing at No. 22 this week

• OSU’s administration shared more about why Bedlam won’t be continuing in football… at least for now.

“I don’t think it’s something that’s a never again,” university president Kayse Shrum told the Tulsa World. “I think it’s just not realistic to think that we can break our contracts and make a commitment to that right now. I think it’s just a matter of practicality and logistics at this point.”

• Cowboy Wrestling is back in the top ten

• Pretty wild to compare these two Cowboys – mildly hot take: you give either of them Weeden’s offensive line and they win 2.5 Big 12 titles between them, no?