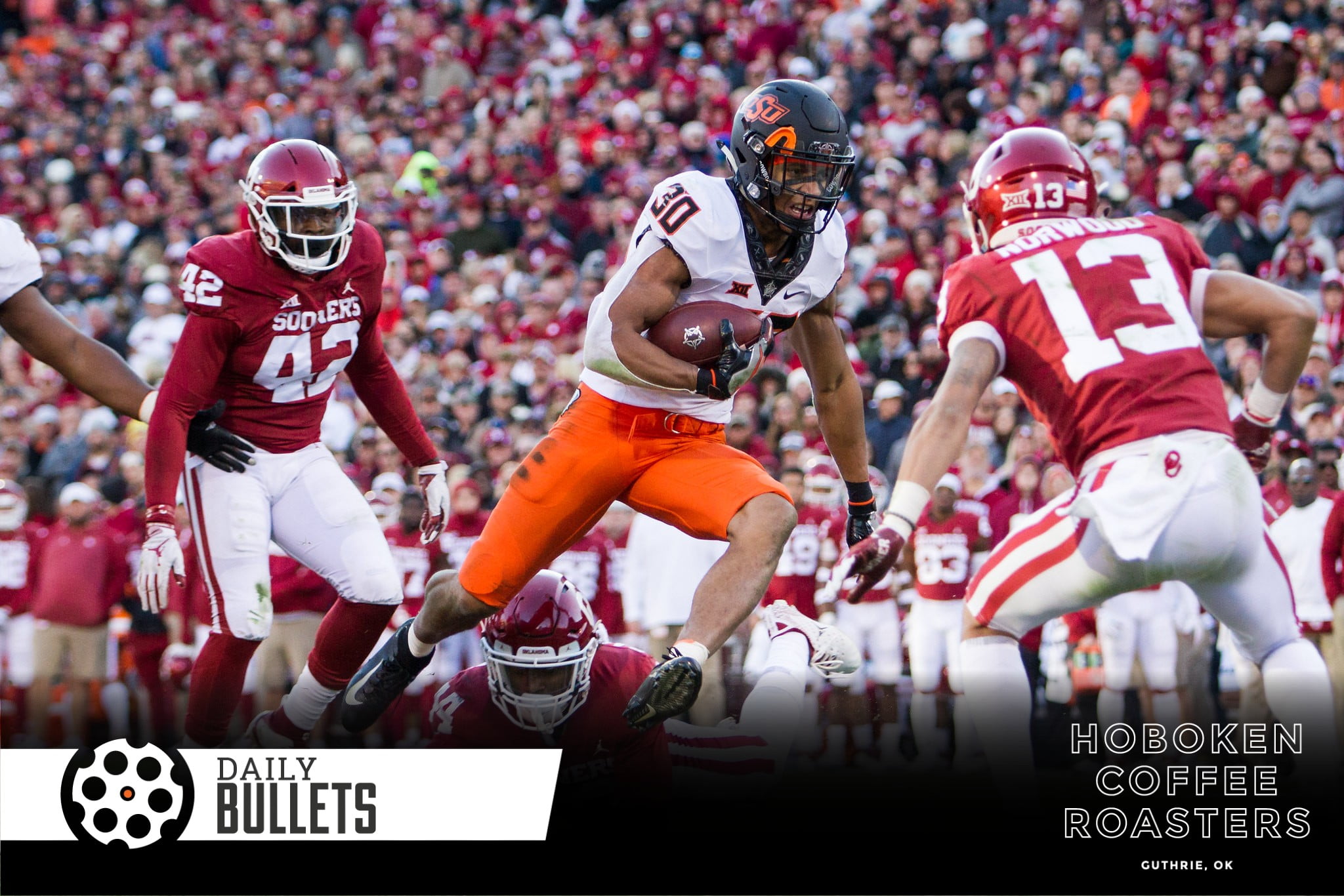 I love the black-white-orange combo from the featured photo. Sign me up for that again.

• Berry T. says the game will be decided in one particular matchup: OSU’s offense against OU’s defense – sort of weakness on weakness:

• The blueprint to beating OU has been laid out

• This sounds like a couple of massive keys for the Pokes to winning the Bedlam game:

If the Cowboys can execute at a passable level in the box on offense, they can potentially win this game in space because they have advantages there on both sides of the ball. Their own pass-rush doesn’t really take a back seat to Oklahoma’s, they have multiple pass-rushers that can win the edge or create problems on stunts and games.

Crucially, they can also ask Rodarius Williams to play man coverage over Oklahoma’s right outside receiver and not worry about sending a safety that way.

• This Athletic piece ($$$) had lots of fun Cade Cunningham quotes when considering him for the national freshman of the year award but the party-pooper was this guy pointing out the “Heisman”esque status of the award:

Cade Cunningham, but I do think B.J. Boston could have a monster season for Kentucky, and if the Wildcats also have a great year, watch out for the best player on a title contender. — Kyle Tucker

• It’s a good idea to favorite the below tweet in case Saturday gets rough:

• It would be so nice to see Trace Ford put Rattler on his back a couple of times this weekend: