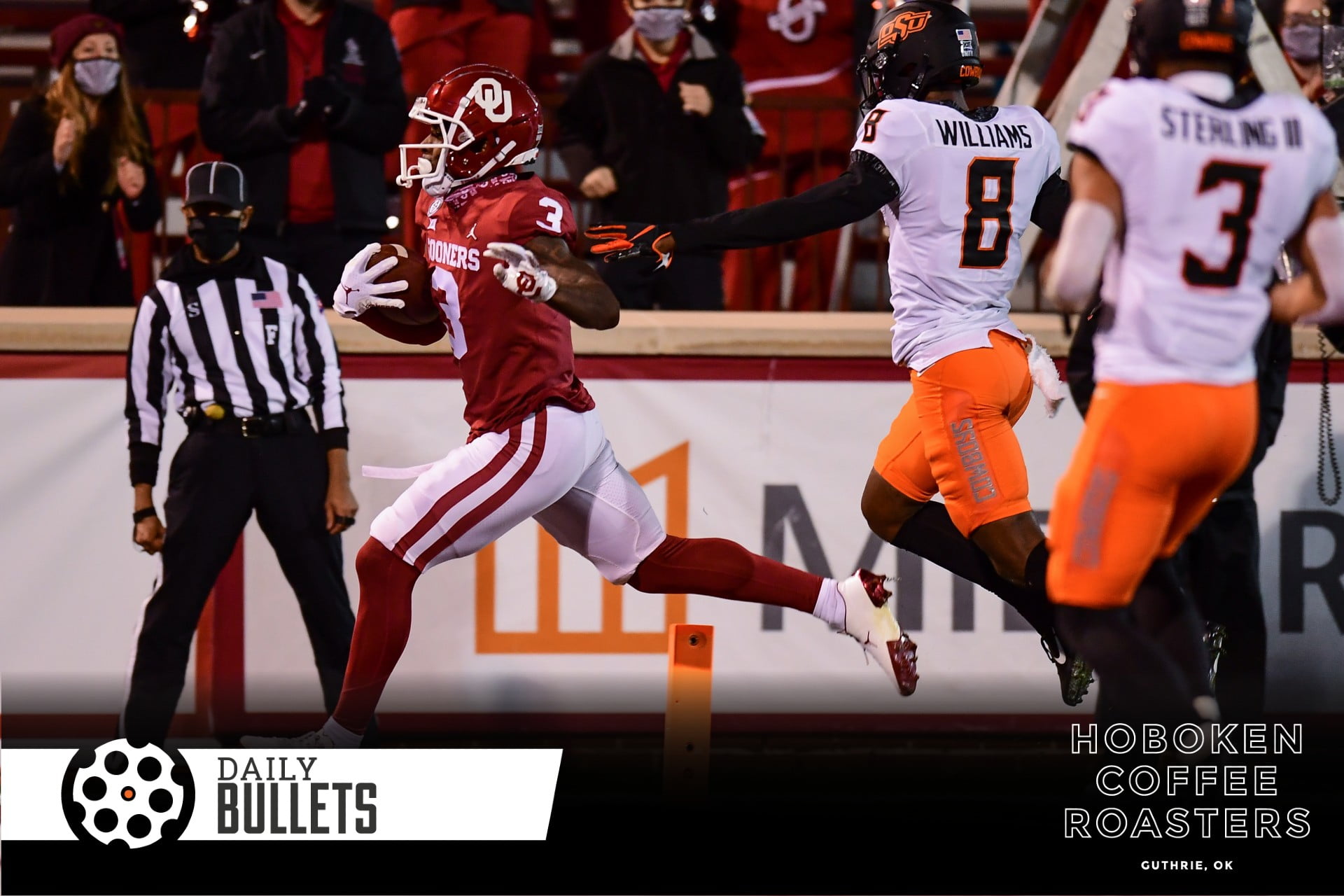 Just like with a band-aid that’s been on a sensitive patch of skin too long, there’s only one thing you can do.

This latest episode of Bedlam was a particularly tough one to stomach. After a pair of all-timers (OSU losses notwithstanding) in 2017 and 2018, we’ve witnessed back-to-back games against OSU that were not even close.

• Marshall Scott laid out his 10 Thoughts on OSU’s loss, they were thoughtful and good as always.

• Kyle Boone handed out report cards to the Cowboys after the rout and it was ugly.

• The Oklahoman‘s Jacob Unruh on the chaos that could ensue given OSU’s slim chance to still make the Big 12 title game.

• Bill Haisten didn’t pull any punches after what he witnessed from Oklahoma State on Saturday. (No reason to.)

And now some stuff to (hopefully) distract you from the post-Bedlam blues.

• These never get old.

• So there is a spike in wild bear attacks in Japan during the lockdown. This is the actual headline from The Japan Times: Hokkaido city calls in ‘Monster Wolf’ to scare off wild bears

• A much-needed update: We are just three days away from the start of the Cade Cunningham era.