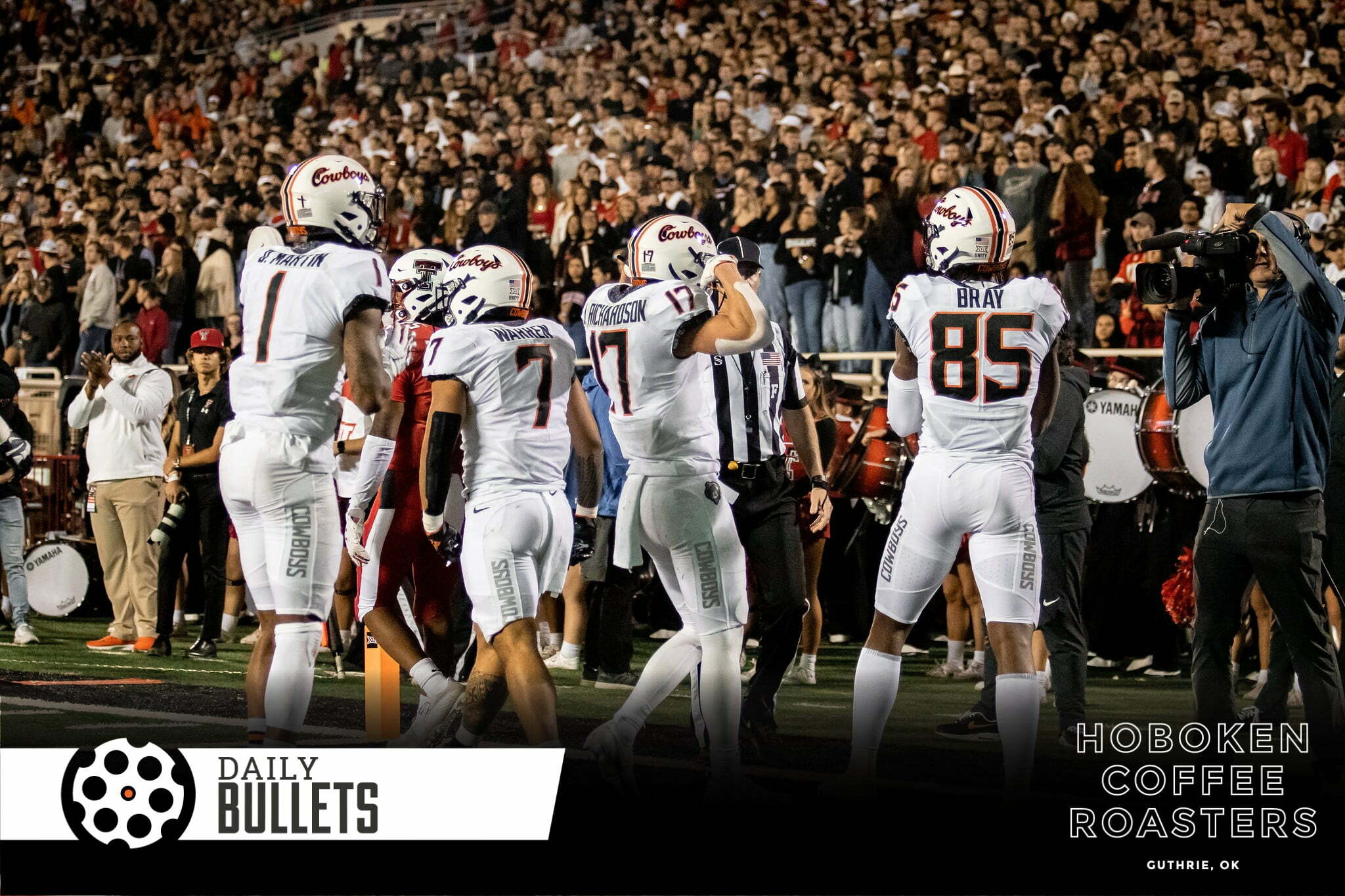 Loved reading this phrase about the Pokes:

I’ve never seen Oklahoma State in so advantageous a situation within the Big 12.

• CFP Ranking Update – The Pokes moved up to No. 7 and the Sooners are in the top ten

• Something that will be absolutely tangible on Saturday night in the environment at Boone Pickens Stadium is a frustration and a desire to let that be felt.

OSU’s defense is the best unit in Saturday night’s matchup. The Cowboys have more momentum heading into the game. They are in Stillwater. Their fans, who have been teeth-gnashing since OU’s summertime decision to bail on OSU and the Big 12 Conference, should be hoarse by kickoff.

• Something that would be a blast on Saturday – for OSU to break the offense of the Sooners just like it did on Saturday in Lubbock:

The Oklahoma State defense had broken their spirit, like it has done to so many others this season. And soon enough, the way the Cowboy defense was dominating would break the spirit of everyone in red and black.

• Here’s another Bedlam quote to chew on – the Cowboy defense vs. Sooner QB Caleb Williams will go a long way in determining the game.

Baylor and Iowa State have respectively quieted Williams in OU’s last two games and on Saturday he’ll go up against an OSU defense that ranks third in the nation in total defense. Williams hasn’t faced a defense like Jim Knowles’, but the Cowboys haven’t seen a quarterback this fall with the talent of the Sooners’ young passer, either.

• What a fun thing to see someone enjoying their first cheese fries from Joe’s:

• Enjoy these highlights from the OSU/Tech game: