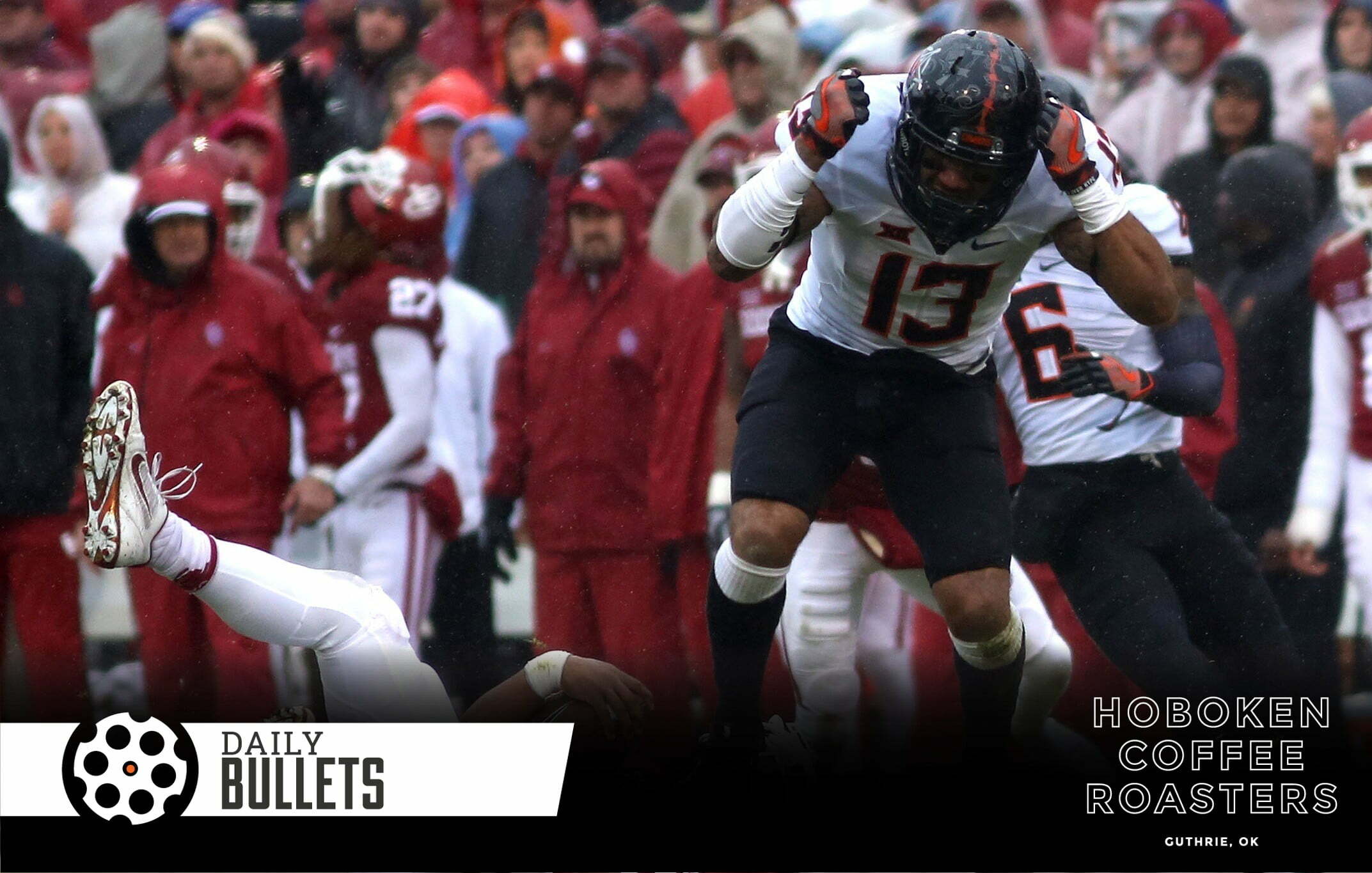 • Hear the players’ perspective on Bedlam from both the Oklahoma State and the OU sides of the equation – love this concept: “the Oklahoma Super Bowl”

• Carson and Colby are joined by OU insider Eddie Radosevich to talk Bedlam on this week’s podcast:

• Both columnists from the Oklahoman picked the Pokes in Bedlam(!):

Jenni: This OSU team seems capable of that. Capable of quite a lot, actually. I have OSU winning 23-17.

• Berry Tramel did a fun feature on Darren Shrum, the first gentleman of Oklahoma State, and his affinity for the OSU athletic programs

• The Athletic ($$$) has Mike Boynton as their No. 2 guy on list of rising stars under 40 in men’s college basketball

• When you chew on the placement of the Cowboys at No. 7 in the College Football Playoff rankings – don’t worry about the Pokes being one spot behind the Fighting Irish:

And if that happens, and Baylor defeats Tech, the Cowboys can then beat a Bears team that rises to No. 7 next week (passing the Ohio State-Michigan loser) and win a Big 12 championship.

There is no way in that scenario that Notre Dame gets in over the Cowboys.

• It’s fun that someone associated with OSU could be deemed Mr. Thanksgiving if one was so inclined:

• ESPN’s SP+ has the Pokes by one in Bedlam:

• The three reasons friendships end
• Life is like an investment portfolio