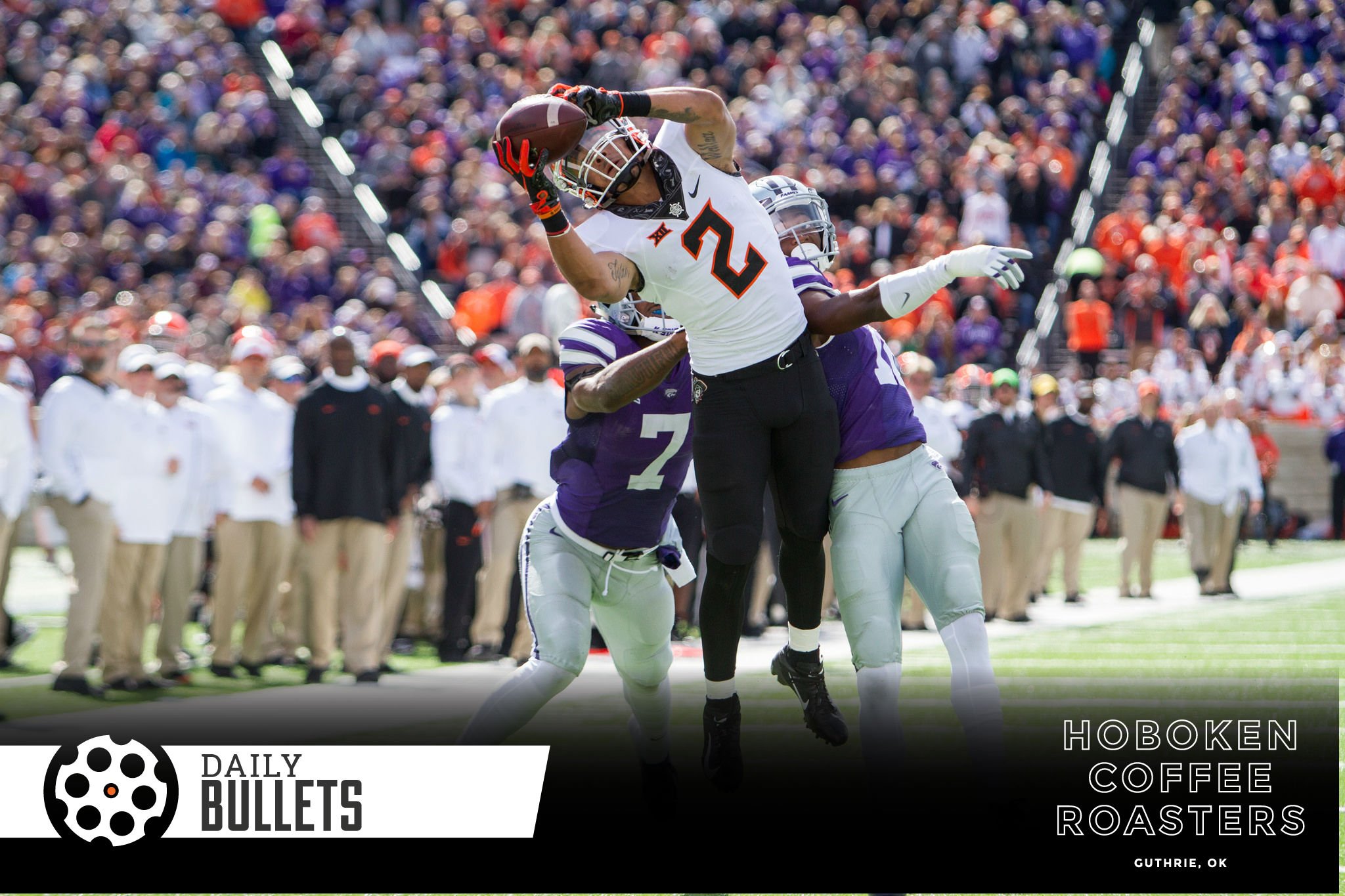 Texas State has reportedly made a hire, bringing on a former Oklahoma State staffer and Tulsa native to right the ship.

Should it come to fruition, the timing of this promotion is interesting, and frankly, probably good for both (Jake) Spavital and West Virginia. On paper, Spavital has an impressive resume that suggests he’s ready to take the next step in his career.

The 2018 season marked his 11th as an assistant and he’s coached under such offensive minds as Oklahoma State’s Mike Gundy, Kevin Sumlin at Houston and Texas A&M, and obviously Dana Holgorsen at West Virginia. This year, the Mountaineers finished in the top 10 nationally in scoring offense and total offense. For his efforts, Spavital was a Broyles Award semifinalist for the nation’s top assistant coach. [CBS Sports]

These are the kind of guys to keep your eye on for the eventual Gundy retirement. Great pedigrees, success in multiple places. Oklahoma ties. Another guy who could be interesting (but likely hired on elsewhere sooner than later) is Sallisaw, OK native Matt Wells – a Tech candidate.

A source connected to Texas Tech tells me that Utah State coach Matt Wells "is the leader right now" to succeed Kliff Kingsbury as coach of the Red Raiders.

When you compare 2018 to 2014 – the last time OSU barely qualified for a bowl – this OSU team finishing with a 6-6 record feels dramatically different.

Oklahoma State was beaten by Texas Tech and Iowa State at home, and by Kansas State, Baylor and TCU on the road.

Those five teams have a combined record of 29-30. Against each of the five, Oklahoma State was the favorite.

For 14 seasons, Mike Gundy has been the OSU head coach. Within the context of underachievement, this season was the worst of the 14. [TulsaWorld]

It’s dramatically different to be capable of winning and lose and being systemically flawed and losing. A major difference between 2014 and 2018.

But even more, two words come to mind. Building optimism. Mason Rudolph brought a spark late in the season, a tantalizing sample size of performance, and an offseason full of optimism. Comments from Bill Haisten’s sources mentioning that Spencer Sanders has the best arm since Weeden fascinate the mind. But pictures are worth thousands of words and all we have are still frames on the sideline and no film.

Nice writeup on Chuba in his hometown paper….OSU is looking to close down the stretch on the 2019 class….OSU’s defensive points per possession were v. bad this year….Jeff Brohm turning down Louisville for Purdue is pretty wild

Hook em’ this weekend but my goodness, this Horns down propaganda video is fantastic.

And I thought it was tough that OSU was losing out on little brothers.