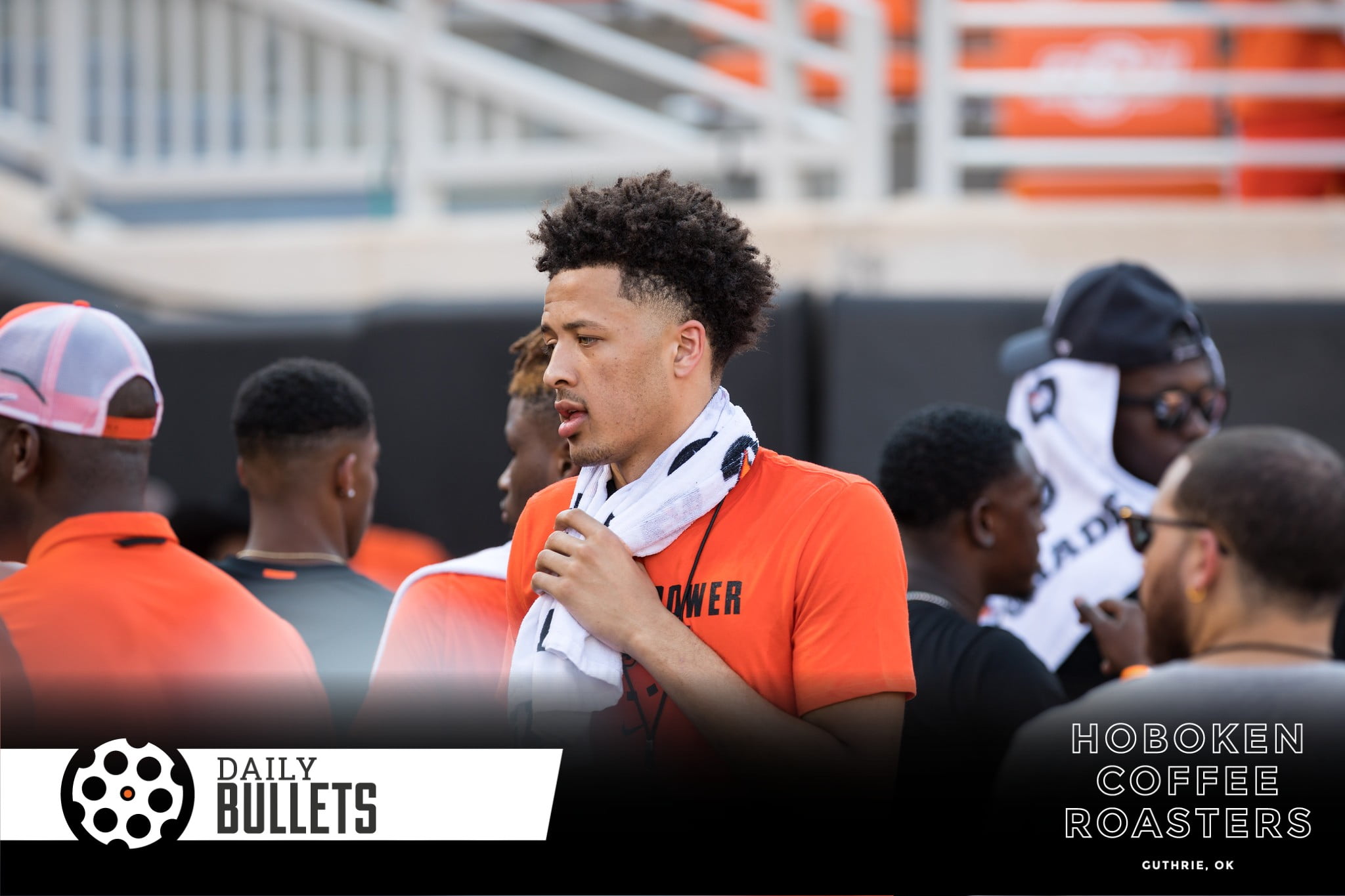 Where were you the moment you learned that Cade Cunningham committed? I can’t wait for Bryce Thompson’s decision (next Tuesday).

Also – is he the most impactful recruit to sign to play college sports for OSU?

(Bobby) Reid was the 35th-best prospect in the country, which is a big deal but not as big of a deal as a player who’s going to potentially be the No. 1 pick in the 2021 NBA Draft. The previous biggest basketball recruit was Le’Bryan Nash who was No. 8 in the nation. Le’Bryan never felt like this. [PFB]

A more refined comment could be ” is CC the most highly touted player to commit to play a sport for OSU?” Outside of some of the wrestling studs and a golfer here and there, the answer is undoubtedly yes.

• Something that Chuba Hubbard consistently impresses with is his capacity to turn a negative run into something.

But for as big and fun and impactful as those plays were, Hubbard separates from every other running back in college football with how he turns nothing into something. He takes doomed runs and makes 5 or 6 yards all the time.

Those plays aren’t often remembered, but on the Cowboys’ final offensive possession Saturday, Hubbard had three of them. They went for 3, 8 and 4 yards. Nothing big. But each could’ve easily been half of what it was. [NewsOK]

• What a difference a couple of weeks a football makes, right?

Things look better for OSU after pulling out a couple of wins against Iowa State and TCU. The whole program is getting a pick me up as a result of having played competent defense and getting back to back solid games from (Spencer) Sanders. Their inevitable assault on OU’s perimeter defense with spread-option tactics is going to make for compelling television. [Concerning Sports]

“Competent defense” goes a long way with a Mike Gundy team. The offense has hardly been inept, scoring over 30 points in each win. But the defense being able to close has been a wonderful development – a new way for the Pokes to win games.

• This was my second favorite tweet from last night:

Watched this 50’s movie earlier this week – fantastic. The family dynamics around parenting were super insightful.