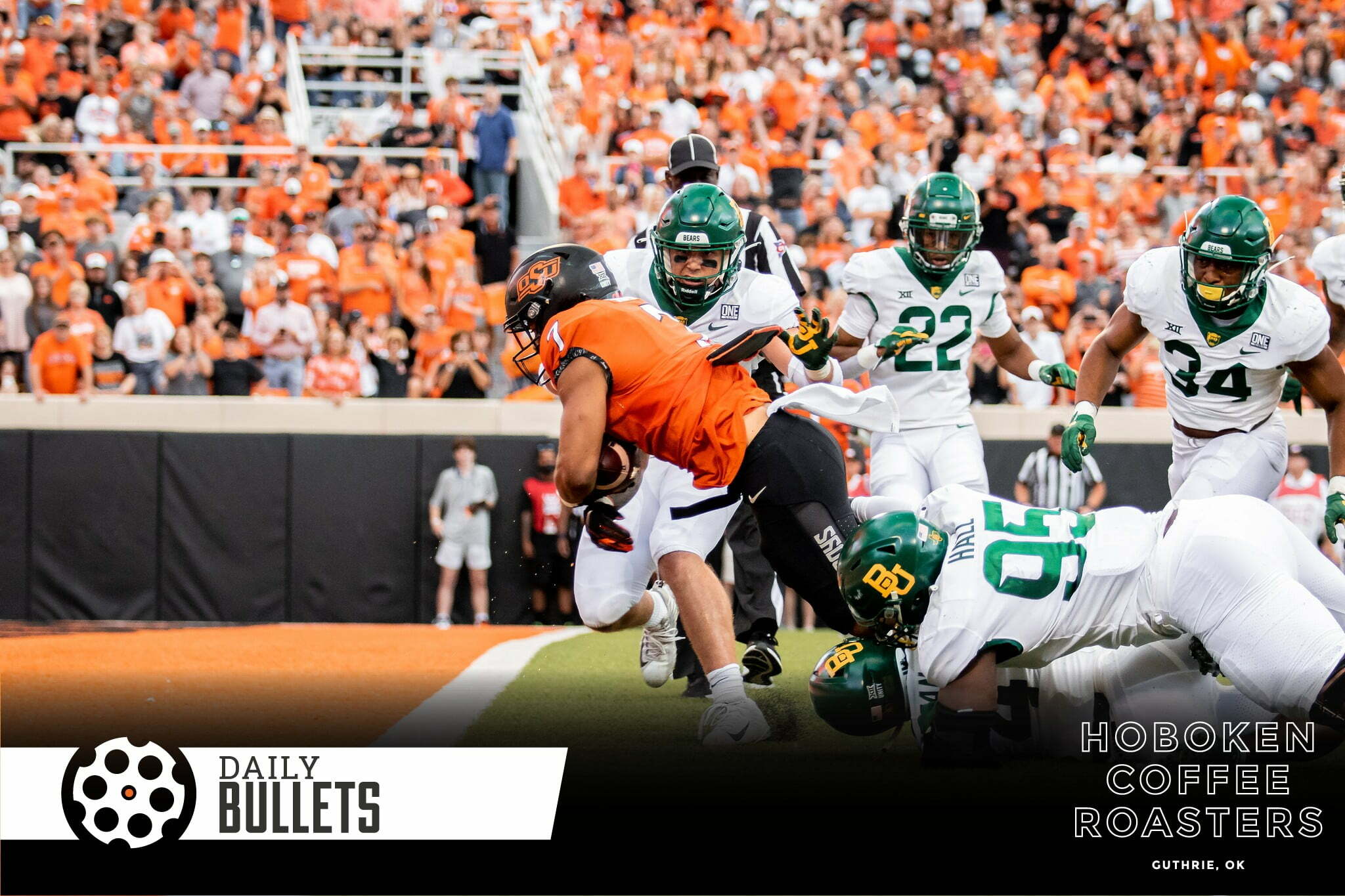 • Previewing today’s game against West Virginia – here’s a strange reality to note: OSU is getting more healthy as the season goes on. That’s how football usually works right?

• Matthew Wolff leads and Viktor Hovland is T3 at Mayakoba

• Pat Forde makes a terrible argument in this SI piece concerning the judgment OSU received from the NCAA – saying kids should be aware of pending allegations does nothing for the logic of the NCAA punishing the university in a completely irrational way.

If you’re going to Kansas and Bill Self text messages are admitted into evidence indicating bribery, yes, “caveat emptor”. If Jeff Carroll got $300 and gave it back, you shouldn’t expect a post-season ban.

• This is pretty wild – Spencer Sanders is a redshirt junior who’s never played against the Mountaineers:

Spencer Sanders is in his third season as the Cowboys’ starting quarterback, but this will be the first time he has played West Virginia, after missing the previous two games because of injuries.

• The over/under for the OSU-WVU game seems spot-on:

A 28-24 game feels like the highest this thing goes.

This year, it would look like losing to West Virginia, TCU, and Tech and losing to OU or the opposite.

• No. 1 OSU is blacking out the TCU game

• No. 2 Ten Thoughts on the win over Kansas

• Cincinnati never had a chance – had to join them.
• Rejoice in your wife (faith-based)

This would be fun in-game entertainment for the Pokes: