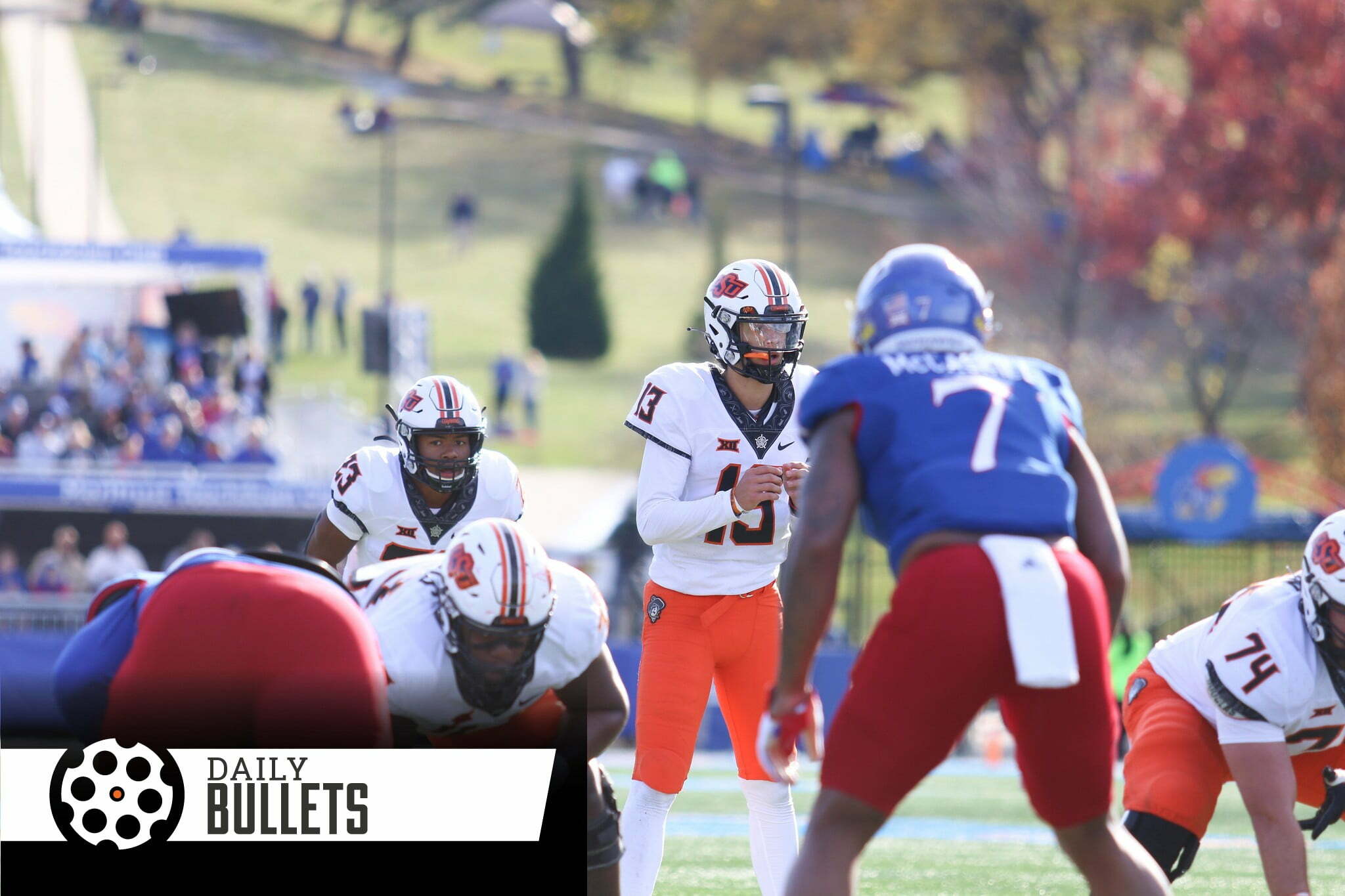 • Spencer Sanders has signed a NIL deal with Eskimo Joe’s – and he’ll be at Joe’s tonight signing posters from 7 to 8:30pm

• To frame how unique these struggles have been for the Pokes, below are the numbers on repeat losses under Mike Gundy.

On top of that – the last four losses have been on the road and have seen field stormings on every account.

• Big 12 Updates:
– TCU landed in the top four in the latest College Football Playoff rankings, representing the Big 12 and in line for a playoff birth
– Solid realignment update here with updates on Big 12/Pac-12 expansion and notes on what TV networks value

• Fun to see how transferred Pokes are doing – That Ice line fits like a glove but Rondel Walker transferring hits different:

Gender reveals are the pits but this is solid: