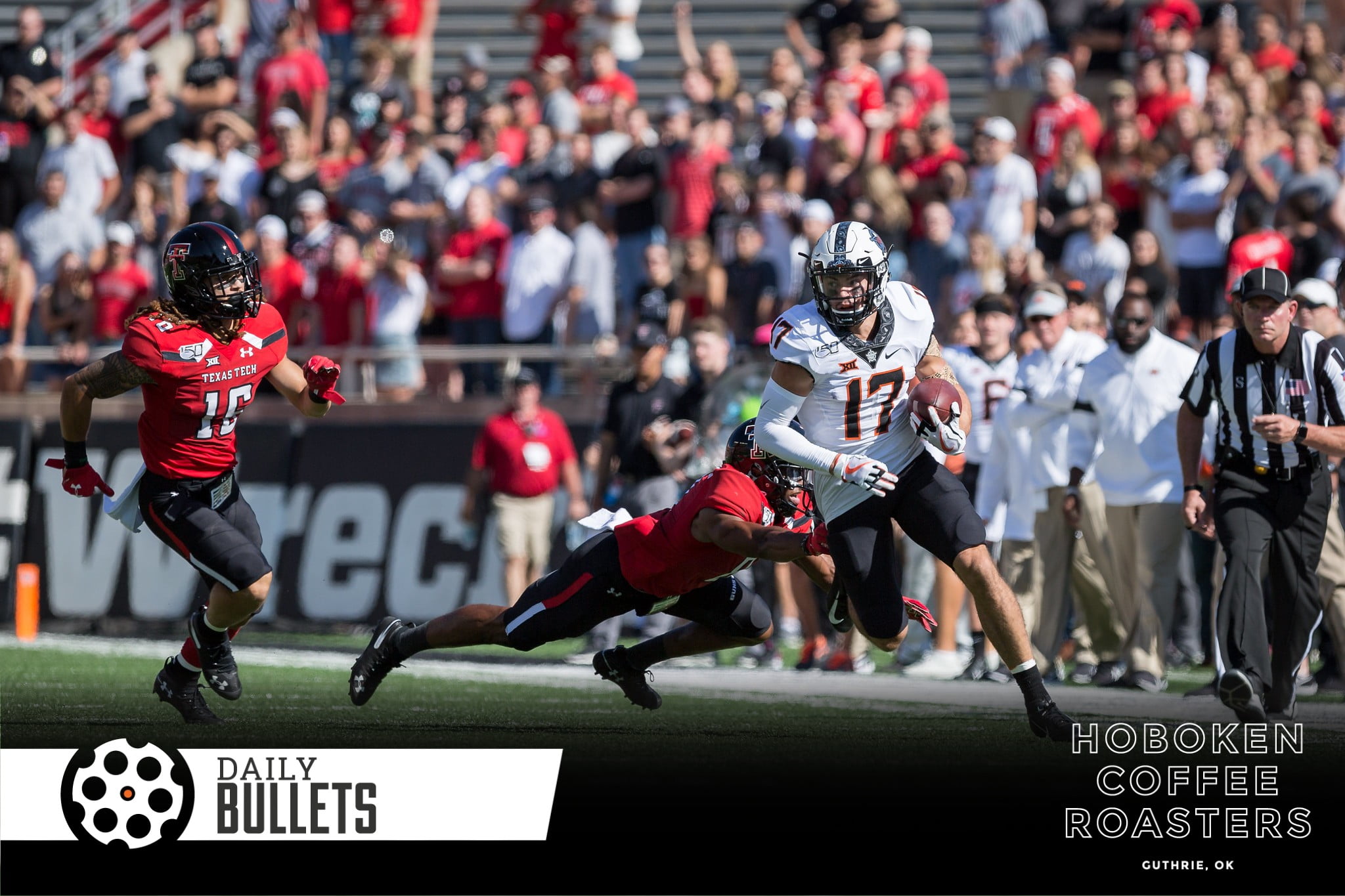 • Most Viewed of the Week (No. 1): Sanders Goes Tebow with His Prediction

The Tebow prediction was legendary – and Spencer Sanders has signed up for the possibility of having that moment himself.

A friend yesterday told me he’d rather cheer for a guy who’s confident and doing what he can than a guy constantly double-clutching out of fear that he can’t perform. Spencer Sanders is nothing if not confident and striving to blaze a path – look out for when a polished skillset catches up to him.

• Most Viewed of the Week (No. 2): Mason Rudolph Knocked Out of the Game

This was one of the uglier moments I had seen related to an OSU football player. The only other injury moment that stuck out was 2015 Bedlam when young Rudolph tried to play injured and threw it to more Sooners than Cowboys (probably).

But for reals – if you’re in the process of trying to convince your wife to let your son play football, under no circumstances should you let her see Rudolph conk out mid-air. It’s wonderful that he was able to walk off the field and go home within a day.

This was an interesting take – that no longer is OSU able to go the distance and close out games. In my mind, the title has been about the coronary fans almost have watching OSU play, particularly in the closing frames. I do think with the title that playing a complete game and it being enough to come out on time is implied.

Boone’s research showed that OSU coming out on top has been turning out in the favor of opponents more often than not lately… a valid argument for ending the nickname. Unless of course it really means the “Coronary Cowboys” like it does to me.

• Most Viewed of the Week (No. 4): Ten Thoughts from Texas Tech Loss

This piece had everything you need to lead you into a reasonably disappointing place after the Tech game. Encouragement to take it easy (but keep an eye on) Spencer Sanders, diverting a reasonable amount of blame to the offensive line, and my favorite – calling Jett Duffey’s game Adrian Martinez-esque (circa Nebraska game 2009).

Something to be appreciated is the lack of “OMG did you see that? Fire Gundy!” but a reasonable take – we have to evaluate trends that are sustaining and Gundy is losing a lot more games. There’s a fine line between “Give me Gundy or give me death” and calling for his head for underperformance, and I think that line was walked well here.

• Most Viewed of the Week (No. 5): Gundy Breaks Down the Tech Loss

The troubling words were around this game “being just like TCU last year” and what feels like a repeated phrase “We made (opposing quarterback) look real good today” was heard again about a quarterback that shouldn’t have had such a great game. It’s no doubt the latter that is to some degree connected to being in the Big 12.

• This faith-based read on fatherhood, Asian American culture, and generational behaviors was great