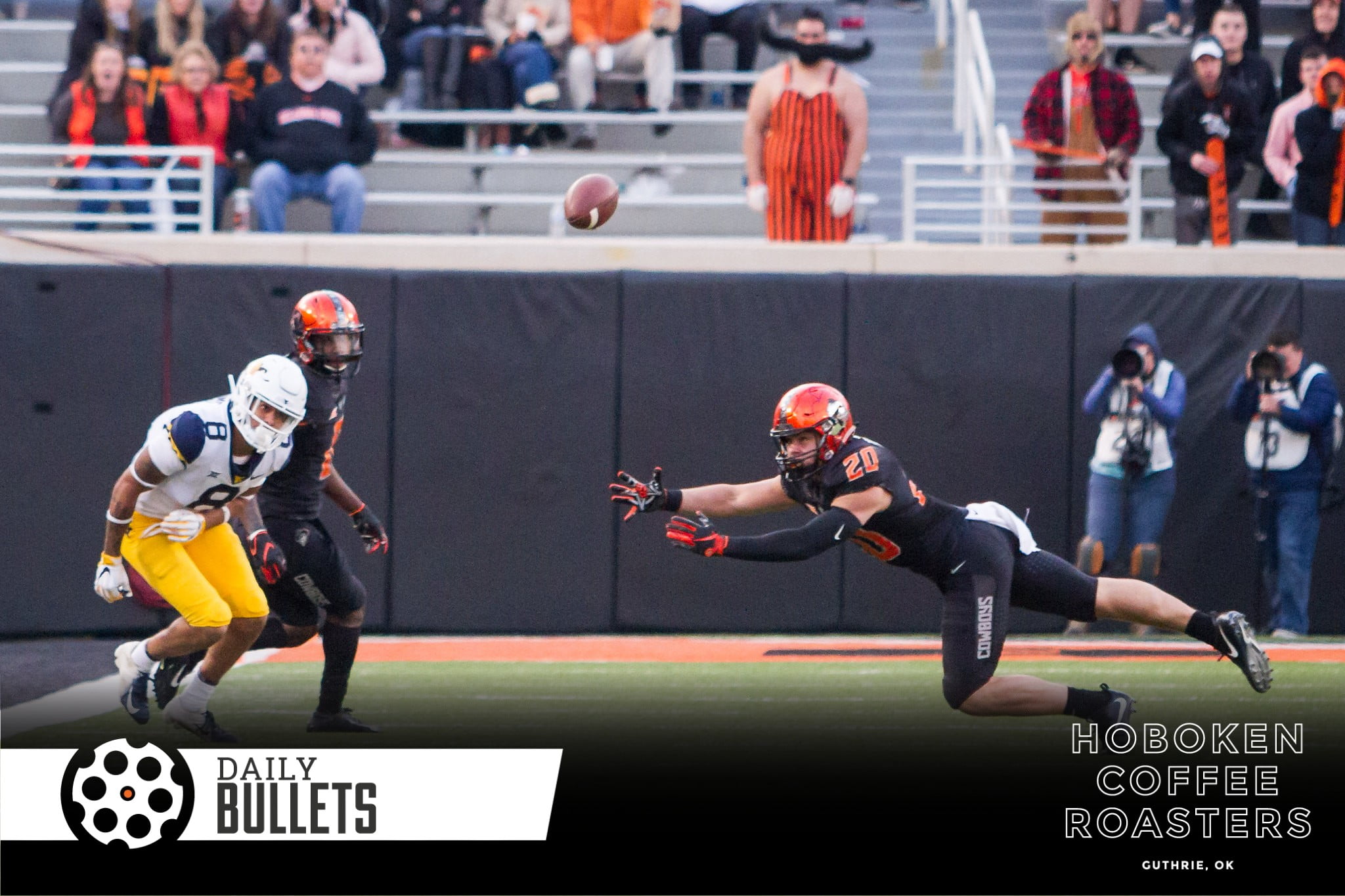 • Mike Holder tried to find a new opponent for the Pokes this week – that’s interesting. Moving around league schedules seems like a tricky business.

• Something I’ve been struggling with is how Baylor gets a pass for the interruptions caused by COVID (just by them) – look at this comparison between the Bears and the Pokes:

Twenty-eight is an alarming number, and it looks even more alarming when compared to OSU’s positive cases. The OSU athletic department announced Monday that there were three active cases of COVID-19 within its football program. The most OSU has reported at one time since giving out its weekly reports is seven football players.

Mike Gundy describes the process of worrying about COVID with college kids that “…you just hold your breath.” I totally get that there’s only so much you can do with “kids these days”. But something you can palpably feel in the situation is this – as frustrating as it is for us as fans, can you imagine how it feels to be a player?

That’s maddening for OSU players who are aching to play games, and who appear to be following the health and safety protocols designed to help them do so.

One commenter from the first article linked above had a great idea – at some point, reschedules turn into forfeits.

• Chris Carson and Emmanuel Ogbah are playing some solid football in the league – and props to Jordan Brailford getting a promotion to an NFL roster. An aside: Mason Rudolph played with some solid NFL talent in Stillwater.

• Big County locking it down over the weekend – congrats to the big fella. Scenery was on point – my best guess is on top of Boone Pickens Stadium or the Union. Definitely the library bell tower in the background.

• Tyron Johnson went for seven (yards) in his only offensive touch Monday night – but he took all four kick returns (a long of 23). Seems to have locked down a roster spot.

• LeBron’s dominance (while the Warriors were out this year) is something to behold
• Communities are built, not found (faith-based)
• Surprising origin of fried chicken