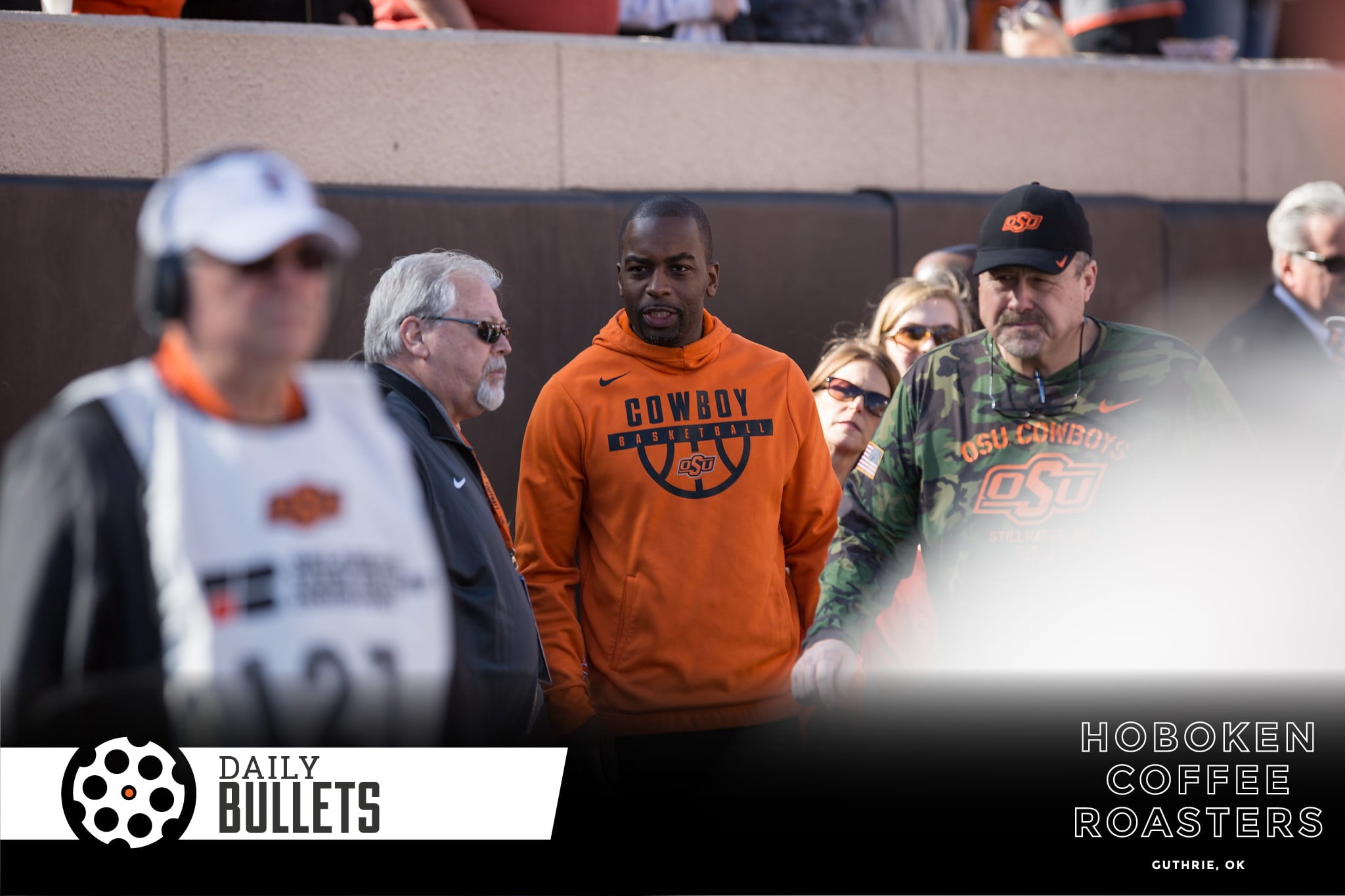 • Between OSU, K-State, and Iowa State – the three remaining undefeated teams in league play – who has the best path for a ticket to the Big 12 title game? Jenni Carlson would argue the Pokes.

The schedule is more forgiving for OSU.

The Cowboys host Iowa State on Oct. 24 and Texas on Oct. 31, then go to K-State on Nov. 7. That will be a demanding three-game stretch on consecutive Saturdays, but if OSU had to pick one of those three opponents to play on the road, K-State would be the obvious choice after losing Thompson.

• For all of the hype the TCU safety gets, it’s important for folks to weigh in how effective Kolby Harvell-Peel has been statistically:

• Gundy’s on a pretty short list here – really surprised he has almost 50 more wins than David Shaw at Stanford!