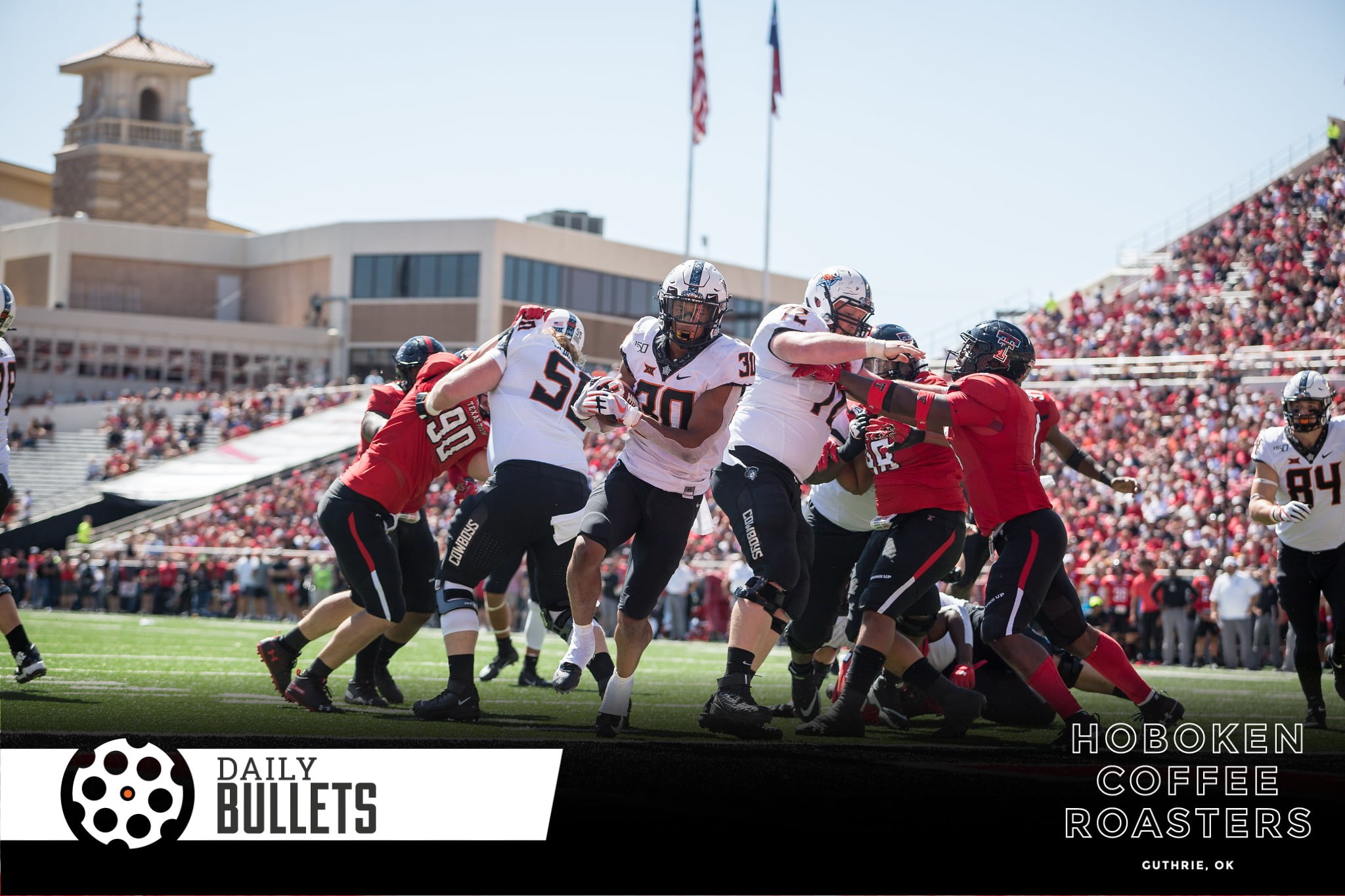 • Bill Haisten nails the “state of the program” over the last couple of years – take in the whole piece if you’ve got a few minutes.

The first of those 16 games was a 41-17 home loss to Texas Tech. The most recent of the 16, played on Oct. 5, was a 45-35 setback at Texas Tech. As Spencer Sanders was intercepted three times and lost two fumbles, the Cowboys were minus-5 on turnovers.

Since recording six 10-win seasons during this decade, the Cowboys have been undermined by self-inflicted mediocrity. They’ve developed two nasty habits: losing in home games and losing to opponents that have less talent. [TulsaWorld]

As much as a game/moment weighs on your mind, one instance does not a trend make. But the 8-8 number is the epitome of mediocrity. Homecoming is just as good a time as any to break out.

• Take a look at these bowl projections for the Cowboys and see if any suit your fancy.

The SEC teams would be snoozers – Mississippi State lost to K-State and Kentucky lost their Oklahoman that carried the load at QB. I’ve seen enough Pitt for a lifetime – and I’m still not over Larry Fitzgerald taking the Biletnikoff from Rashaun Woods. The gold medal would be Utah in the Alamo with A&M in the Texas Bowl being a close second.

First-Team RB: Chuba Hubbard, Oklahoma State
Even with a week off in Week 7, Hubbard still possesses a 278-yard advantage over the next closest running back in terms of total rushing yards. He’s gained 1,094 on 163 carries, averaging a ridiculous 6.7 yards per carry and has run national-best 26 carries of 10 or more yards.

He’s got great vision and great burst through the holes as he’s dealing with inferior run-blocking in front of him than the likes of fellow First-Team RB in Taylor. [PFF]

It’s hard to tell how that last bit will impact awards – will they be extra impressed or just claim the yards are empty calories, empty numbers an output of a system? I’d have to think that 2,000 yards punches your ticket and puts you in the conversation.

• This faith-based read on assuming good motives was solid

How the two-hour marathon was broke: