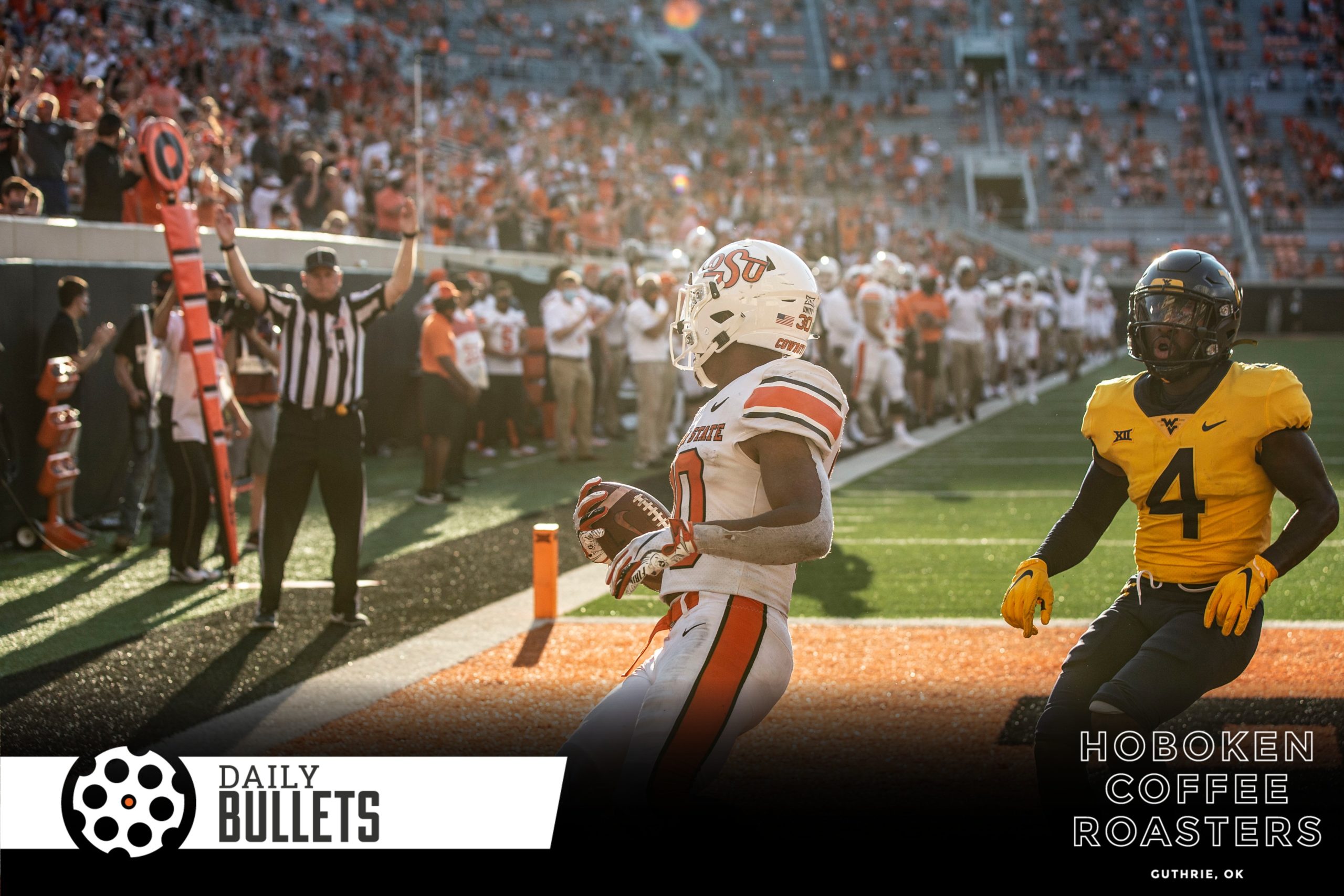 • Here’s a bowl projection I would be excited about – a traditional Big Ten power NOT Ohio State in the Cotton Bowl:

“If the Cowboys go unbeaten and win the Big 12, we’re putting them in the Playoff. However, that’s a big if considering that league’s unpredictability at this point. Penn State is likely a one-loss team in this projection with that setback — Ohio State perhaps — costing the Nittany Lions a berth in the Big Ten title game.”

• The TulsaWorld’s Bill Haisten was delightful on the PFB pod talking quarterbacks, scheduling, and these unprecedented times

• Fill in your Bingo card with some of these comments from Mike Gundy – but h’es not lying, you will (likely) know a lot more.

“I think the players are smart enough to figure that out,” Gundy said of the dealing with some of the different aspects of Big 12 offenses. “I think over the next month we are going to be challenged by teams that are in really good shape and healthy, physically and mentally.  We’ll know a lot more in three weeks.”

• Forget a quote – this whole interaction between two brothers was delightful:

• Would you be more excited about today if OSU was playing a Central Arkansas -type of school? What about a TU rematch?

• No. 1 – Mike Holder looked for a fill-in opponent

This video on how much speaking English changed over 13 centuries is wild: