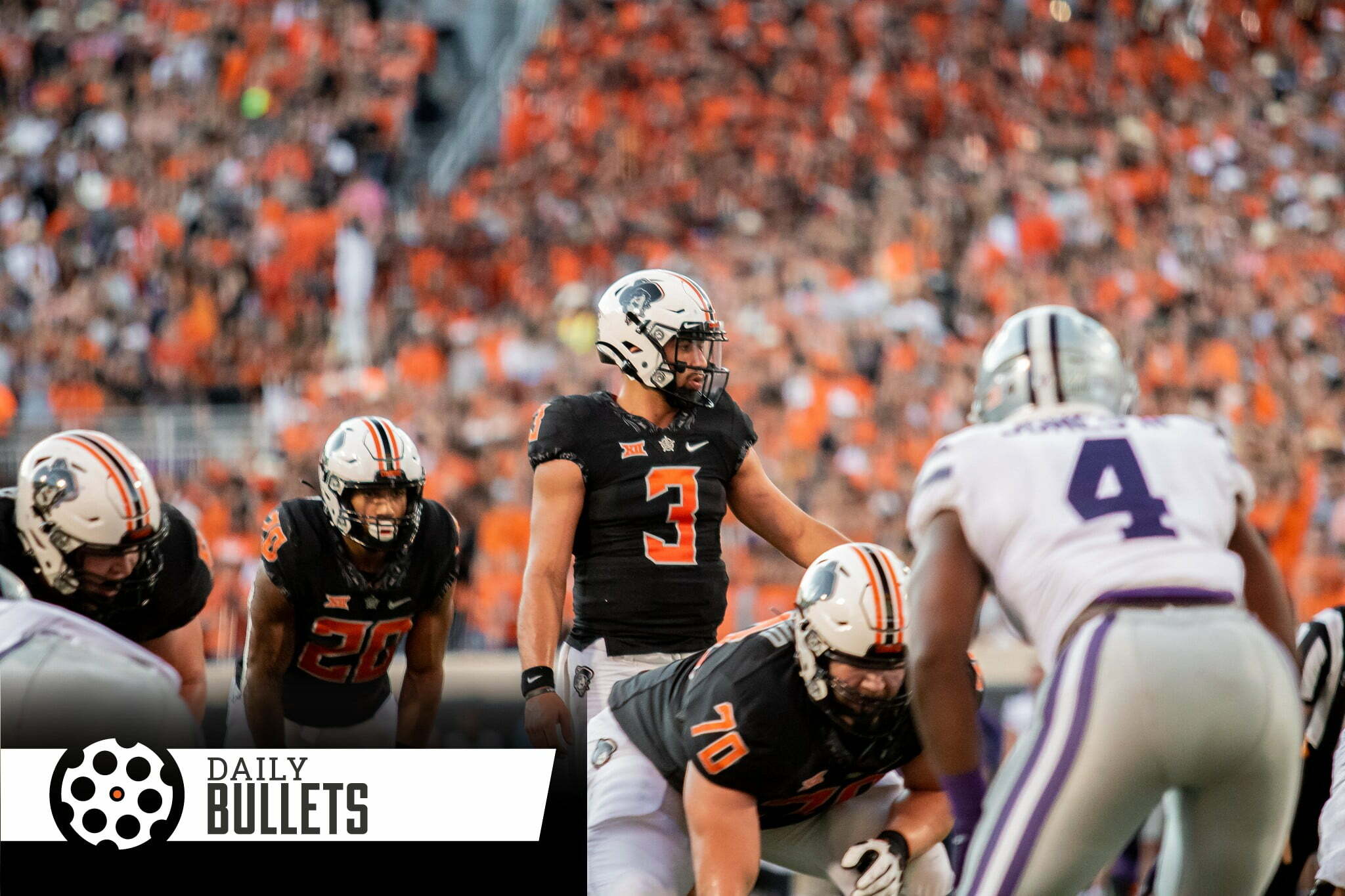 • K-State’s Chris Kleiman is looking for his first win against Mike Gundy – and the recent series against the Wildcats is more lopsided than you may guess:

OSU has defeated Kansas State in nine of its last 13 meetings. Gundy is 9-5 in his career vs. K-State, while K-State coach Chris Klieman is 0-3 against Oklahoma State.

This guy is onto something – laughed hard when he talked about teen moms having it figured out: