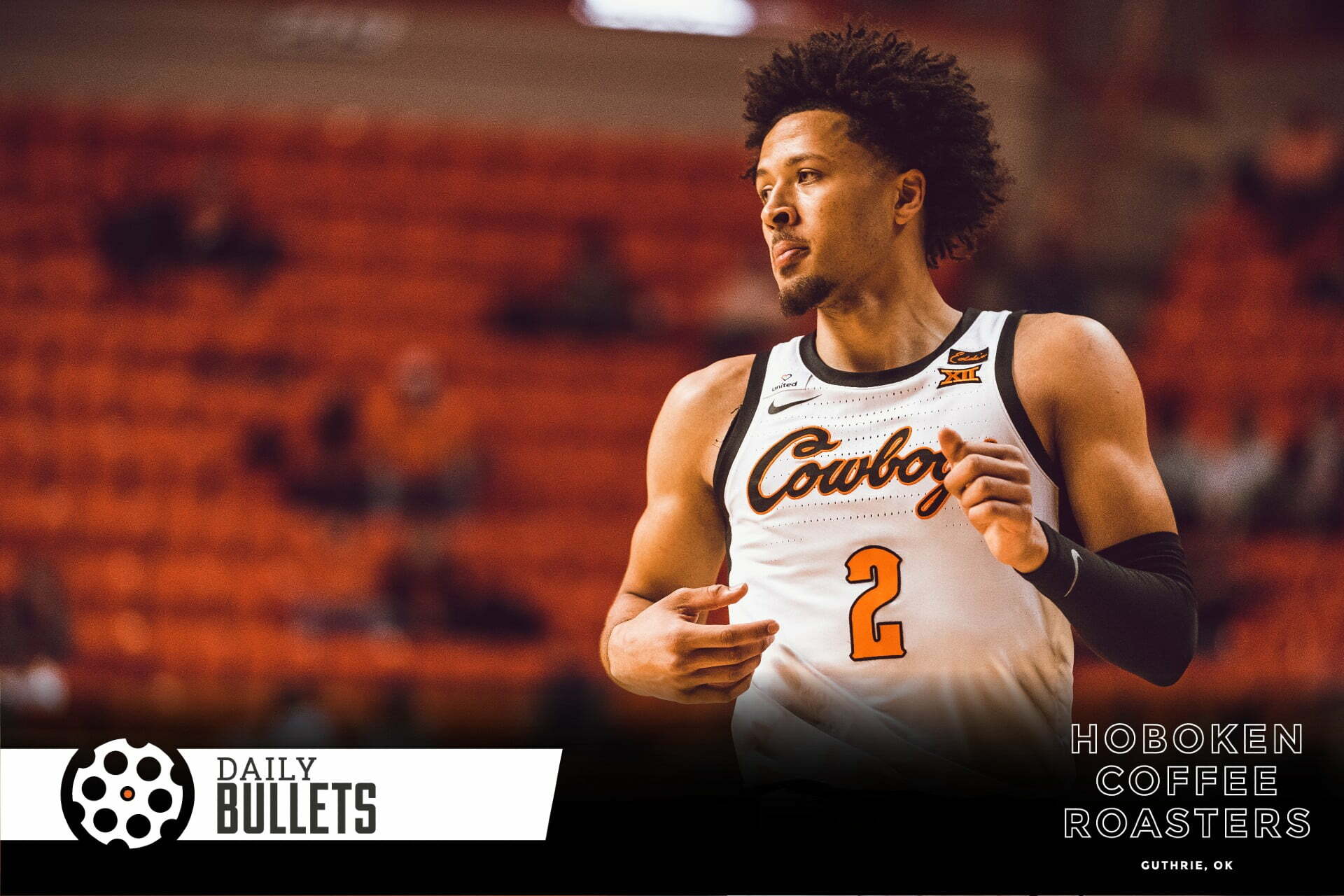 The schedule is tough, but the opponents — outside of Bedlam — make this a closing stretch where they feasibly could win out. And, frankly, the Iowa State game was a coin flip that could’ve gone either way — so I’m not prepared to overreact too much.

• Five-star guard Anthony Black is said to be a heavy-Poke lean and he’s in an interesting spot with his senior year of high school: he was deemed ineligible by Texas high school authorities.

Due to the uncertainty of what is to come now that the UIL has made a ruling, Black is unsure of when he will make his final decision. However, the opportunity to thrive early at the point guard position will be heavily valued when his decision date rolls around.

• CBS Sports has Avery Anderson as the No. 56 player in college basketball this year

• Officials are frustrated with flopping vs. being injured
• The frustration with the “productivity culture”
• Two solid (and pretty) emotional faith-based posts: Don’t go to Egypt and Talitha Cumi