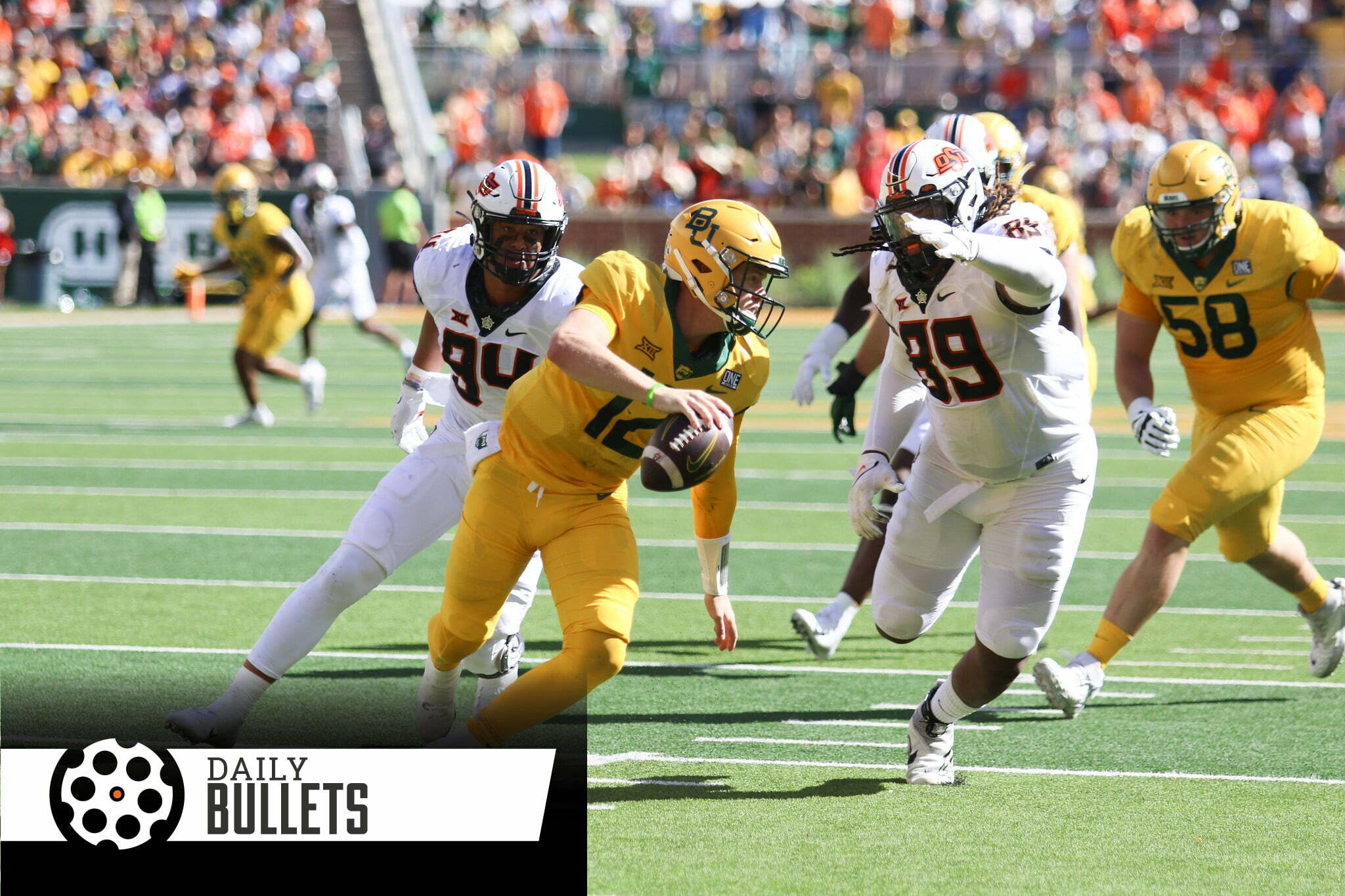 • OSU landed the 2:30pm timeslot again for next weekend’s game against the Horned Frogs in Funky Town.

• Mike Gundy gave some analysis on one of OSU’s most improved units – the offensive line. It’s early to call it but sometimes turning over three starters doesn’t always lead to improvement.

Thus Gundy’s comment Monday: “We were good, not great. But we were certainly better than in the championship game.”

• What Mike Gundy had to say at his weekly press conference

• Grading OSU’s performance in the win over Baylor

• Only two months (less one day) til Arlington

• Sometimes it doesn’t feel like the Cowboy offense is uber-explosive, probably because OSU fans have seen so many fireworks over the years. But it appears they have one of the most explosive playmakers in the country:

• Nice slice of humble pie for your Sooner friends here. Related note: the Pokes are the favorite to win the Big 12 currently.

• This nails the high level direction revenue sports in college could be headed to – a divorce from the NCAA… if they don’t get it together
• Kevin O’Connor riffing on SGA? Yes, please.