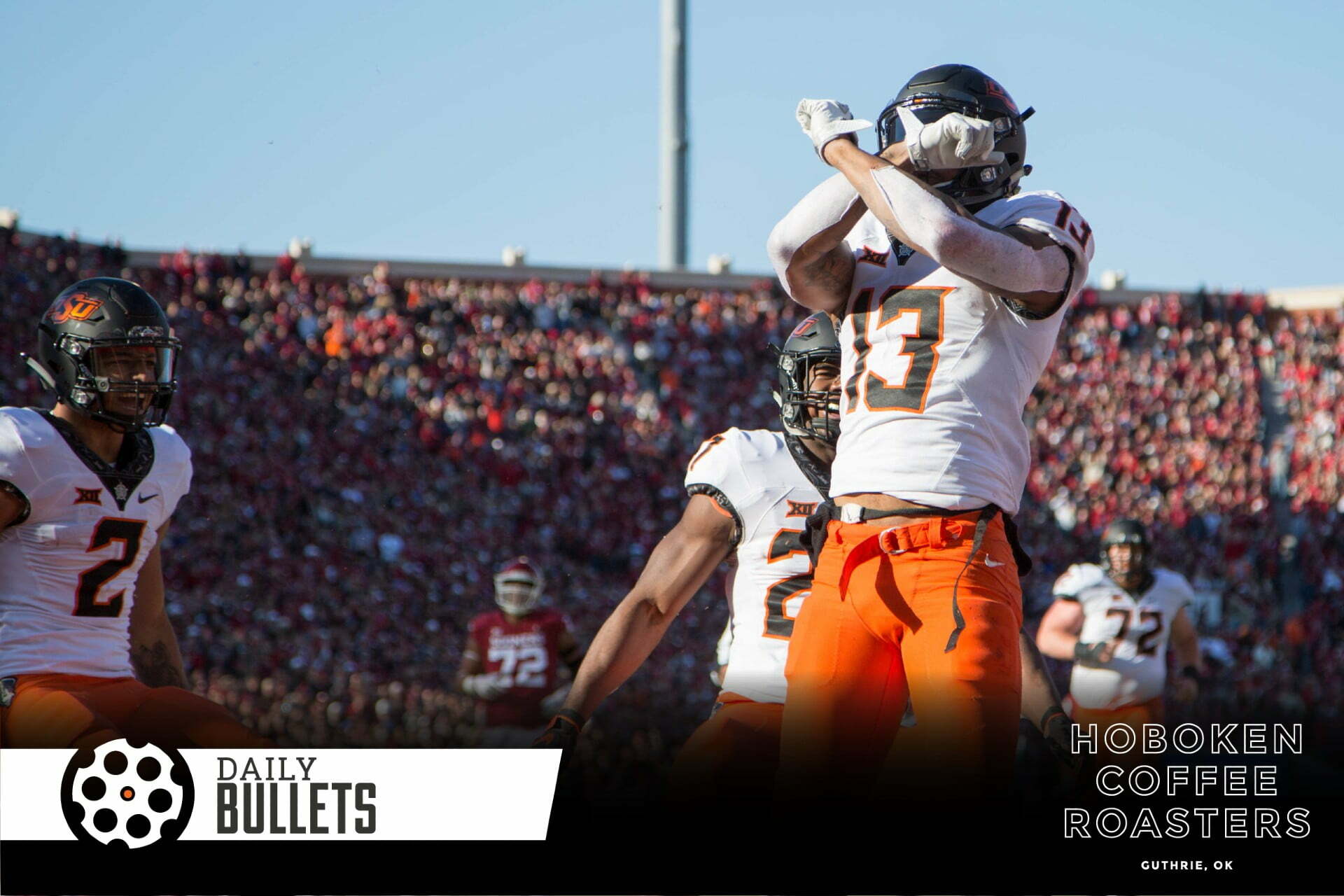 • Here’s a breakdown of all the Cowboys who made (and didn’t make) NFL rosters yesterday.
Pretty surprising – Tyron Johnson was cut by the LA Chargers yesterday. Dillon Stoner was waived but is headed for the practice squad with the Raiders.

I can’t wrap my head around Los Angeles’ decision to cut Johnson with (Justin) Herbert entering Year 2, but here we are. For teams in need of a vertical element to their offense, Johnson needs to be a top priority.

Another interesting aspect of all of this: where would these athletic programs be if they were brought into the Big 12 in 2016? Can you imagine how much more attractive they’d be with an extra $100m of TV money invested in their athletic programs over five years?

Also, the Big 12 won’t need to do much work to learn about new applicants for the conference:

The Big 12’s infamous 2016 expansion process, during which the conference asked for applications from prospective members and interviewed at least 11 schools, gives the league more than a jumpstart.

• Take in these OSU predictions for the 2021 football season

• A few Cowboys talked with the media yesterday

• OSU took their unis up a notch in 2009 but these old ones were really solid.

Last Bond movie with Daniel Craig, coming out in October: