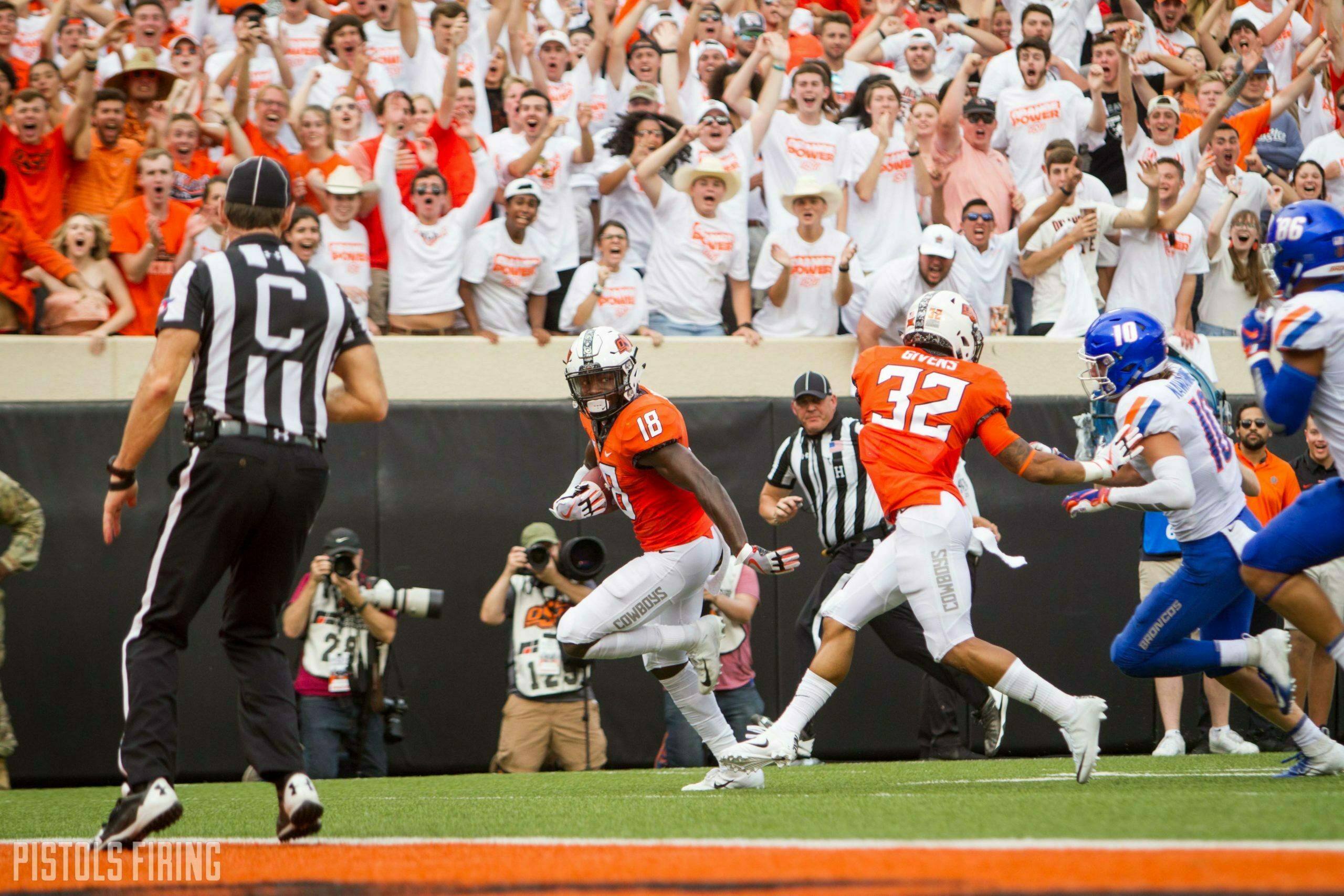 With the Pac-12 deciding against expansion (for now), the ACC, Big Ten and Pac-12 joined together in an alliance and the SEC up to 16 teams in its super-league with OU and Texas, more and more it seems an inevitability that to survive, the Big 12 must expand.

Plucking teams willy-nilly won’t do, though. To position best for the next television contract, the league must think strategically about expansion. What schools can add television value? What schools would help build competition on the football field with playoff expansion on the horizon? Does the geographic footprint get expanded with the addition of a school or schools? And if so, does that expansion make sense?

Lots of factors to take into account if the league opts to expand. Taking those into consideration, this should be the order of calls the league office should make if it does indeed choose to expand from eight.

Here’s the deal: BYU on a Big 12 map would be the outlier. The league has no teams west of Lubbock much less all the way in Utah. But BYU makes sense from a competitive standpoint (they’ve been very good in football since going independent in 2011) and from a distribution standpoint (they rank very highly in average viewership). Those factors should be tops among any list.

I’ve been among the cadre of characters calling for the Big 12 to give Houston a Barry Sanders-sized stiff-arm in expansion. I admit, I think I was wrong. The Cougars represent a city that ranks top 10 in Nielsen rankings and they not only have a big, loyal audience, but good sports teams, too. They just made the Final Four and are consistently one of the better non-Power football programs thanks to its hefty resources and booster backings. The addition of Houston would also keep the footprint of the Big 12 largely intact while expanding to a mega-market in a mega-state.

Among the many reasons I’m not totally against a merger with the AAC is that the league is loaded with quality programs. Memphis is among the appealing schools, with a Penny Hardaway-coached basketball program barreling toward top-20 quality and likely sustainable paired with a football program that is perennially underrated. Tigers fans are hardcore sports fans and — selfishly — I’d love to see Memphis in the Big 12 if for no other reason that a road trip to get BBQ there once every other year sounds delightful. Beale Street, anyone?

Cincinnati has a bigger television market than Oklahoma City, Tulsa and Memphis, and it has undoubtedly made strides of late as a football program. Under Luke Fickell, the team has won 31 games in the last three seasons and taken only six losses in that span. The basketball program is typically good, and while it has taken a step back in recent years after Mick Cronin’s departure, it remains one of the best in the AAC.

Look, does UCF make sense if you plot it on a Big 12 map? Absolutely not! Does it matter? For the Big 12, perhaps not! UCF is the largest school for enrollment in the great state of Florida and among the biggest in the entire country with nearly 72,000 (!!) students. (More than triple OSU!) We’d probably have to sit them down and let them know they can’t go around claiming themselves as national champions — especially for the 1945 season — but there’s lots of appeal with this program in terms of size and what it could bring from an athletics perspective.

Definitely think Bob Bowlsby would have to draw a hard-line stance on one thing: Under no circumstances is blue turf acceptable. Outside that, though, Boise’s football program, like UCF, has been nothing if not consistent of late. Like UCF, Boise on a Big 12 map doesn’t make much sense, but there is still a lot the school could add to an expanded Big 12.

This would be a market play for the Big 12. If it wants to corner the Dallas metroplex, SMU makes sense on that front as a potential expansion team. Dallas/Ft. Worth is a top-five national market. The problem here lies in the fact that SMU — despite some pretty significant investments — has not been all that good in football or basketball, with only one 10-win season in football since 1984 and two NCAA Tournament appearances since 1993.