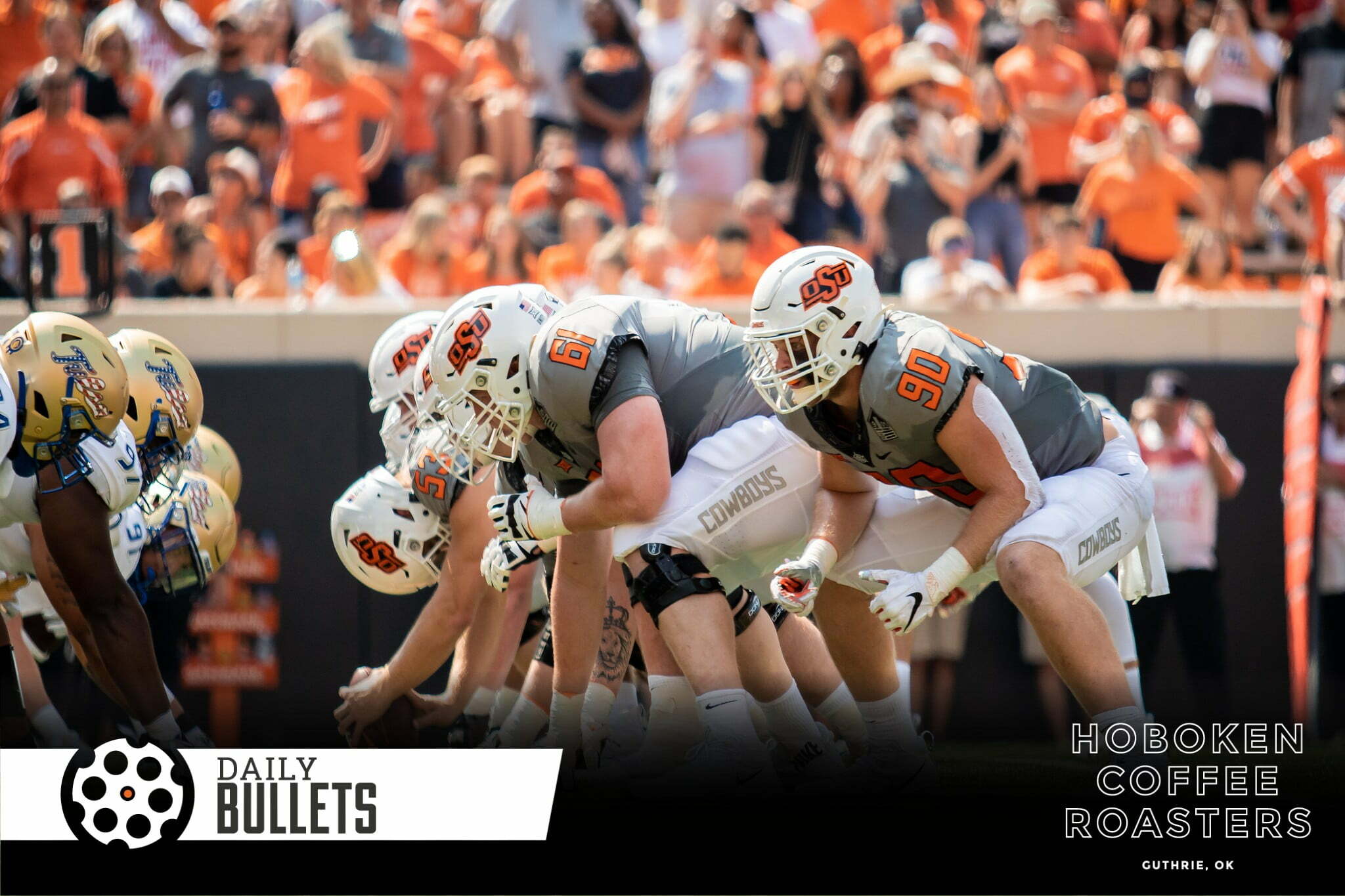 • If you haven’t already done so, check out Marshall’s 10 Thoughts on OSU-Tulsa. You won’t regret it. [PFB]

• OSU really could have used former Cowboy Jelani Woods on Saturday. He was productive in Virginia’s win. [PFB]

• Gundy on Oklahoma State going back to the drawing board a bit on offense — two weeks into the season — is kind of a scary proposition.

• To that point, Berry Tramel asked: When will it cost the Cowboys?

The Cowboys are accustomed to stars making plays. But can they count on Bray making a leaping catch, stabilizing himself with a hand to the turf and breaking a tackle to produce a 26-yard touchdown? Can they count on Green making a 16-yard TD grab by barely getting a foot down in the end zone, with Tulsa senior Tyon Davis draped all over him? Can they count on Warren dashing inside and out, shirking Golden Hurricanes and finally scooting on an 11-yard touchdown run? [The Oklahoman]

• I like the W-G-W uniform more because of the commemorative 9/11 patch and the fact that they were trying something different. It works because of the classic OSU brand helmet and didn’t go with something flashy. But I don’t love it because it makes OSU’s linemen look like LEGO figures. (see feature image above) Am I wrong?!

• Cowboy fans might be restless following a pair of ugly wins, but at least they were wins.

• And this was truly an eerie, and truly unforgettable story. [Esquire]