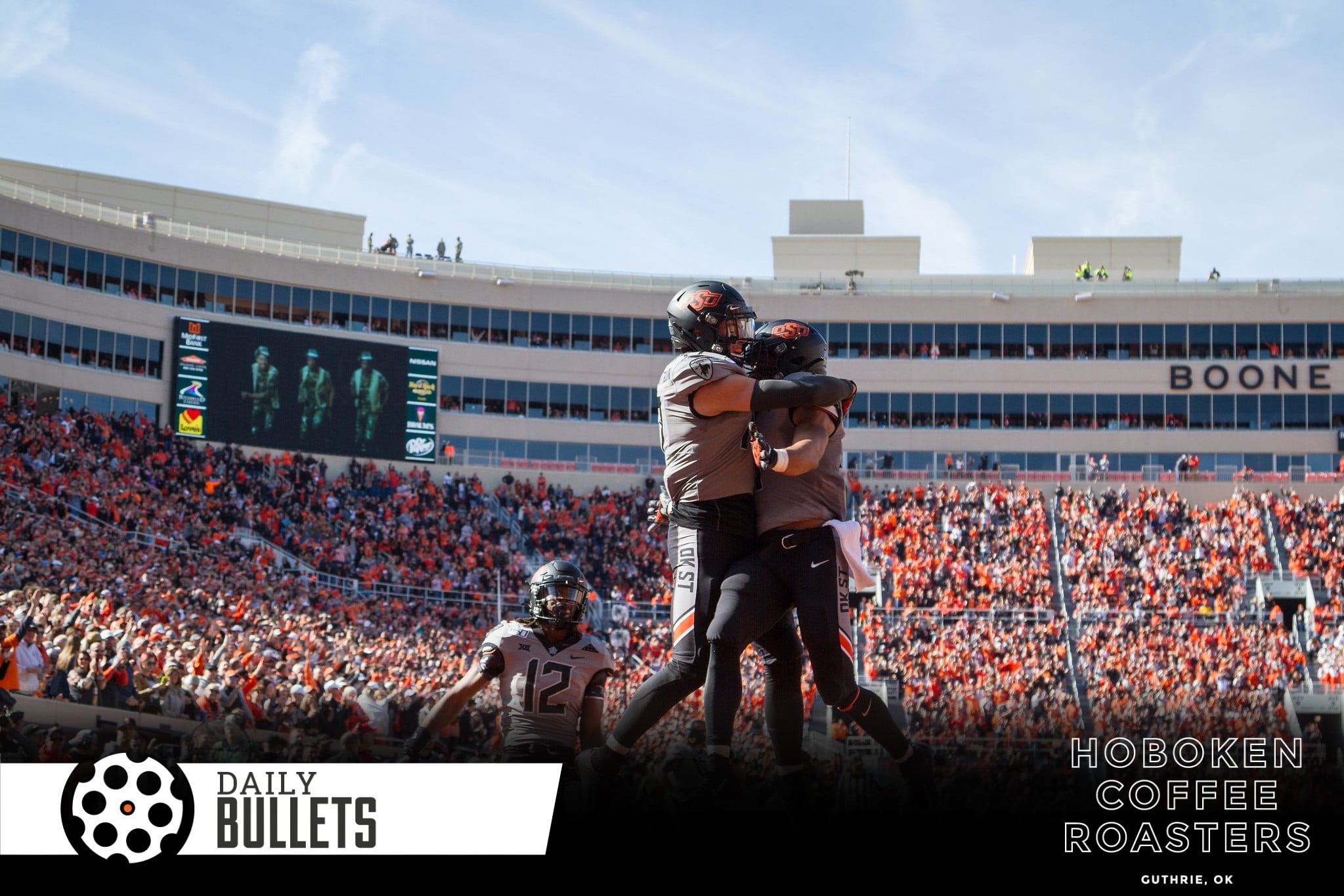 • Any perks for the Pokes getting to delay playing their first game? Gundy named two in his weekly presser:

“We’ve had a few players that had minor injuries that we should get back this week, (that) is an advantage,” Gundy said. “Certainly with Tay (Martin), another week of practice is an advantage for us and for him as well. [Pokes Report]

You’re not getting Colin Clay back 🙁 But getting a significant receiver some extra practice time is nice.

• Bummer that the Garth house in Stillwater is gone:

A home that once proudly read “Garth Brooks Lived Here 1987-1988” has been torn down.#OkState pic.twitter.com/ohmdPlloPV

• Liked this faith-based read – is your church messy enough?
• Mock drafts like this are a favorite when I’m up rocking a baby at 4am
• Vinyl records are now outselling CDs – I’m on the board with two records to no CDs this year