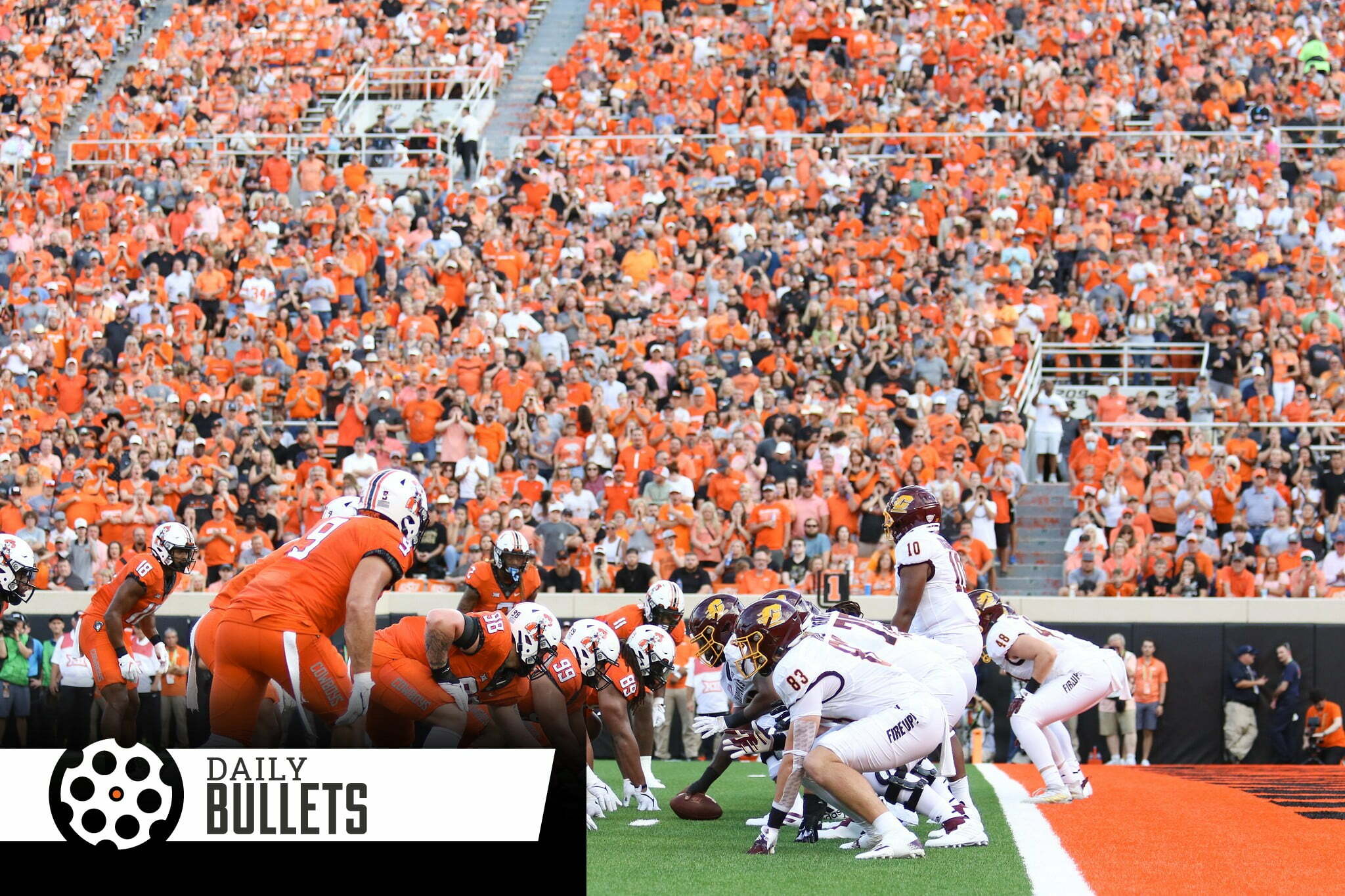 Here’s everything you need to know going into tonight’s game.

• Saturdays and college football have been spectacular so far – here’s a viewing guide for week three. Can you believe that OSU is a 54.5 point favorite??

• Kyle Cox rightly pointed out the significance of Dominic Richardson’s breakthrough in the second half of the Arizona State game:

If he keeps this up and stays healthy, Richardson is the type of player OSU can run its offense through, and he’s expanding his game to be an all-around playmaker that can beat teams in multiple ways.

• Pretty fascinating – as Mike Yurcich has continue elsewhere, he hasn’t taken Mike Gundy’s view on recruiting “stars” with him:

• No. 1 Malcolm Rodriguez is pulling wrestling moves on NFL players

• No. 2 Ten thoughts on the win over Arizona State

• No. 3 Twitter recaps the win over the Sun Devils

• No. 4 There’s an epic new Heisman commercial with Barry and Baker

• Just go to sleep.
• Mind blowing stuff here – Texas spent $280k on a recruiting weekend for Arch Manning and Co. (via The Athletic $$$)