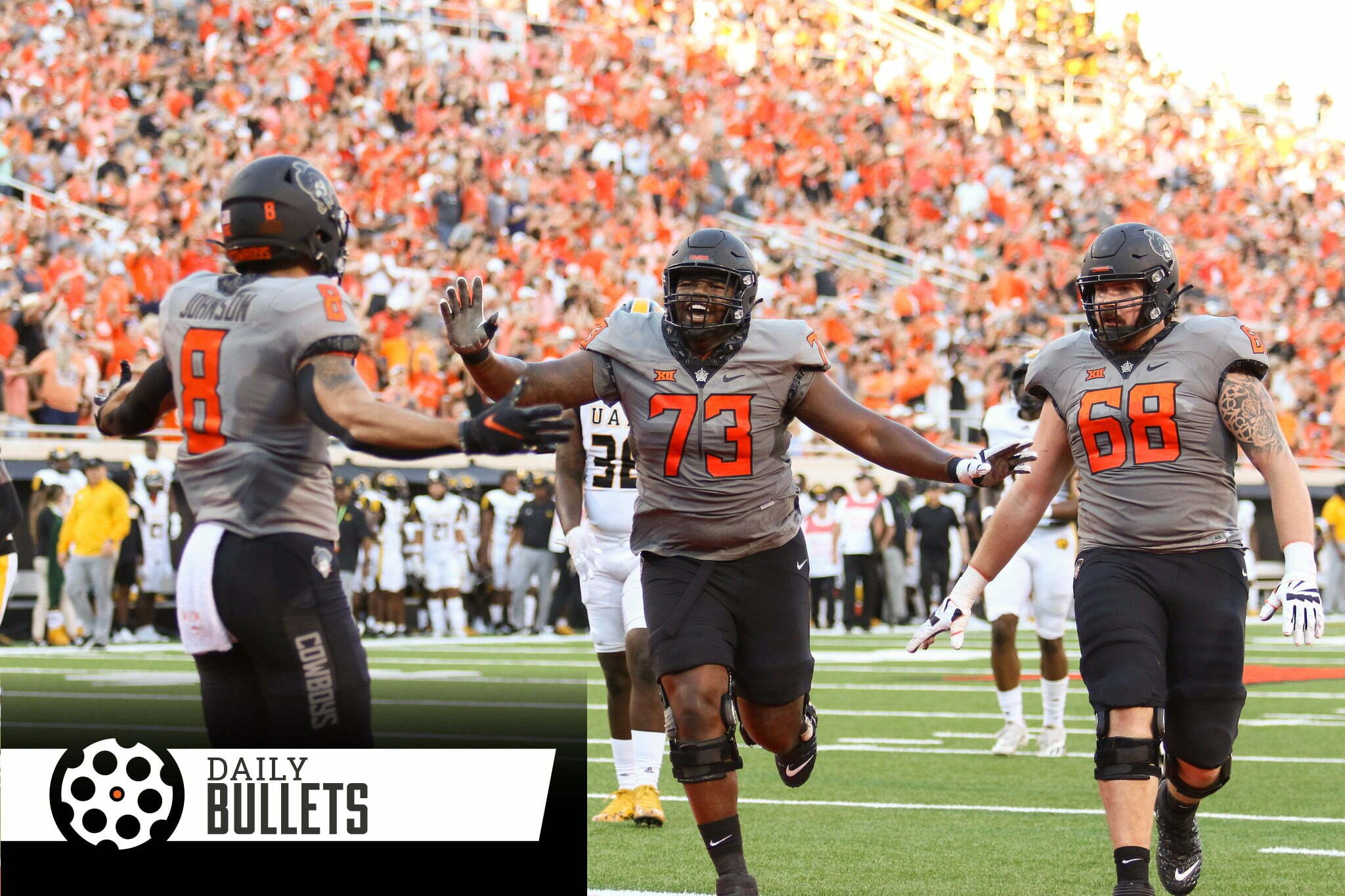 • Solid plan for the Cowboys in Waco:

The first thing Mike Gundy needs in Waco is for Spencer Sanders to throw it to the Cowboys only (see: Sanders’ 7 interceptions against the Bears last year). The second task: find a run game.

• Pretty sweet deal – homecoming tickets against Texas have sold out

• Five thoughts on the Big 12 during OSU’s bye week