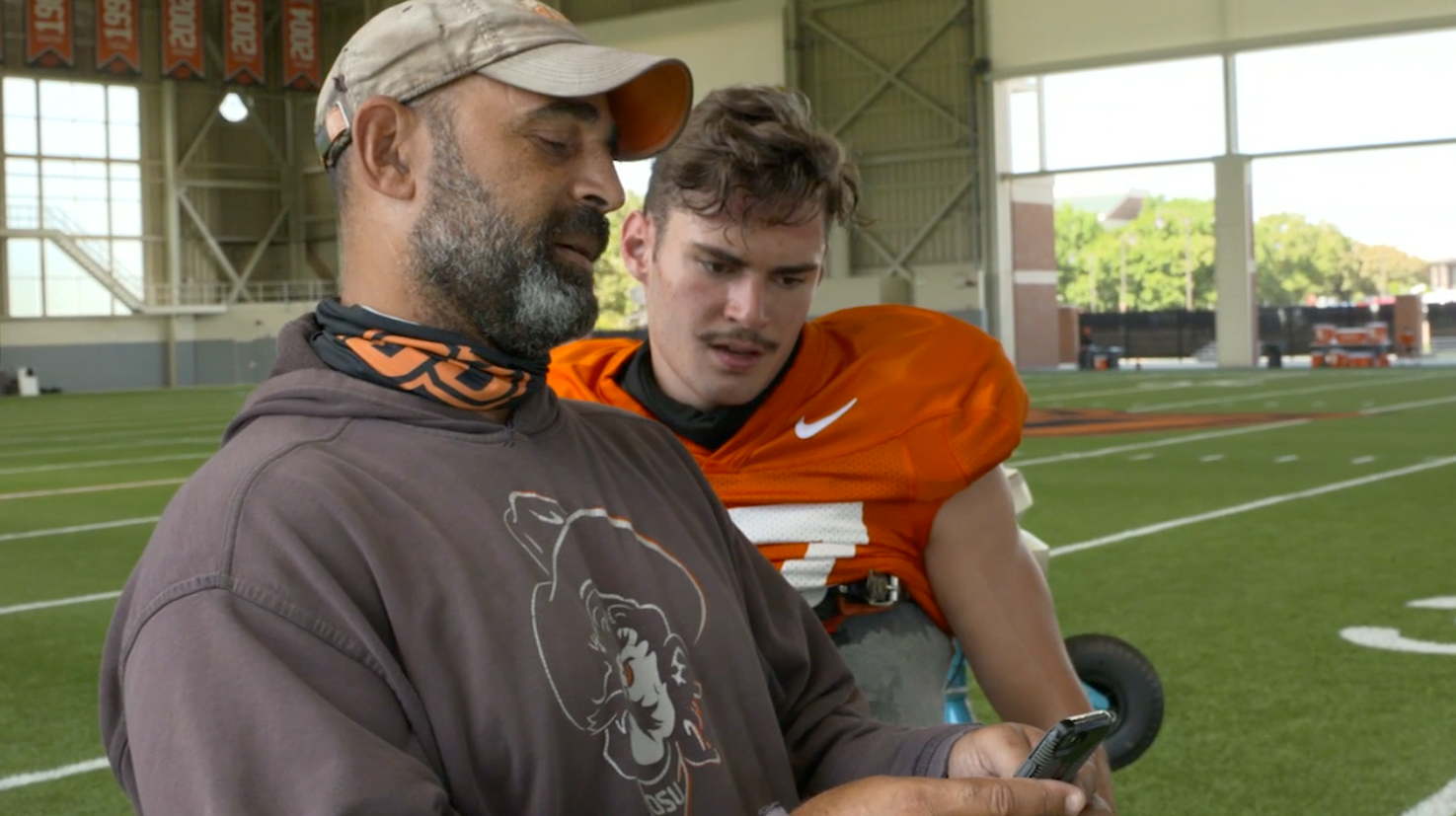 Episode 4 of the ESPN+ documentary that’s following Oklahoma State this preseason, entitled ‘Our Time: Oklahoma State Football,’ was arguably the best one yet. It started with the scene around the OSU program as the Big Ten postponed its football season, and progressed from there documenting the wild week that was as the sport nearly came to a complete halt.

Spoilers ahead, as always. Let’s dive in.

• Gundy on the CFB season crashing to a halt, and the frenzied hours and days spent discussing it: “Nobody knows what they’re talking about. Everybody is speculating. It’s all speculation.”

• Gundy on players being empowered: “You guys can say whatever you want on Twitter, publicly, and it’s not going to make one bit of difference. The voice is the players. The players have all the voice.” Says if the season is to happen, it’s going to happen at the urging of players. He says he talked with Chuba and urged him and his teammates to voice their opinion if they do want a season.

And the elder Stoner. I see the resemblance!

• Kasey Dunn on Dillon Stoner: “Dillon is fantastic. He’s having a great camp too.”

• Jim Knowles might actually be the GOAT. His first appearance in this episode is with him and Cam Murray, and Murray says, “I’m gonna start sweating before practice even f****** starts.” Knowles responds: “It’s OK, you don’t have to use the F word. You can just say, ‘Coach, it’s hot out there.'”

Murray: “You be cussing us out!”

LOL! Five seconds later, scene with Knowles bleeping on the field at his players. Epic.

• Knowles saying, “We gotta blitz more!” has me weak.

• I, for one, am shocked that this man transferred from West Virginia. But holy smokes that flow is stellar.

• “It’s on like Donkey Kong” coming out of Mike Gundy’s mouth is just honestly incredible. Top-3 phrase I would have guessed he’d use in this episode.

• Gundy says in front of the team he needs only “about 40 players” to play games. (He was asked this exact question earlier this week and declined to answer.)