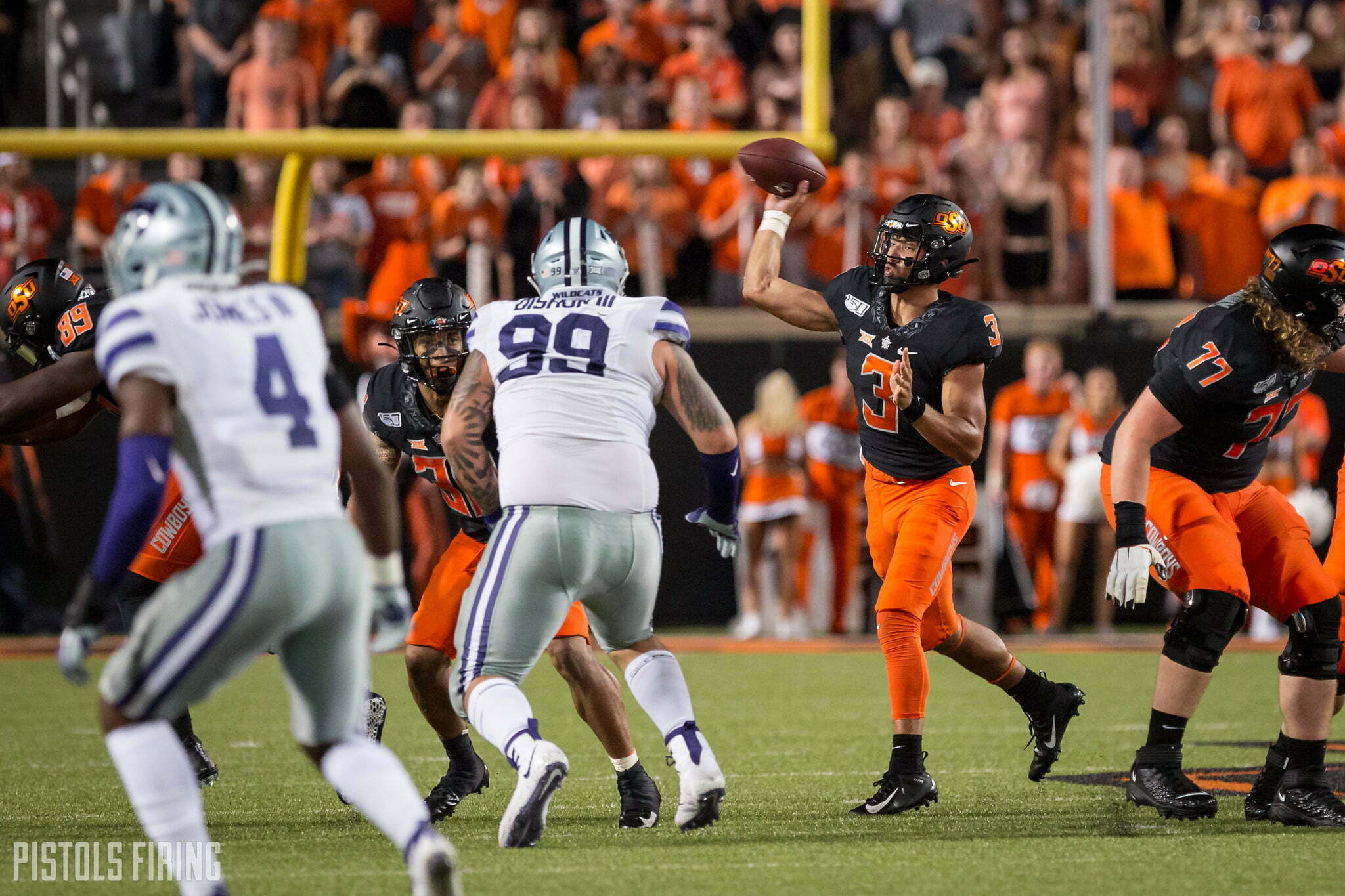 Coming off their first loss of the season a week ago, Oklahoma State was able to rebound with an impressive performance on the ground and pick up a home victory over Kansas State. Cowboy running back Chuba Hubbard went for 296 yards and the OSU defense was able to hold the Wildcats to just 13 total points. Now, let’s get to my two takeaways from the Cowboy offense in their first Big 12 victory of the 2019 season.

The diamond formation was first made popular in Stillwater by the Dana Holgorsen led Cowboy offense in 2010, as shown in an image from SBNation’s Ian Boyd in a post from 2014. 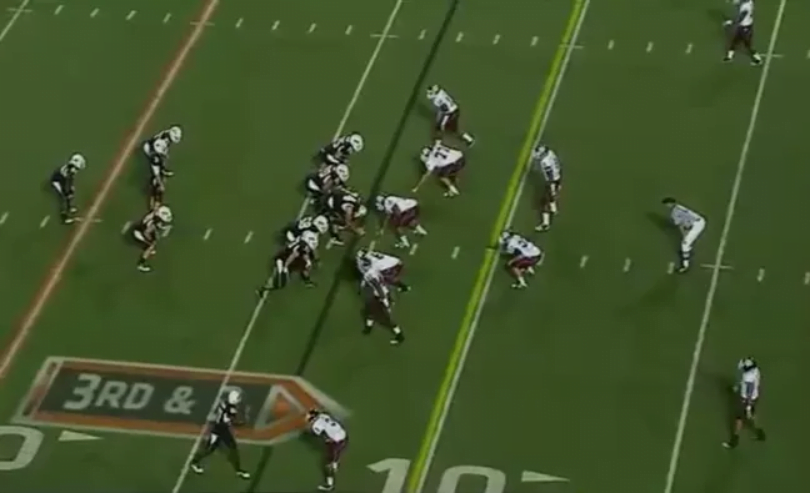 The diamond formation allows for the offense attack multiple areas of the defense and can cause a lot of confusion for the defense with three players in the backfield with the quarterback. We saw the Pokes find some success with this formation a season ago, as shown in the clip below.

They decided to go back to it this weekend, and once again found success moving the ball against K-State out of this look.

In the video above, you see OSU quarterback Spencer Sanders take the snap and hand the ball off to Hubbard. Cowboy Backs Dayton Metcalf and Logan Carter, who were lined up in the diamond with Hubbard, are his lead blockers through the hole.  With some solid blocking and a nice cut from Hubbard, the Cowboys wind up with a big gain.

We also saw OSU get the QB running game going out of the diamond, as you’ll see in the next clip.

They also took the diamond formation to the air.

The diamond formation is not successful against every defense, but Oklahoma State had found success with it against KSU’s four down linemen front a year ago, so it wasn’t too surprising that they went back to it on Saturday.

After OSU’s loss to Texas, one of my takeaways from the game was the play action roll-out pass. With Sanders’ mobility and accuracy throwing on the run, I wasn’t sure why the Pokes hadn’t utilized this more in the red zone. Well, this past Saturday we saw that change during the Cowboys’ second trip deep into K-State territory, as shown in the following clip.

This was a great play call by OSU offensive coordinator Sean Gleeson. Split Tylan Wallace out to the field side, or wide side, and run play action to Hubbard while Carter slips behind the defense into the end zone. On first and goal, after how much the Cowboys relied on Hubbard in Austin, everyone on the K-State sideline had to have been thinking run.

However, outside of this drive, the Cowboys ran the ball 11 times and threw it just three times (excluding the pass involving the ineligible man downfield penalty) on four other trips into the red zone. It’s not really so much the fact that they didn’t throw it, but they just kept it simple and didn’t get very creative when in striking distance, as you see on third and eight in the below video.

Additionally, Wallace only had two targets in the red zone, and neither of them were throws to the end zone.

With a reliable kicker like Matt Amendola, and guy like Chuba in the backfield, I can see why the Pokes don’t want to put the ball in the hands of their freshman quarterback down close to the opponent’s end zone.

That being said, it’s frustrating to watch at times, especially after seeing what Gleeson was doing in the red zone at Princeton. However, I do think as Sanders continues to become more comfortable leading this offense, we will see some exciting things from the Cowboys in the red zone as the season wears on.