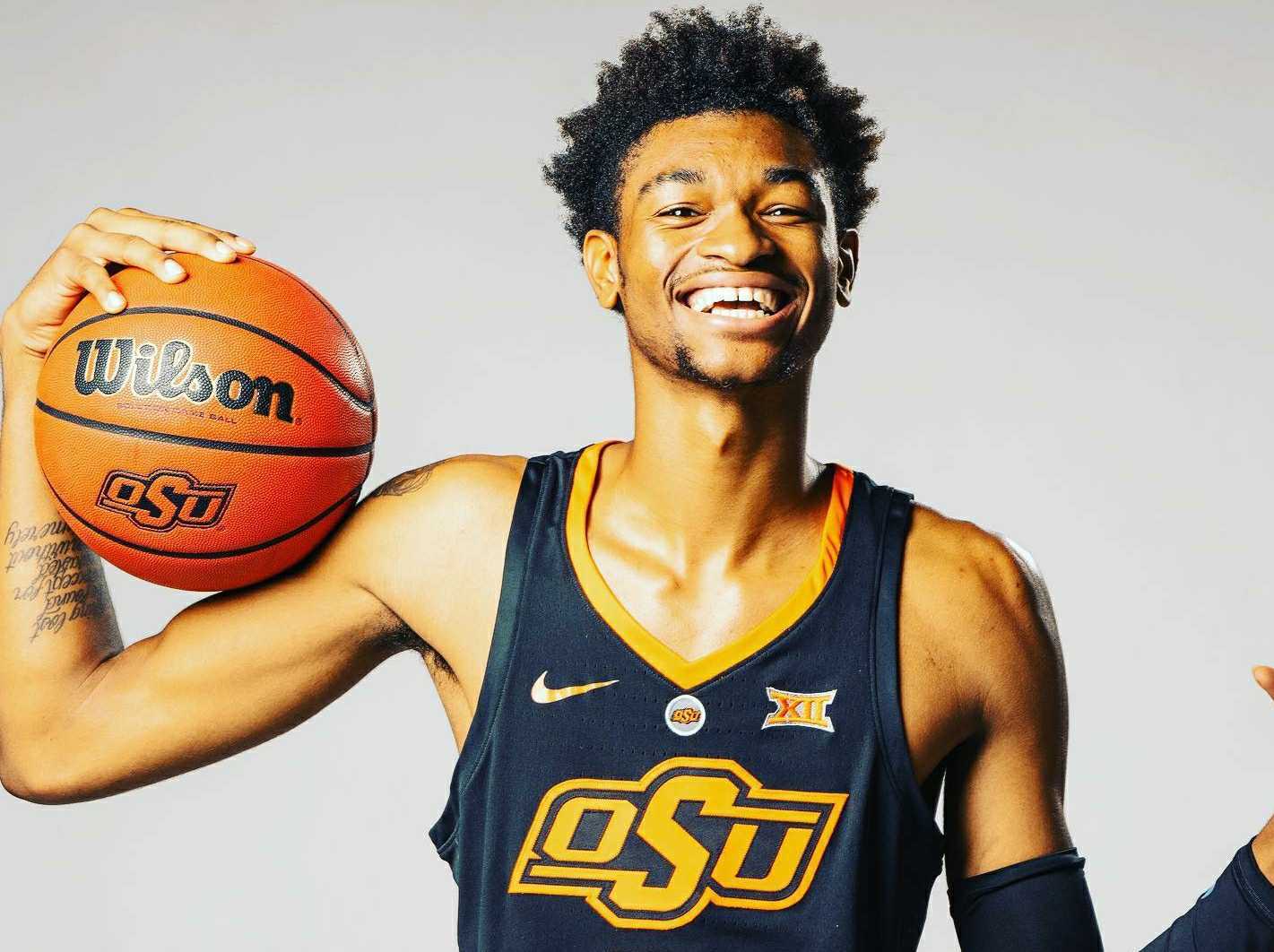 The 6-10, 200-pound forward is a product of James Martin High School in Arlington, Texas. Pena was also part of the Texas Titans travel program, where he was teammates with two other members of this class, Cade Cunningham and Rondel Walker. He was at one point a member of the 2021 class and was thinking of reclassifying back to the 2021 cycle, but he decided to join Cowboy head coach Mike Boynton and company this upcoming season in Stillwater.

I was able to watch two Texas Titans games, one against the NY Renaissance and the other against the Mac Irvin Fire, which featured Pena. A majority of the clips below will be from those two contests.

When the Oklahoma State basketball team held their “NBA Combine” style workouts a week ago, Pena recorded a 42.5 inch vertical jump. To put that in perspective, here’s where he would’ve finished in the last three NBA combines:

And, he wasn’t afraid to show off his leaping ability at the high school level, as you can see below.

In addition, Pena can get up and down the floor pretty quickly for a guy standing 6-10. In the next clip you’ll see he and fellow Cowboy Cade Cunningham working in transition.

Pena’s balance and body control on the court are very impressive. The only issue for me in this department is getting stronger as he progresses through his college career. He has a good frame that looks like it can take some additional weight, but the question here is if he can maintain his stellar athleticism after adding some muscle. I personally think he can, as we have seen coach Boynton’s staff do a solid job in the strength and conditioning department since he’s been running the program.

Pena is going to fit perfectly in Boynton’s fast-paced style of play. As I mentioned above, he’s extremely athletic, and you’ve already seen that he can be a force on the fast break. Outside of the transition game, Pena works really well out of the pick-and-roll … especially when it’s being initiated by Cunningham. Over the course of the two Texas Titans games I watched, these two were in multiple pick-and-roll situations together.

He has decent footwork on his screens and isn’t afraid of contact, which is why I think Cunningham called for Pena at the top of the key quite often when the two were in the game together, one example shown in the next clip.

I would like to see a little more pick-and-pop with Pena, as opposed to normally rolling to the basket, but I think it’s something he can easily add to his arsenal.

The primary reason I think Pena can add this to his game is he’s already shown to be a capable spot up shooter from the outside. He didn’t take a lot of shots from distance in the Texas Titans film I watched, but he did take fire it up at Martin High.

There’s some fine tuning that can be done to his overall mechanics, but I liked what I saw.

Passing is the one main areas of improvement I see for Pena. If he can be a quick decision maker, especially if he’s able to pass well out of the pick-and-roll, this could be huge for the Cowboys.

Pena’s length plays a huge role in his ability to contest shots. Additionally, it allows him to recover nicely if he’s beat off the dribble, as shown in the next clip. I think he can be a big time rim protector for the Cowboys, as long as he can do it without fouling.

Despite his slimmer frame, Pena did a nice job of battling in the post. In addition, he’s a solid rebounder and did well getting position to snatch defensive boards. He was able to hold his ground and didn’t really get worked by anyone I watched him go up against with the Titans, which included some talented guys as you can see from the list below:

Pena was able to defend in the pick-and-roll as well, and his athleticism gives him the ability to stay with smaller guards on the perimeter. If he can maintain this switchability in college, it will be huge for the Pokes. His overall team defense and general awareness needs a little work, but Pena is a talented all-around defensive player who doesn’t lack effort on that end of the floor.

I really, really like what Pena can bring to this Cowboy team. I don’t think he will be a guy that gets a ton of minutes right away, but if he works hard in the weight room and continues to develop his outside shot, he can be a primary contributor for this OSU team down the road.