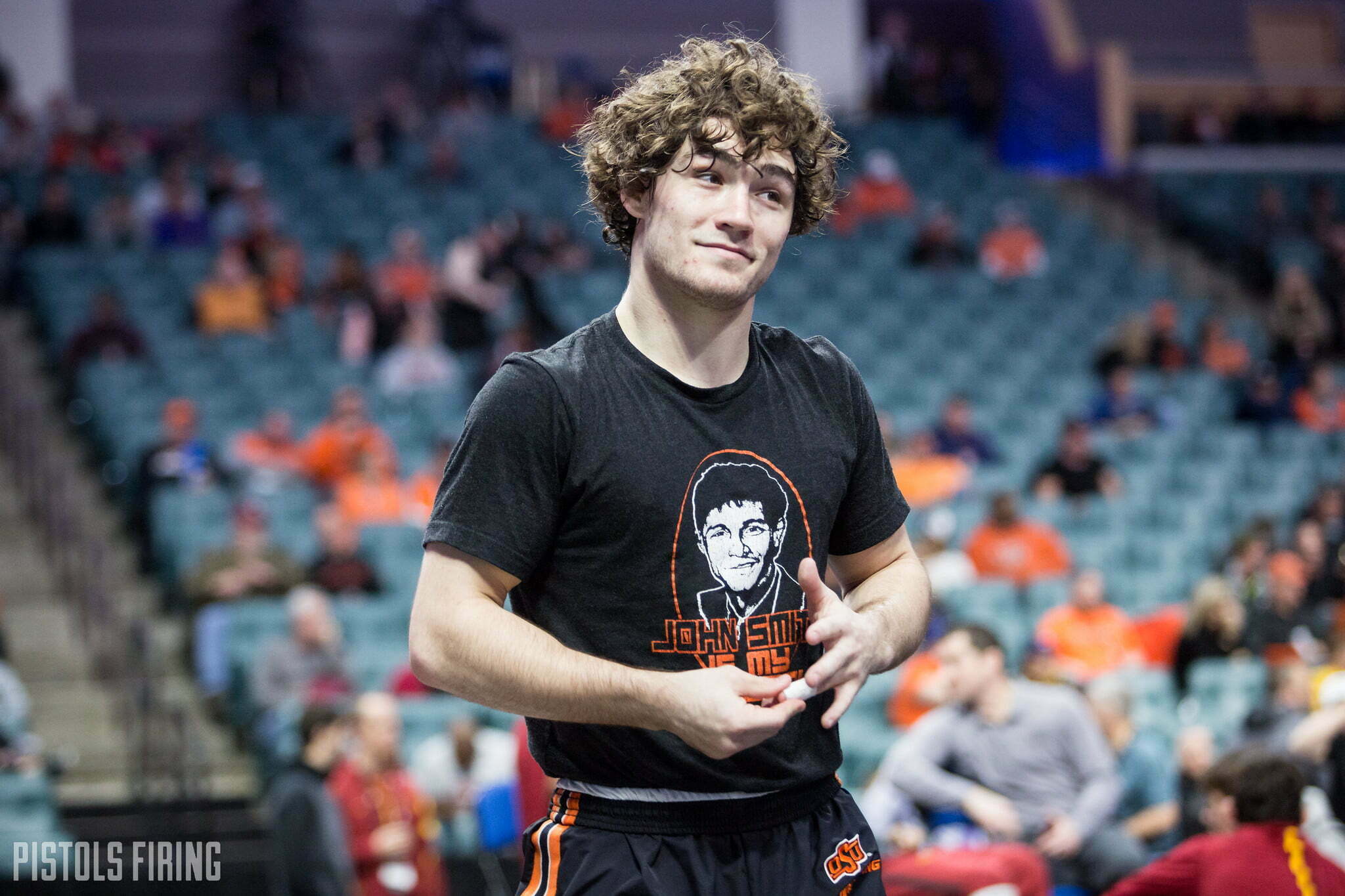 Daton Fix will have a best of three wrestle-off Saturday with Thomas Gilman. This will decide who represents the United States on the Senior World Team at 57 KG at the World Championships in Kazakhstan in September.

Here are 5 things to know about this matchup.

If you weren’t aware, Thomas Gilman attended the University of Iowa which makes this a match-up of the biggest rivalry in the sport. Their styles match the persona’s of both programs. Fix, who you’re probably familiar with already, is incredibly slick. He follows the traditional Oklahoma State model of having a really wide variety of offensive attacks and a very diverse technical skill set that he uses to score with.

Gilman, on the other hand, is a bruiser. He’s physical, he’s also incredibly strong and uses his strength to control the real estate and positioning on the mat, very much the traditional Iowa style. Expect him to try and force a lot of push-outs and to try and work Daton to the edge where it’s harder for Fix to open up his offense and score.

2. The Series Is 2–1 Gilman with Fix Winning the Last Match

Last year at this exact event, Gilman beat Fix two matches to none to claim the World Team spot. About a month and a half ago Fix beat Gilman in the finals of the US Open. Looking at last year’s matches comparative to the most recent one, you can certainly see that Daton has physically matured and that he’s gone a long way in helping him close that gap with Gilman. The margins are thin on this one and it could definitely go either way. Here’s the last matchup.

This goes down in Lincoln, Nebraska on Saturday June 15 at 6 p.m. CT. FloWrestling will be streaming, which pulls back to some of the discussion on the new ESPN+ rights deal for wrestling. The accessibility to ESPN+ will give more people the ability to watch duals during the regular season, but if a fan dropped their Flo subscription after the ESPN+ deal was announced, then they won’t have access to this.

4. Their Personalities Couldn’t Be More Different

I don’t know what it is about these Iowa guys, but many seem to have a similar personality and reputation of their coach. We see it with Gilman and it’s something we also saw with Austin Desanto. Tom and Terry Brands were long before my time, I was nine years old when this article was written in the Chicago Tribune about Kendall Cross’s win over Terry Brands at the World Team Trials. But according to it they were absolutely hated, and they really didn’t seem to care.

Brands, the evil twin of the eminently dislikable brothers from Iowa City, was an easy 7-2 winner in the opening match. But Cross rallied from two deficits to win the second 7-6 on a two-point exposure with a minute left and then held on to take the third 8-7.

“If I can beat him, I can beat anybody,” said Cross, of Raleigh, N.C., about his Olympic medal chances. He had finished sixth in 1992.

When it was over, Brands behaved as churlishly as he had at nationals, refusing to shake hands with his conqueror. He knelt crying on the mat as boos rained down.

“I guarantee if you took a vote, neither of the Brands brothers would be on the Olympic team,” said 1993 world champion Tom Brands, an easy winner over Jeff Fisher at 136.5. “But if the fans aren’t behind me, they can move to Iran.” [Chicago Tribune]

Gilman takes that same approach to the sport. He doesn’t care what anyone’s opinion of him is and he’s not afraid to let anyone know it. He even once nearly started a brawl in Gallagher-Iba.

Fix, on the other hand, is the complete opposite, not that he necessarily is concerned with anyone’s opinion of him. He’s just a very likeable guy. I’ve been covering OSU and him for almost two years now and he’s been nothing but a pleasure to interact with. He’s always professional, well-spoken, and a great interview. Even in his rare losses he keeps a level head and maintains his composure. USA Wrestling even raves about his popularity in this article from the regular season. It’s really a very intriguing contrast.

5. Daton Would Be OSU’s First World Team Member since 2012

OSU has not had a Senior Olympic/World Team member since 2012 when Coleman Scott made the Olympic team and won a bronze medal. Six years isn’t an uncommon drought for a lot of programs, but at Oklahoma State that is a big gap, especially for a program that was putting out multiple team members a year in the mid-late 2000s. Could Fix, the superstar freshman from Sand Springs be the first to get OSU back on a World Team?