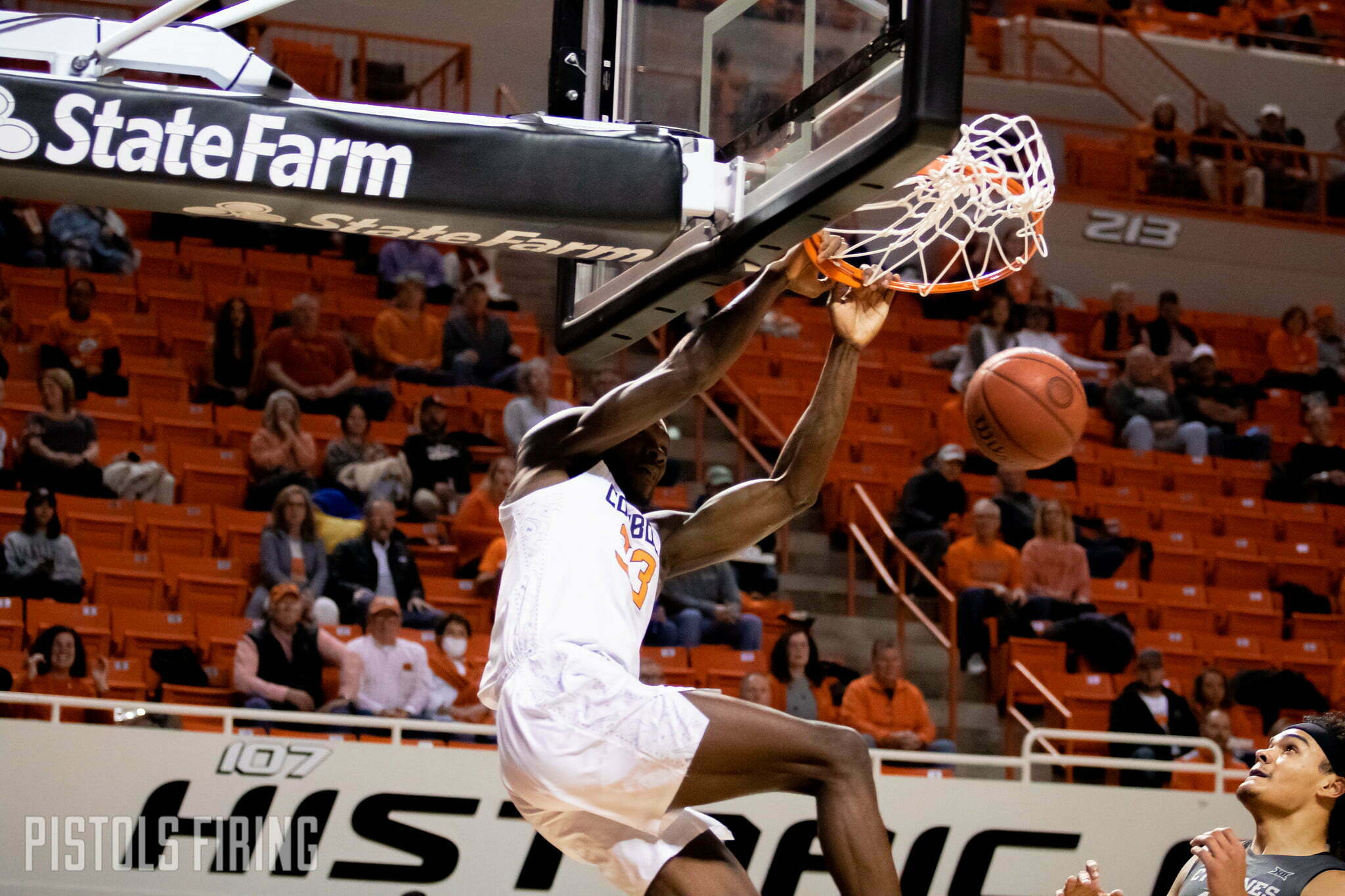 The Cowboys might have won ugly, but the Cyclones lost even uglier.

Oklahoma State defeated Iowa State 53-36 on Wednesday in Hilton Coliseum. Despite the Cowboys having a season-high in turnovers, Iowa State had to go back a lot further in the record books to do what it did. Here are five thoughts from the game.

Iowa State hasn’t scored 36 or fewer points in a basketball game played in Ames since 1948.

Back then, Harry Truman was president of the United States, and it was the year the first polaroid camera went on sale. For further reference, Hilton Coliseum, where the Cyclones play, wasn’t opened until 1971.

The Cowboys held Iowa State to 28.3% shooting, the Cyclones’ lowest percentage since the 2010-11 season.

It was absolutely suffocating. Iowa State had 16 turnovers, and OSU blocked seven shots.

2. But Turnovers Were Disgusting

OSU pulled away late. The only reason it didn’t happen earlier was because it looked like OSU was playing on a slip-and-slide with a greased turkey as a basketball on the offensive end.

The 22 turnovers are the most OSU has had in a game this season. Of the 10 Cowboys who played Wednesday, only Tyreek Smith and Matthew-Alexander Moncrieffe avoided the turnover bug. Rondel Walker was the only OSU player with one turnover. The other seven had multiple.

It’s not like one guy was the catalyst, either. Kalib Boone had the most turnovers with four, but most players hung in that two to three range.

Moussa Cisse has brought down double-digit rebounds in five of his past six games.

He had 12 boards to go with his eight points in Hilton. He was a large part of the Pokes’ defensive effort, stuffing two shots and deterring many others.

Adding to all the rebounds he has grabbed of late, Cisse hit a jump shot from near the foul line, something he hasn’t done much of in his college career. Iowa State also attempted to foul him late, but Cisse knocked down both free throws. He is up to 57% from the foul line this season after shooting 32% from the stripe as a freshman at Memphis last season.

Should he choose to comeback for a junior season, he might average a double-double.

Keylan Boone played for the first time since Valentine’s Day, and 37 seconds after checking in, he hit a 3.

Boone finished with five points, going 2-for-7 from the field, but he did have six rebounds, two blocks and three steals, helping the Pokes’ defensive cause with his length. He played 27 minutes, the most he has played in a game this season.

Saturday will be an abrupt end to a basketball season.

In a normal year, OSU would be fighting for a tournament spot, needing to get to .500 to play in the NCAA Tournament or NIT. But when the clock strikes zero on Saturday when OSU hosts Texas Tech, that’s just it. No matter how anything goes, it’s just over.

It’ll be a weird way to end a weird season, but the optimistic point of view is Saturday will somewhat put an end to the dark cloud that has hung over the program since the FBI stuff broke back in 2017. Scholarship reductions still might affect OSU’s on-court product the next few seasons, but the impending doom of what a tourney ban could do to a program will be gone.